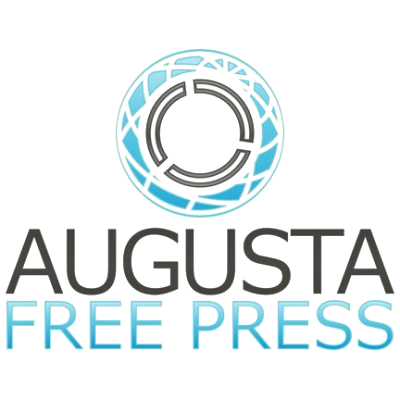 Front Page » Business » Kratomic Bomb: The highs and lows of kratom for pain

Purchase a subscription to AFP | Subscribe to AFP podcasts on iTunes

The human body is hardwired to accept pleasure but reject pain. That’s why when you feel any amount of painful discomfort, the instinct is to find ways to immediately alleviate it. The more instantaneous the results, the better humans prefer it because no one wants to suffer. Currently, kratom for pain is the new wonder treatment.  This magical herb is touted to relieve chronic pain, offset anxiety, and tame depression. On top of that, many scientists have discovered that it can counter the addictive high people get from using opioids, which ironically is also used for pain management.

Grown in SouthEast Asia, kratom comes from the tropical evergreen tree with the scientific name Mitragyna Specios Korth. This wonder herb is known by other names like, Biak, Ketum, Thom, Kakaum , and of course, Thang. Before drugs were even invented, the leaves of kratom have been used for centuries to alleviate pain. It can actually be eaten raw, but it is more popularly crushed and brewed as a tea. Recently, kratom has been morphed into tablets, syrups, or capsules.

Kratom is said to have the components mitragynine and 7-hydroxymitragynine. Both words are a mouthful, but pay close attention to the face that they are similar sounding to the kratom scientific name. These two supposedly attach to proteins in the body called opioid receptors. The result is pain reduction because the intensity of pain signals headed for the brain are dampened, lessening the effects of painful stimuli. Moreover, this influences the regions of the brain regulating and controlling emotion, so it can help give your mood a boost drawing you out of your depressive state.

Studies indicate that in lower doses, it can act like a mild stimulant. In contrast, in higher doses, kratom is a sedative. The polar reactions in the body caused by this herb shows that it indeed can have multiple uses. Those in need of stimulation, like those who are depressed and anxious, can use this as a mood lifter and even an energy booster. On the other hand, those in need of relaxation, especially those suffering from pain, can greatly benefit from it. It also has the capacity to soothe stress.

In the recent years, kratom for pain relief has gained popularity as an alternative to opioid medications like Vicodin, Morphine, Tramadol, OxyContin, and the like. These opioids, though very effective, are severely habit forming. Many patients find themselves reaching for more opioid pills, not just to relieve their pain, but to feel the rush and high.

Physicians have currently pushed for limiting disbursement of this type of medication because many have become addicted to opioids. Patients, transformed into junkies, are being rushed frequently to the ER because of opioid overdose. Worst case scenario is they do not make it. And many don’t! The opiod drug misuse has swept the nation creating an opioid epidemic with fatality rates surpassing death by car crash.

Kratom comes at a perfect time for managing chronic pain in patients who cannot get by and survive with just ordinary pain killers. There are many legal cases that warrant the use of opioids, but the fine line of responsible use and abuse is just too thin, so many health care practitioners no longer wish to skate over it.

Now, they turn to kratom for pain management. It has been dispensed to treat chronic conditions that grapple with acute pain like arthritis and fibromyalgia. On top of that, kratom is seen as the herbal remedy for treating symptoms of opioid withdrawal like combative temperament, mood disturbance, and even muscle pains.

The Drug Enforcement Administration of the United States of America rattled the medical community when they announced their intention of placing kratom’s two component ingredients on its Schedule I Drug List. The other popular banned drug on this list is the heroine.

The drugs on this list are touted to have no currently accepted medical use. On top of that, these drugs are perceived to have a high potential for misuse and abuse. Mitragynine and 7-hydroxymitragynine are these two controversial components. Being classified into the Schedule I category would make the possession of kratom or its sale illegal. The DEA proposed to keep it on that list for a minimum of two years.

The announcement of the DEA resulted in a huge backlash. A multitude of supporters of the herbal drug protested this gross injustice by rallying at Lafayette Park in Washington D.C. On top of that, they handed over a petition signed by one hundred twenty thousand people opposing the ban.

Their message was loud and clear that the DEA failed in handling the opioid crisis and that they would fail even more if they take a hit at kratom. Doing so would only make the situation worse. In addition, those opposing the ban explained that placing kratom on the Schedule I drug list will halt any research on the product. Whatever gains that have been made in exploring kratom will be impeded and totally wasted.

Instead of imposing a total ban on Kratom, the US Food and Drug Administration, led by its commissioner who is also a medical doctor, published a public health advisory. Therein they informed everyone about the possible risks of using kratom. Education and information were the intent, seeing that the majority were in up and arms over the DEA’s intention.

There has not been published research on kratom but results of a Drug Policy study conducted by scientists revealed that kratom was described as easily available, affordable, and has no serious side effects despite prolonged use.

Some studies, however, indicate that kratom can cause dizziness, nausea, sweating, and vomiting in some cases, with the people even seeking out poison control measure. On top of those, a few figures fear that kratom can also create dependency issues, with several cases of psychotic symptoms like hallucinations and confusion being reported.

That being said, withdrawal symptoms of using kratom are milder when compared to opioid drugs. More importantly, kratom does not lower the respiratory rate unlike opioids, the latter being the primary cause of death in opioid overdose. As with many substances, the risks become higher when taking it in concentrated doses.

If you are using kratom or thinking of using kratom, it is your responsibility to educate yourself and to read up on its possible consequences. You have to be a responsible consumer. Living with pain every single day is not easy. Being unable to manage this pain will certainly have a huge impact on quality of life. Ultimately, the person who owns the body is the best healthcare advocate for his/her cause. Only you, along with the guidance of your health care provider, can decide if kratom has a place in your life.