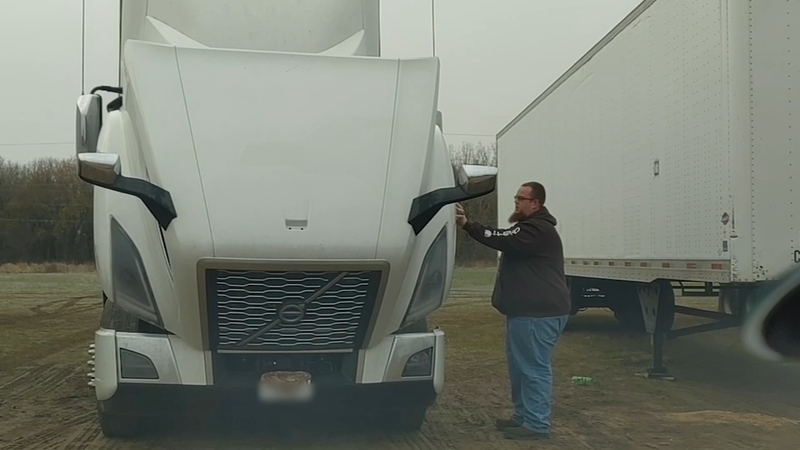 CHICAGO (WLS) — The gummy candy company Just CBD, which bills itself as “the future of CBD,” now has defending a federal lawsuit in it future.

Winnebago County truck driver Trevor Darrow has filed a class action suit in Chicago against the Florida-based firm after he lost his job due to a failed drug test.

“At first I thought there was some kind of mistake the lab had made,” Darrow told the I-Team in an exclusive interview.

But the only mistake according to the veteran trucker was that he believed the CBD packaging.

“There’s a symbol on the label that states that there’s no THC in the product itself,” he said.

In his suit filed in late October, Darrow’s attorneys say, “Those advertisements were false, however, because the ‘JustCBD’ products contain THC.”

They argue that Just Brands USA violated the Illinois Consumer Fraud and Deceptive Trade Practices Act by labelling their CBD candy products “No THC” when the products actually contain THC, they claim. THC is the psychoactive compound that gives marijuana users a high, and can stay in a person’s blood stream for weeks.

According to the suit filed in the Northern District of Illinois, Darrow bought the company’s gummy watermelon rings last July to help him with sleeplessness.

“One or two gummies per night knocked me right out and I slept throughout the entire night,” he said. “And for two weeks I was taking the product and that is the result of the failed drug test.”

Darrow, 33, said he failed his employer’s drug test because of THC in his sample, which he blames squarely on the CBD candy, and was fired.

“What it said on the label was ‘no THC.’ So Trevor bought these gummies specifically because it said no THC,” said Naperville attorney David Fish who is representing Darrow. “He, as a truck driver, knows that he can’t take THC, so he bought the specific product it said no THC.”

Darrow said he had been a freight truck driver for a decade and never failed a drug test, according to Fish.

“We couldn’t believe that somebody would put no THC on the label,” Fish said.

In a statement to the I-Team, a spokesperson for parent company Just Brands said the lawsuit “has no merit.” The company doesn’t deny that there is THC in its products, but that it is manufactured within “current laws and regulations.”

“Just CBD takes great pride in the quality if its products, its testing protocols and uses isolate based products, which do not contain THC above .3%, which is consistent with current laws and regulations,” the company statement maintains.

“It is also worth noting that drug tests administered by employers vary greatly in their accuracy and sensitivity to a number of chemical compounds, recreational or pharmaceutical drugs that could result in a positive finding of THC,” the spokesperson said.

“It boils down to this,” Fish said. “There needs to be federal labeling. Consumers, including truck drivers, need to know what they are getting into before they buy something.”

According to Fish, it took Darrow a couple of months to regain employment after the failed drug test.

The class action lawsuit is open to anyone who, in the past three years in Illinois, purchased Just CBD products with the “no THC” label. Joining the federal suit isn’t limited only to truck drivers or to those who failed a drug test as a result of using the product.

“Especially right now with marijuana becoming legal in Illinois, there’s just a lot of a lot of changes going on,” said Fish. “People are finding that their drug test are turning out not what they expected-including Trevor.”

As the ABC7 I-Team reported in late September, CBD products are sold with no oversight.

“The Illinois legislature has not done a good job of protecting consumers here. We think that there should be laws related to how these products should be labeled,” he said. “It’s very unregulated but because these laws allow companies to do whatever they want.”

He said their lawsuit is the only venue to find relief for Darrow and others who believe they were misled by the manufacturers.

“We made a federal case out of it because we think it’s a big deal,” Fish said.

Darrow did save his Illinois commercial driver’s license and has managed to find another job as a part-time local driver. The legal action aside, he has one piece of advice.

“If you are not wanting to fail a drug test do not take any CBD product especially if it doesn’t have any kind of warnings on the label,” Darrow said.