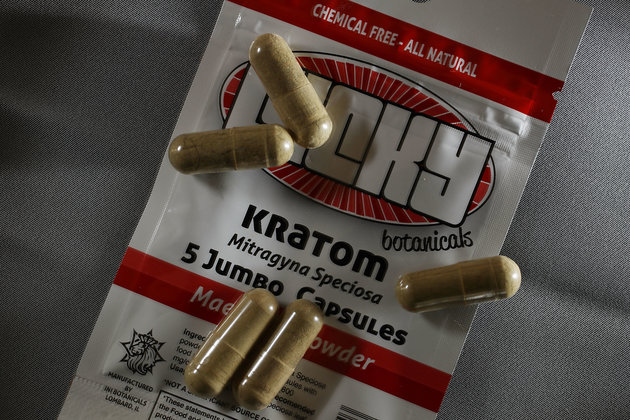 Thousands make claims that kratom, an herb closely related to the coffee plant, has saved them from numerous afflictions and are taking offense that the legality of something completely natural could even be a question.

Advocates of the herb argue that the effects are no different than having a cup of coffee, except unlike coffee, it wards off the urge to take opiates such as oxycodone and heroin. Others say they use it primarily to fight pain and anxiety disorders, or to help take away the edge of the excruciating withdrawal processes of strong pharmaceutical-grade painkillers, anti-anxiety medications, antidepressants and other drugs. A natural alternative during a time that opioid use has become epidemic in our country seems like a no-brainer, yet a massive amount of people have found themselves battling the “fight of their lives,” literally.

Take David Derian, co-founder of Botanical Education Alliance (BEA) and a leader of the kratom community, for example. Heavy spoke with the advocate, whom has devoted nearly everything to get the truth out on the herb, even going so far as to doing lab tests and studies to validate his educated stance. And for good reason, as told to Heavy by Derian:

I was born with an extra vertebrae in my back and was on heavy pain medication since I was a teenager. That just kept leading up, leading up…until it became abusive and pretty much controlling my life. For about 12 years, I was on Oxycontin, Xanax and drank on top of it. I got to a point where I was really trying hard with rehabs and everything I could to manage my life. In a rehabilitation facility I learned about kratom from another patient who had just mentioned it to me. Even the mention of it had already started helping me and giving hope…I clung onto that hope…I got out and I researched it and bought some. Tried it and loved it…really didn’t know much about it except for I knew it was helping with my pain and the cravings just disappeared. The drug dreams I had and all of that…it went away. People who knew me noticed a difference, and suddenly the ‘old David’ was back.

Derian went on to explain that this was in 2010, when kratom had not really been marketed in the United States yet. Being a self-touted “serial entrepreneur,” the advocate decided to make a business out of it. But he didn’t take the task lightly, and did things in the smartest ways possible. He began going to trade shows and organizing companies that sold kratom to hold themselves to certain standards. At the time he said he could foresee problems because they were being tied to “synthetic cannabinoids, research drugs and a lot of bad press.” Derian held meetings and urged people with kratom businesses to “follow certain procedures, do lab testing, label this way and the like.”

In 2013 when Arizona launched a bill to classify kratom as a Schedule I drug, Derian took matters upon himself and called a lobbyist one day before it was set to be scheduled. “We were successful in Arizona and they chose to withdraw their intent, and then Illinois popped up and we did the same thing,” he told Heavy. “We got a lobbyist there as well…but they did things a little different. They negotiated with us and restricted it to people 18 and over.”

Several states subsequently popped up trying to ban kratom, and Derian stated that the domino effect started “going our way,” because of the education being provided to lawmakers. “Some states just aren’t willing to listen to reason though,” the entrepreneur explained. And in some cases, Derian, along with lobbyists and other advocates, simply didn’t stand a chance with other states. “Wisconsin somehow got through the Senate and the House without being detected by any computers or lobbyists and ended up on the governor’s desk by the time we heard it…but by that time it was too far gone,” he said.

The Botanical Education Alliance (BEA) is an organization dedicated to educating consumers, lawmakers, law enforcement, and the media about safe and therapeutic natural supplements including Mitragyna speciosa, also known as Kratom. Our mission is to increase understanding in order to influence public policy and protect natural supplements. Our vision is to create a society where every adult has the right to access safe and effective natural supplements.

The BEA pursues this mission by engaging the Kratom community and informing decision-makers about government overreach and the criminalization of natural supplements, many of which have been used safely for centuries. Once access to safe and medicinal natural supplements is ensured, we will work to establish the proper policies to protect consumers from mislabeled, confusing and adulterated products. Governed by a Board of Directors, the Botanical Education Alliance is an independent institution.

I took this to the White House. Met with the offices of Bernie Sander’s, John Yarmuth and Thomas Massie. I was personally educating them and why it was important to keep kratom legal. I had meetings with their aides, but was able to meet with Yarmuth personally. It was so amazing…to go in and have someone take me seriously about something so important. A lot of people are taking kratom to stop taking opiates, heroin…the part people are missing out on is how safe this herb is as a natural alternative to dangerous pharmaceuticals. Addiction hurts, it’s painful…and with kratom I have found people who are several years into being clean. I’ve met a whole group of people that have renewed my faith that there is a recovery for addicts. This is the fist time in 20 years that I’ve felt addicts stand a chance. You don’t give people recovery by putting them on methadone and the like…they’re not using in a sense but they’re not in recovery either because they’re not essentially clean. You put them in a hallway so they don’t die, but they still aren’t recovered. When you take kratom, you can recover 100%…it silences the monster and gives addicts and alcoholics the chance to heal and enhance their recovery. Kratom is something safe that isn’t setting people up for failure. These people are paying their bills and child support, they’re working and upstanding citizens because of the plant. It’s about being a productive member of society, that’s what kratom can do for people.

On August 31 2016, the Drug Enforcement Agency (DEA) announced a plan to ban kratom in the United States, causing panic and outrage to the thousands who use the leaves. They were specifically looking to outlaw the compounds mitragynine and 7-hydroxymitragynine found in in the herb, but the issue has since been handed over to the United States Food and Drug Administration (FDA).

As for Derian and Devine,they aren’t backing down anytime soon. Their core mission is make education a top priority in the world of kratom, which they believe has and will continue to save countless lives.

Perhaps if all lawmakers took the time to learn about the natural herb’s benefits, none of the bans would be in effect and instead even more people could be saved from the crippling and often times deadly side effects of some pharmaceutical drugs. In fact, the Centers for Disease Control and Prevention currently estimates that 91 Americans die from an opioid overdose each day.