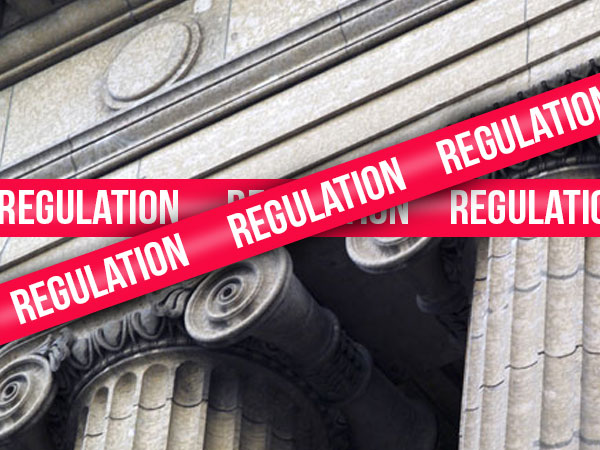 The regulators are at it again.

At the Food and Drug Administration, officials intend to take nationwide the ban on the use of trans-fat in restaurants Michael Bloomberg implemented in New York City when he was mayor. In Colorado, lawmakers want to regulate programs that train yoga instructors, prompting one yoga studio owner to complain, “How can you have people who know nothing about yoga regulating yoga schools?”

Now, in this climate of regulation, some states want to ban an herbal remedy called Kratom (botanical name Mitragyna speciosa), which is taken regularly by millions of people. Native to Southeast Asia, Kratom comes from the leaves of a tree in the same family as the coffee tree. “[Kratom] leaves…have been used as an herbal drug from time immemorial by peoples of Southeast Asia,” according to one Kratom user guide. “It is used in folk medicine as a stimulant (at low doses), sedative (at high doses), recreational drug, pain killer…and treatment for opiate addition.” The leaves are steeped in water to make a tea the user drinks, although the herb is also available in capsule form.

In the United States, Kratom is most often used as an opiate substitute to relieve pain. It is not unusual for a consumer to choose a product like Kratom, since at present one third of all Americans employ some type of alternative medicine in their daily lives, relying on supplements like fish oil and melatonin and activities like yoga and chiropractic care to maintain their health. As for Kratom, as Scientific American observed, “[I]f you want to treat depression, if you want to treat opioid pain, if you want to treat sleepiness, this compound really puts it all together.”

Most users chose Kratom over pain-killing drugs because they prefer an herb found in nature instead of a substance produced in a pharmaceutical lab. One user offered his experience to Scientific American: “I have used this natural unadulterated leaf for over five years to treat the pain and symptoms of diverticulitis, bulging discs, and degenerative disc disease. During this time…I have completely quit my dependence on pharmaceuticals like Vicodin and Oxycodone. Prior to finding this plant, I was hopelessly dependent on opiates, which no longer even worked to alleviate my pain.” Another user added: “Kratom…keeps me away from horrible opiates. It kills most of my pain to where I can function.”

Another user added: “Kratom…keeps me away from horrible opiates. It kills most of my pain to where I can function.”

As a compound, Kratom is unusual in that it can produce varying results depending on the amount taken. A low dose will excite the user, a high doze calm him. With the high dosage, “[the] greatest risk is falling asleep,” notes the user guide. “Kratom is not habit forming when it is used responsibly. Health problems are unlikely unless one is consuming large quantities of Kratom every day.” There is no recorded death of someone overdosing on Kratom.

If Kratom is safe, as Scientific American contended, you sure wouldn’t know it from the way state and local governments are treating it. Four states — Indiana, Tennessee, Vermont, and Wisconsin — have banned it outright. Legislatures in New Jersey and Ohio are considering a ban, while lawmakers in Louisiana have examined a proposal that would allow Kratom to be sold only to individuals 18 years of age and older. Officials in Palm Beach County in Florida considered requiring stores selling Kratom to post warning signs, while the Florida attorney general office is now conducting its own study to determine Kratom’s safety.

Why all the regulatory hysteria? The problem stems from unscrupulous vendors misrepresenting other herbs and selling them as Kratom or, even more troublesome, adulterating Kratom with chemical-based compounds and marketing the product as a “legal high.” “[D]rug dealers in the U.S.,” one publication reported, “have figured out how to corrupt, or adulterate, the Kratom plant by spiking the herb with other chemicals in order to give [users] a high.”

Needless to say, this is not the way traditional manufacturers intended Kratom to be used, but, instead of pursuing the bad players who are deceiving the public, some states have decided simply to ban the herb and others are planning to follow suit.

It’s ironic that at a time when there is a nationwide movement to make medical marijuana legal, states are banning an herb that has been used in some countries for hundreds of years, all because the first impulse of many lawmakers today is to regulate, whether or not it is warranted.