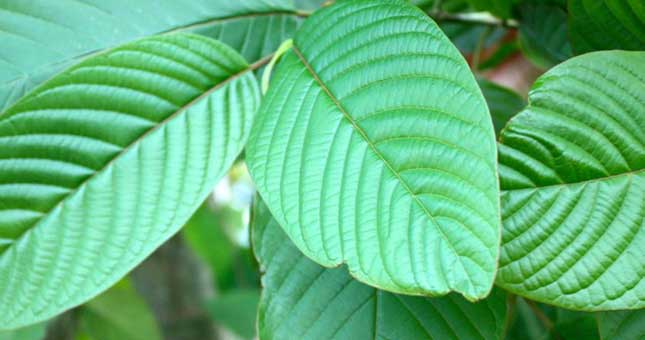 Translated from Indonesian to English, there may be errors

eQuator.co.id – The sudden rise in the number of media reports recently that call kratom (purik) as Narcotics new types of farmers make a scene purik in Kapuas Hulu, considering that this area is the largest supplier purik in Kalbar. Purik gardens scattered from the District Jongkong to South Putussibau.

To search purik plots belonging to the community is not difficult, just browse the Kapuas River and its tributaries. This plant is only suitable in the lowlands and often flooded when rivers overflow.

Age of plants named latin Mitragyna Speciosa in the community garden on average 1-5 years because purik became popular in Kapuas Hulu since rubber prices plummeted last five years. Purik like a drop of dew in the desert, an effort to give new hope to the community. Especially those living in the path of the Kapuas River.

When the price of rubber fell, the police who were carrying out their duties also tighten the gold mining so that the local community like a dead rat in the granary. Now, already hundreds of hectares of gardens planted purik. If included in the group of new types of narcotics, meaning hundreds hetar purik garden belongs to the people must be destroyed.

“Based on laboratory test results together BPPOM, sedatives content is quite high. But there are no rules governing trade system leaves purik. And, get into any kind of classification by the central government? We classify purik in non-timber forest products (NTFPs), “he explained, Thursday (5/5).

Rashid said that, if the sale and purchase purik no question, in fact very much in line with the government program in conservation. He explained, the plant was suitable to be planted on the riverbank to address abrasion.

“Moreover, if purik developed and legalized, could be a source of local revenue (PAD) Kapuas Hulu and the government can get quite large clearance of export and import of these leaves,” he said.

Similarly, the Vice Regent of Kapuas Hulu Anthony L. Ain Pamero. He asked the central government to immediately conduct research related to the content of the purik itself. “Is it permissible to trade or not? If sluggish issued regulations related to this leaf, the more disadvantaged communities. Legal certainty is expected to society, because it was already planted, “he said.

This PKPI politicians hope purik not prohibited. “It is suitable to prevent abrasion of the river. This tree is suitable in the lowlands near the river, “he explained.

“People are already planted and not one year or two years. It’s been many tahun.Kenapa government let farmers lose money, now where the government, “he said sarcastically.

He also urged the government through the competent authority immediately conduct research and establish legal certainty. “If this purik planted secretly, maybe I can understand. But this has been a long and open, why not from the start? “Said Shafi. (*)