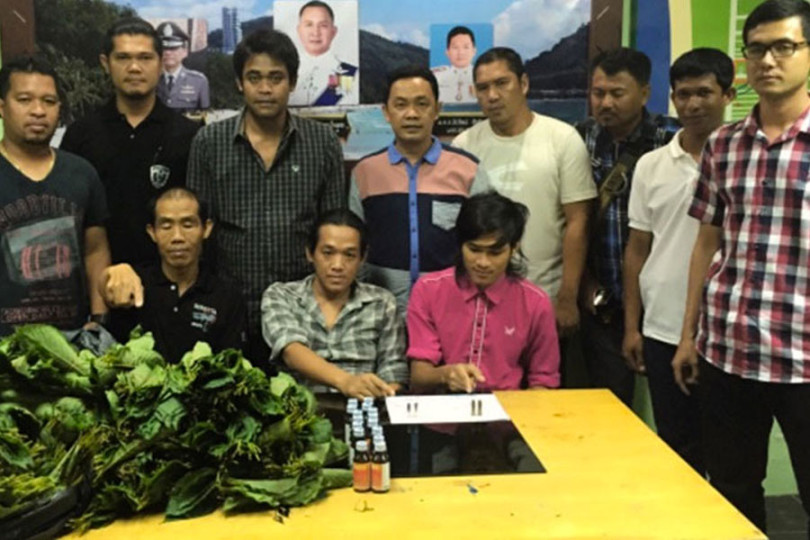 PHUKET: Three men were arrested yesterday (March 2) after being found in possession of a total of four bullets, 10.5 kilos of kratom leaves and 15 bottles of cough syrup after police carried out an anti drug and crime campaign.

Police seized from Tip three bags of kratom leaves weighing a total of 10 kilograms and 15 bottles of cough syrup.

Also in Patong, Police nabbed two men who were found in possession of gun bulletts. Khawn Kapbaosri, 27, was caught with two .38 bullets in Soi Bangwat and Jirachai Sarnin, 23, was found with two .357 bullets on 50 Year Rd. Both men were taken to Kathu police station and were charged with possession of ammunitions without a permit.