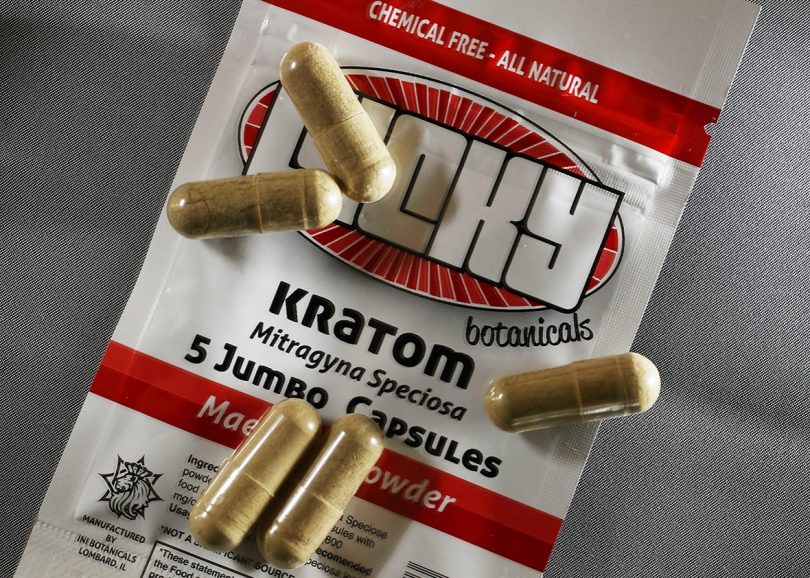 Oct. 26, 2017 — Eric Mayhew Jr. wanted to break his more than decade-long addiction to opioids — one that started when his doctor prescribed them for knee pain.

But he didn’t want to do an in-house treatment and tried to detox on his own.

Nothing worked, until 2 years ago when he tried kratom.

“What kratom does is kills your brain’s desire when you are addicted to opiates and you want opiates,” says Mayhew, 37. “It dulls your pain and you start to get your wits back again.”

Now he takes the recommended dose of two to four capsules a day. He says he has had no side effects but admits he still needs his willpower.

“You have to want things to work. Nothing works unless you understand that,” says Mayhew.

He says he hasn’t relapsed since.

When it comes to withdrawing from opioids, medical experts and addiction counselors agree that you will be far more successful with support than trying it alone. But traditional treatment can be expensive and time-consuming, if it’s even available. Many treatment centers have long waitlists.

One study from 2015 found that only 21.5% of people with opioid abuse disorders are getting treatment. At the same time, about 91 Americans die every day from reasons related to opioid dependence.

That’s why some people dependent on opioids are rejecting traditional, medical-based withdrawal and seeking a do-it-yourself path.

Experts say — and conversations online show — that one of the most talked about methods is using kratom, a little-known herb made from the leaves of a tree that grows on the other side of the world. A recent survey found that nearly 70% of people using kratom were doing so to cut back on or get off of opioids or heroin.

But there’s little research on the herb’s effects on people, and some experts say it also can be addictive.

The herb is illegal in six states and the District of Columbia, and the Drug Enforcement Administration is considering labeling it as a Schedule I drug — a category that includes heroin, ecstasy, marijuana, and LSD. For now, the agency calls it a “drug of concern.”

You have to want things to work. Nothing works unless you understand that.

Christopher R. McCurdy, PhD, a professor of medicinal chemistry at University of Florida’s College of Pharmacy in Gainesville, studies kratom and says while he believes the raw substance holds great promise for opioid withdrawal, he has deep concerns about how it is bought and sold.

“I definitely believe there is legitimacy to using kratom to self-treat an opiate addiction. I believe it from the standpoint of the material we know is pure and unadulterated and good. I just don’t know if all products available are consistently pure and good,” McCurdy explains.

Kratom is made from the leaves of a tropical tree in Southeast Asia (Mitragyna speciosa) that have been used for hundreds of years to relieve pain. The leaves can be eaten raw, but more often are crushed or ground and brewed as tea or turned into capsules or liquids. It is sold online, where prices vary depending on the strains, amount, and form you buy.

The FDA has warned people not to use any products labeled as containing kratom out of concern for its toxicity and potential health impacts.

Drug abuse isn’t just about street drugs. Besides marijuana, legal medicines are the most commonly abused drugs in the U.S. Over-the-counter and prescription drugs can help and heal us. But some can be addictive and dangerous if they’re used the wrong way.

Keep your family safe. Use this guide to help you spot some commonly misused medicines. Because drugs come in many forms, not all pills and tablets are shown. Drug pictures are not to scale.

“As our nation struggles with epidemic levels of opioid abuse, we should be doing everything possible to ensure that those suffering with addiction have access to FDA-approved medicines and appropriate treatment options; not unregulated substances bought and sold over the internet,”  Pfaff says.

In August 2016, the DEA announced its plans to temporarily classify the main psychoactive elements of kratom as Schedule I drugs, calling them an “imminent hazard to public safety.”

The DEA says it is aware of 15 kratom deaths, although other drugs were also reportedly found in those victims.

But after a public outcry, the agency agreed to allow time for public comments and an FDA investigation. The DEA says as of Oct. 12, 2016, it had received more than 23,000 comments from the public about kratom and is reviewing them as part of its decision on the fate of the herb, which for now is up in the air.

The FDA is preparing an analysis of kratom. A spokesperson says the agency has no time frame to complete this review.

A study published in July 2017 found kratom is used for self-treatment of pain, mood disorders, and withdrawal symptoms that come with prescription opioid use. It was found to have few negative effects, including nausea and constipation, but generally only at high doses or when taken frequently.

But there aren’t a lot of human studies of kratom. In 2008, Edward W. Boyer, MD, director of academic development in the Department of Emergency Medicine at Brigham and Women’s Hospital in Boston, published a study about a 43-year-old man who abruptly stopped abusing opioid pain medicine by taking kratom.

The man spent $15,000 a year on kratom he bought online, drinking it in tea four times a day to ease his opioid withdrawal. The man said the herb cut his pain a lot and didn’t make him drowsy or cause any real side effects.

That it helps them stop their cravings for going back to opioids and helps them with their mood. They feel good.

Christopher R. McCurdy, a professor of medicinal chemistry at the University of Florida.

“I think the cool thing about it is this guy went from injection drug use to nothing, and all he had was a runny nose,” Boyer says. “It’s similar to something like methadone or any other opioid, but what is different is withdrawal from those substances is far more involved.”

People who use kratom typically don’t have withdrawals, says McCurdy, the University of Florida professor.

Kratom leaves are like opiates. They’re not illegal painkillers, but can they be dangerous?

“That it helps them stop their cravings for going back to opioids and helps them with their mood. They feel good. They mention that they aren’t lazy like when using opioid prescriptions or addicted to opioids. They feel more productive and are doing things they love again, returning to a normal lifestyle.”

McCurdy’s research on mice shows kratom has a clear potential to treat opioid withdrawal with few side effects.

“It is probably addictive, but its addictive equivalent is something like coffee, which isn’t surprising because the leaf is in the coffee family,” McCurdy says. “We firmly believe that it will be very good for treating opioid withdrawal and may be a possible solution to the opioid epidemic we are facing as a country.”

But he says that would require testing kratom in clinical trials and controlled studies. He’s hopeful that will happen in the next 5 to 10 years. For now, he warns buyers to beware.

“You don’t know what you are getting, and I think that is the scary thing about going into self-treatment. On the flip side, I can tell you I get at least one email a week from someone on prescription opioids or heroin that states they have gotten off those drugs by using kratom,” McCurdy says.

Some people have found it useful, but nobody can vouch for its safety or efficacy. So to say that it is miraculous is clearly an overstatement.

Boyer agrees, urging caution because he says it’s still not well understood. Kratom isn’t regulated, and there are no standards for what is sold in the U.S. McCurdy and Boyer were involved with a study published in 2016 that analyzed several commercial kratom products and found many had opioid levels that were “substantially higher” than those in kratom’s raw leaves.

“We know that people buy what they think is kratom. We don’t know that it actually is,” Boyer says. “Some people have found it useful, but nobody can vouch for its safety or efficacy. So to say that it is miraculous is clearly an overstatement.”

While kratom seems to be the most commonly used substance for self-detox from opioids, experts say other people try marijuana, Imodium, and over-the-counter pain relievers for body aches.

It’s not surprising to me that people would try anything to alleviate the symptoms.

Darren Ripley, a counselor, Augusta, ME

“It’s not surprising to me that people would try anything to alleviate the symptoms,” says Darren Ripley, a counselor with the Alliance for Addiction and Mental Health Services in Augusta, ME. “What I am hearing more of is marijuana.” He says people claim it helps with pain and anxiety.

Research out of Johns Hopkins Bloomberg School of Public Health finds the most common treatment option is self-help groups.

What Can You Do?

Ripley is not just a counselor but also a recovering addict. More than 25 years ago, he says, he got clean with the help of a 28-day medication-based detox program. He thinks that to successfully detox, people also need a support system and peer-to-peer help like a recovery coach.

Opioid withdrawal is certainly uncomfortable but is not life-threatening. So the safest but most unpleasant approach is just to go cold turkey.

“There was nothing that was easy about it, and I have all the empathy in the world for someone just starting out and trying it,” he says.

When patients overdose on opioids, they often end up in emergency rooms, where they may have a chance to get professional help.

Bayshore Medical Center in Holmdel, NJ, started an intervention program in July to help addicts find treatment. Since then, 64% of those involved in 34 bedside interventions with recovery coaches have entered into treatment and recovery programs.

“When you have a coordinated support team, your success rates will be higher than going home and doing treatment out-patient or on your own,” says Rajiv Prasad, MD, medical director of the hospital’s Department of Emergency Medicine.

If you want to try to detox yourself, Boyer says it’s helpful to at least understand and expect that withdrawal is not going to be pleasant. “Opioid withdrawal is certainly uncomfortable but is not life-threatening. So the safest but most unpleasant approach is just to go cold turkey.”

But Mayhew says kratom was the answer for him. He works, is a proud uncle, takes things one day at a time, and says kratom has been a real lifesaver.

“I am just a guy from Kentucky, but I can tell you it gave me my self-respect, my word, my accountability back, and it gave me back what I felt like before I took opiates. It’s a long road. But you get your life given back. It is a really powerful thing.”