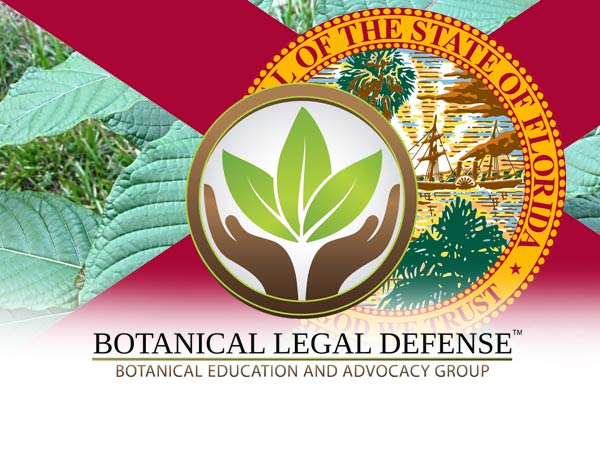 Kristin Jacobs first began her crusade against kratom an herbal product which she herself admitted that she had little knowledge of back in 2013. Jacobs  was a Broward County  representative prior to her climb to state representative. She referred to kratom  as a synthetic street drug when it is in fact a leaf from a tree used historically as tea for hundreds of years in South East Asia. Her attack on kratom began in Palm Beach County Florida where Jacobs used an unfortunate suicide of a young man named Ian Mautner to blame kratom while making a name for herself in politics .  The attempt to ban kratom  in Palm Beach was voted on and the after hearing the facts the representatives in Palm Beach County Florida decided to only urge that it be sold to people 18 years and older. In fact a few members of the committee showed continuing interest in support of the herb .

Next off to Broward county she marched her one woman army. A volunteer representative of  Botanical Education Alliance (BEA),which was called  The Botanical Legal Defense at that time,  spoke and also Albert Balido a BEA lobbyist also spoke at this hearing on the defense of kratom.  Jacobs vowed after a large second defeat on a county level publicly that she was gonna take this to the state level and she would be victorious she stated. 2015 and 2016  she did again file a bill to schedules 1 kratom but this time on the state level. Botanical Education Alliance  again used lobbyist  Albert Balido of Anfield Associates  and proposed an ammendment which would keep kratom available and again Jacobs was defeated by kratom community. There were other groups who also were present during these hearings also who were also lobbying for kratom such as the American Kratom Association. The State of Florida decided to do a study on kratom rather than ban it as suggested in the last amendment proposed by Balido. The state study’s concluded  “A review of available law enforcement and laboratory sources in Florida demonstrates that Kratom does not currently constitute a significant risk to the safety and welfare of Florida residents. According to the Florida Department of Health (DOH), no pervasive health issues have been attributed to the ingestion of Kratom products in Florida.” Florida Drug Law Enforcement (FDLE) REPORT HERE.  Recently when Jacobs was referring to Balido and the other lobbying groups she stated “They have a story,” Jacobs  said “Just like Hitler believed if you tell a lie over and over again, it becomes the truth.”

Florida State Rep. Kristin Jacobs, a Coconut Creek Democrat, filed legislation on Friday to add Kratom to the controlled substance list. House Bill 183 would add Mitragynine and Hydroxymitragynine, constituents of Kratom, to the schedule of controlled substances, offering an exception for any FDA approved substance containing these chemicals. Presently no company has successfully completed the NDI process with the FDA. This process costs millions of dollars and can not be done quickly. One company with a product called Atomic K filed an NDI a few years ago but it was lacking all of the required elements which would  be needed to get FDA compliance. There is another application with the FDA submitted in early September 2016 and is still under review.

Kristin Jacobs comes from the #1 county in the world for opioid addiction. Broward County has staggering numbers of legal pill mills and pain doctors with billboards on the highway. This is the same county where her crusade began to try to take herb that has been proven safe by the State of Florida which helps so may people recovery from opioid addiction. There are literally thousands of people in Broward county alone who have used kratom to get free from opioids. Tens of thousands in the State of Florida who will have very little options and ability to stay free from their addiction if kratom is banned. Why would someone want to ban an natural safe  potential cure for opioid addiction. There are many theories and suggestions but we will let time tell these answers eventually. The righteous will prevail and history will remember.