Andrew Kruegel was six years into his chemistry work at Columbia University, when, one day in August 2016, he learned he might have only 30 days before the government made him destroy his research.

Kruegel had been studying kratom, a leaf long used in Southeast Asia as a stimulant or for pain. It had opioid-like properties, he found, but seemed to offer pain relief without the addictive potential or respiratory side effects of traditional opioids — a riddle that might help illuminate how human opioid receptors work.

The DEA, though, saw the “opioid-like” properties and, citing an “imminent threat to public safety,” announced on August 30, 2016 that in a month, they would make it a Schedule 1 drug, the same classification as LSD, heroin and marijuana. You can research Schedule I drugs, but you need a license and you can’t just order it online, as they had been doing.

“We would’ve had to destroy everything we have, and probably start over,” Kruegel told me. “I was scrambling.”

Kruegel started circulating letters among scientists at Columbia and elsewhere and sent them to regulators. He spoke to dozens of reporters, explaining how kratom was an “atypical opioid.” He wasn’t alone. Thousands of individual kratom users signed petitions and flooded public comments sections with stories about how the plant helped them manage pain or recover from addiction. The DEA reversed course in October, even as new FDA chief Scott Gottlieb took the mantle, repeatedly calling to regulate what he saw as a dangerous opioid with no proven benefit.

Before the controversy, Kruegel thought only a few internet enthusiasts knew about the drug; the outpouring from kratom users surprised him. It also gave him an idea: If the plant was helping so many patients with opioid abuse or pain, why not turn its main ingredient into a drug for a country desperate for alternatives to oxycontin and its opiate cousins? 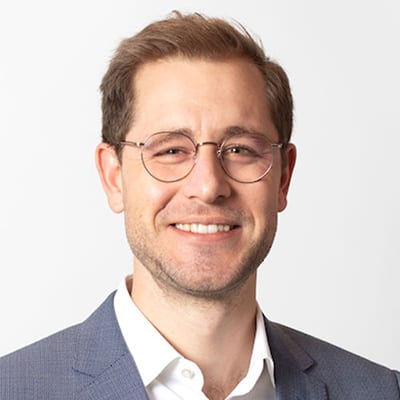 So he founded a tiny biotech called Kures. Today, ATAI Life Sciences, the mental health biotech best known for their work on psychedelics such as psilocybin, announced they’ve acquired Kures in their latest attempt to turn an already widely used substance into an FDA-approved drug.

“I think it makes sense,” Christopher McCurdy, one of the first US researchers to study kratom and who is not involved with Kures, told me. But he points out that the idea is still largely untested: “You don’t know it until you try it.“

Kruegel acknowledged an irony in his company’s founding; had Gottlieb and other officials not tried to ban kratom, he would never have learned how widespread it was and started a company. “Or at least kratom and the derivative we made might not be the focus of the company,” Kruegel said.

For ATAI, those thousands of people saying the drug bolstered their confidence, as similar reports did for their programs testing psilocybin and arketamine as treatments for depression. “It de-risks it,” CEO Florian Brand told me. 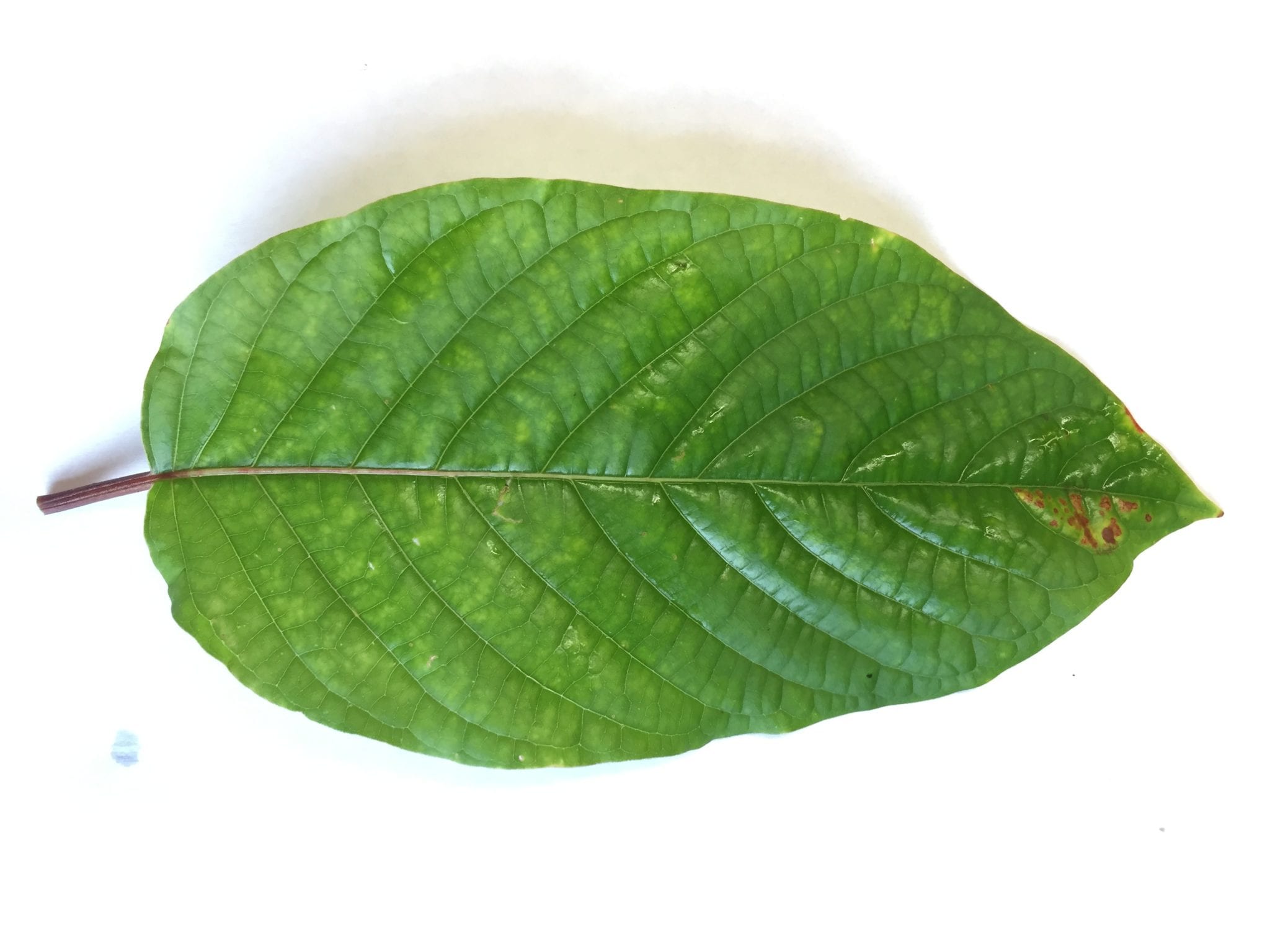 Imported from Malaysia
Kruegel looks how you imagine a chemist who studies plants popular among drug enthusiasts to look. He has a boyish face at 32, with the scratchy semblance of a beard, and he explains the science with readily apprehensible and occasionally humorous candor. Unlike some other researchers of psychoactive substances, he makes no pains to distance himself from recreational users, talking about his first experience as an undergraduate taking salvia, a plant known to give a powerful 20 minute high. (“It’s not really describable in English,” he says of the experience.)

When I ask him how he got interested in studying psychoactives, he gave an answer reminiscent of a stoner grasping at a genuinely fascinating concept. “The idea that you can so profoundly alter human consciousness, with the amount of material in some cases that you can fit on the head of a pin — like, for example, with LSD — is a pretty remarkable thing,” he said. “If you showed a lay person the amount of material that would cause them to have a psychedelic trip, they would laugh at you.”

Kratom is often served as tea, and if you’re looking for a hot cup in New York you can find it, at least before the pandemic, about 100 blocks south of Kruegel’s old Columbia lab at an East Village bar called Kavasutra, though Kruegel wouldn’t recommend it. (“Overpriced,” he says, recommending you buy the ground or dried stuff online or a local supplement shop.) The place also serves kava, a high-inducing Hawaiian root. Outside a yoga teacher in a Hawaiian shirt talks to a body builder about “You are the placebo!,” a book by a chiropractor that promises to show how the placebo effect can reverse cancer and Parkinson’s and, well, pretty much anything else. The kratom comes in a paper cup and tastes like very bitter ice tea.

All this is relatively new, at least to the US. Kratom was first described to the west by a British botanist in the 1870s, who wrote about how it was used in Southeast Asia as a stimulant and pain reliever. It’s still used that way, either when brewed into tea or chewed by day laborers. “It’s really used as a traditional medicine,” Oliver Grundmann, a University of Florida pharmacologist who has published with Kruegel, told me. 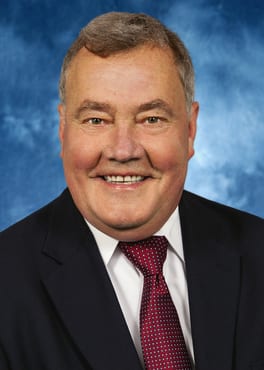 It’s not clear when Americans started using it. There’s evidence of folks growing kratom trees in the South in the 90s, Grundmann said, but research on it and widespread availability only goes back to the last decade. That’s when surveys began coming out showing that people were using it as a pain reliever and anti-depressant.

Midwestern University pharmacologist Walter Prozialeck attributed the use and the interest in the area to the burgeoning opioid crisis. Kratom attracted the hipsters and alternative health enthusiasts who frequent Kavasutra, but it also gained traction online and in some recovery centers as a treatment for those recovering from opioids.

“The area of kratom research just exploded.  If you look at the publication data between 2014 and the present, the number of publications has just increased dramatically,” Prozialeck told me. “It’s pretty obvious that interest in kratom has increased as the opioid crisis has gotten worse.”

Dr. Gottlieb goes to Washington
Kratom exists in a “grey area,” Grundmann said, neither a drug nor a supplement and thus, for now, subject to few restrictions. 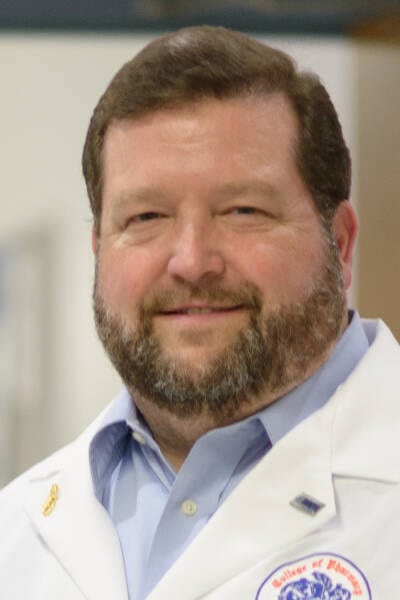 The DEA and later the FDA’s opposition to kratom came as a result of two things: research, including from Kruegel’s lab, showed that the most common alkaloid in kratom, called mitragynine, operated by activating the opioid receptor and the government was deeply cracking down on opioid use. And while labs could work with particular chemicals, the ground and dried leaves that many consumers were buying were unregulated and their quality — or possible contamination — was unclear, McCurdy said.

In a 2018 statement, Gottlieb said the “FDA’s concerns about kratom’s potential for abuse, addiction, and serious health consequence” came after an internal computational model found it operated on opioid receptors. They said they were particularly concerned about what had excited Kruegel: the accounts of people using it for opioid abuse disorder. “There is no reliable evidence to support the use of kratom as a treatment for opioid use disorder and significant safety issues exist,” Gottlieb wrote.

Kruegel by that point had been studying kratom for 8 years, McCurdy for 14 years. The problem, they and others say, is that while kratom does hit the same mu-opioid receptor that oxycontin and percocet does, it does so very differently. It’s what Kruegel calls a “partial agonist” or an “atypical opioid.”

“No matter how much you take, you have a ceiling,” Kruegel said. “That’s probably a major explanation for people who are taking kratom and not dying in droves.” 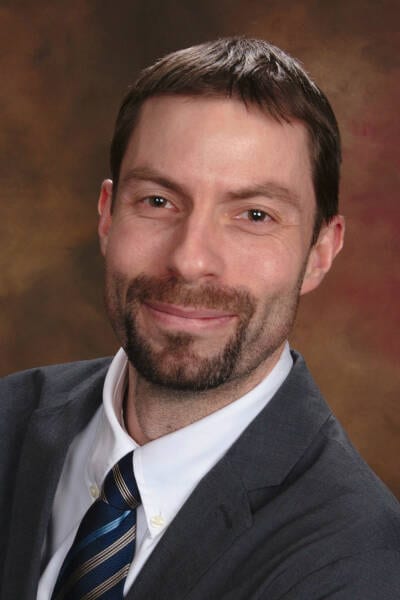 Oliver Grundmann
Grundmann explained that the drug doesn’t hit the beta-arrestin pathway that other opioids do. That pathway is responsible for a lot of the negative side effects of the drugs, including respiratory depression and addiction. That means a less powerful pain reduction but it also means far fewer side effects. Other researchers pointed out at the time and since then that the people who Gottlieb listed as possibly dying of kratom either had other substances in the system or possibly died of other causes.

The DEA has not tried since to restrict the drug, and Kruegel is proceeding as if they won’t. Kures is now doing preclinical studies through outside labs, with plans to move in the clinic with mitragynine next year for acute pain. “We’d like to replace opioids for some people,” Kruegel said, while acknowledging that many will still need the more powerful drugs.

He’s not alone. McCurdy, with the help of the National Institute on Drug Abuse, is working on starting studies on the plant itself and a trial has already begun in Washington. For all the kratom researchers, though, a single question hangs indefinitely in the back of their minds. What happens if regulators change their minds and try again?

“We’re always in a state of limbo,” Kruegel said. “I think the FDA has it out for Kratom.”