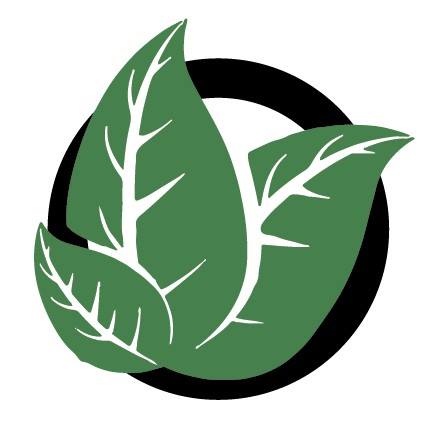 Expert Finds Potential for Abuse May Be As Low As Such Unrestricted Substances as “Nutmeg and St. John’s Wort”

WASHINGTON, D.C. – December 1, 2016 – A long-awaited analysis by one of the world’s leading experts on drug abuse and addiction concludes that there is “insufficient evidence” for the U.S. Drug Enforcement Administration (DEA) to ban or otherwise restrict the coffee-like herb kratom under the Controlled Substances Act.  According to the comprehensive analysis, kratom has little potential for abuse and dependence – as low or lower than such widely used and unscheduled substances as “nutmeg, hops, St. John’s Wort, chamomile, guarana, and kola nut.”

In preparing the report for the American Kratom Association (AKA), Dr. Jack Henningfield, Ph.D., vice president of Research, Health Policy, and Abuse Liability at PinneyAssociates, concludes: “Kratom has a low potential for abuse and a low dependence liability and there is insufficient evidence of personal harm, adverse health effects or detriment to the public health to warrant control under the [Controlled Substances Act] . . . Appropriate regulation of kratom under the [Food, Drug, and Cosmetic Act] is the most effective way to protect the public health by ensuring appropriate access and oversight and to sustain the overall very low adverse personal and public health effects associated with kratom consumption.”

Dr. Henningfield previously served as chief of the Clinical Pharmacology Research Branch of the National Institutes of Health’s National Institute on Drug Abuse (NIDA), and is currently an adjunct professor of Behavioral Biology in the Department of Psychiatry and Behavioral Sciences at the Johns Hopkins University School of Medicine.

A DEA comment period on kratom closes at 12:59 p.m. EST tonight.  AKA has filed its comment letter (http://bit.ly/akacomments), including the Henningfield analysis (http://bit.ly/Henningfieldreport), in the DEA public docket.

The AKA comment letter to the DEA notes: “[K]ratom does not meet the criteria for permanent scheduling under the CSA – under schedule I or any other schedule – and DEA cannot satisfy the legal requirements for use of the emergency scheduling provision of the CSA to temporarily schedule kratom.  Scheduling kratom under the CSA would divert government resources from more critical initiatives, have a significant negative impact on a substantial number of small businesses and consumers who choose to use kratom products safely and responsibly, yet yield no positive impact on the public health.”

The letter continues: “For both abuse potential and dependence liability, kratom’s profile is comparable to or lower than that of unscheduled substances such as caffeine, nicotine-containing smoking cessation products, dextromethorphan, and many antihistamines, antidepressants, and other substances sold directly to consumers.  Kratom’s profile also resembles that of various botanical dietary supplements such as chamomile, lavender, St. John’s Wort, kava, and hops. “

Commenting on the Henningfield analysis, Susan Ash, founder, American Kratom Association, said: “Kratom is a natural botanical product consumed by millions of Americans daily.  Like caffeine, when used responsibly, kratom is enjoyable, safe, rarely associated with any serious adverse effects, and not prone to abuse.  Kratom simply does not pose an imminent threat to the public health.  Rather, kratom is more reasonably characterized as a dietary supplement, and could be ably regulated as such by FDA.  Through that regulatory framework, manufacturers and distributors of kratom could be held accountable for the safety and labeling of their products, while ensuring continued access to Americans who consume them.  We believe such an approach would represent a much more efficient use of governmental resources than the scheduling process could provide.”

The AKA comment concludes that singling out kratom for scheduling would be inconsistent with federal handling of other supplements:  “For example, the botanical substances St. John’s Wort, Valerian, and Kava Kava are known to have reinforcing effects and to act as sedatives, and have been the subject of hundreds or thousands of calls to Poison Control Centers.  Yet, these substances have not been scheduled, but have been regulated as dietary supplements.  The same is true for guarana and kola nut, which also have certain characteristics of a drug of abuse.  Yohimbine, the primary component of yohimbe extract, is an indole-containing alkaloid that is structurally similar to [the active ingredient in kratom], yet yohimbe is available in the U.S. as a dietary supplement …None of these botanical substances is scheduled, despite sharing some characteristics with controlled substances; rather, all of them are adequately regulated by FDA through existing authority.  Kratom, with a comparable or lower potential for abuse than these substances, would likewise be best regulated” by the FDA.

In the United States, there have been few reported serious side effects associated with kratom use and no reported deaths directly attributable to the substance.  There have been no deaths, serious adverse effects, or emergency department visits reported for children.  The relative safety of kratom is consistent with several key clinical and pharmacologic properties of the substance, including its low toxicity, extremely low bioavailability (absorption into the body), and its blocking of opioid receptors that limit the possible euphoric effect and substantially reduces the risk of respiratory depression.

Dr. Henningfield and his PinneyAssociates colleagues conducted a comprehensive review of publicly available data on the same eight factors indicative of control that the DEA and FDA will weigh in deciding if and where to control kratom:

(1)    Its actual or relative potential for abuse.

(2)    Scientific evidence of its pharmacological effect, if known.

(3)    The state of current scientific knowledge regarding the drug or other substance.

(4)    Its history and current pattern of abuse.

(5)    The scope, duration, and significance of abuse.

(7)    Its psychic or physiological dependence liability.

(8)    Whether the substance is an immediate precursor of a substance already controlled through the CSA.

The America Kratom Association, a consumer-based non-profit organization, is here to set the record straight, giving voice to those suffering and protecting our rights to possess and consume kratom. AKA represents tens of thousands of Americans, each of whom have a unique story to tell about the virtues of kratom and its positive effects on their lives. www.americankratom.org
MEDIA CONTACTS:  Pat Mitchell, (703) 276-3266 or pmitchell@hastingsgroup.com; and Alex Frank, (703) 276-3264 or afrank@hastingsroup.com.