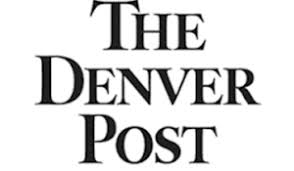 CASTLE ROCK — Kratom, an herbal extract derived from a tree that grows on the other side of the world, has been touted for its calm, soothing effects on those who consume it.

But it is causing some agitation in Colorado as the extract — seen by many as a safe, natural alternative to addictive and sometimes lethal opioid painkillers — grows in popularity.

Castle Rock is one of the first communities in Colorado to take a deep dive on Mitragyna speciosa, the formal name for kratom. The town imposed a six-month ban on the licensing of any new kratom shops last December while it works out a set of rules. Kratom is largely unregulated in the country and banned in six states.

Last week, Castle Rock hosted an open house to get feedback from the public on how it should regulate the product, which is largely sold in powder and capsule form at gas stations and head shops.

Some attendees at the meeting said Castle Rock’s proposed approach, which would do little more than set a minimum age of 18 for the purchase of kratom, could become a model for other cities and towns in Colorado.

“Regulation is badly needed,” said Joy Awakuni, a Colorado Springs resident who turned to kratom seven years ago after pharmaceutical medications did little to help her with pain and other health problems. “Castle Rock is doing it right — some communities are banning it.”

Denver banned the sale of kratom for human consumption a couple of years ago, citing a warning from the U.S. Food and Drug Administration that the supplement should not be used by consumers.

“There are no FDA-approved uses for kratom and the FDA does not allow kratom to be imported into the U.S. as a consumable commodity,” the Denver Department of Public Health and Environment says on its website.

The FDA says it has received “concerning reports about the safety of kratom” and states that the supplement has “properties that expose users to the risks of addiction, abuse and dependence.” Others have blamed kratom, which comes from the leaf of a tree indigenous to southeast Asia, for emergency room visits and even death.

The U.S. Drug Enforcement Administration is considering whether to make kratom a Schedule 1 drug — the category of controlled substances that includes cocaine, LSD, heroin and marijuana.

According to Denver’s health department, there were 15 kratom-related calls to the Rocky Mountain Poison Control Center in 2017. That more than doubled to 35 calls in 2018. That gives the city pause, said Danica Lee, the director of the department’s Public Health Investigations Division.

“We’re not saying that this substance doesn’t have therapeutic potential, but there have been no clinical trials to verify that,” she said.

Kratom advocates say the extract, which has been used for centuries in Malaysia and Thailand to relieve pain, increases energy and calms the mind, is safe and that reports of its risks are overblown. They have powerful allies in Congress who believe federal regulatory agencies are overreacting to kratom — senators from both sides of the political aisle appealed in a letter to the FDA that the agency halt its proposed ban on the extract.

There was also a bipartisan request from the House that the FDA retract its kratom advisory. The letter was signed by Colorado Gov. Jared Polis, then a congressman from Boulder.

Mac Haddow, senior fellow on public policy at the American Kratom Association, said the problems reported with kratom consumption are almost always the result of people mixing in other drugs, typically opioids, trying to boost the effects of the extract.

“When you hear of someone dying from kratom, it’s because it was mixed with fentanyl, morphine or other bad stuff,” he said.

Kratom, Haddow said, doesn’t work on the brain’s pain receptors in the way that opioid medications do. Kratom is a “partial agonist” as opposed to having the stronger “full agonist” effect opioids have — and thus doesn’t possess the same potential for impairment or addiction. As such, many people see kratom as a safe alternative to opioid prescriptions for pain management.

The nationwide opioid epidemic accounts for a “significant portion” of the 10,552 Colorado deaths from drug overdoses between 2000 and 2015, according to the Colorado Department of Public Health and Environment. The risks from legally prescribed opioids such as OxyContin have spurred nearly 20 Colorado cities and towns to sue pharmaceutical companies, joining communities and states across the nation that have filed similar challenges against the industry.

Against that backdrop, medical professionals appear interested in exploring whether kratom could, in fact, present health benefits. The University of Florida College of Pharmacy is working off a two-year, $3.5 million grant to study the extract’s potential to treat opioid misuse and addiction.

On the legislative end, Haddow said his organization is trying to get bills passed in several states — Utah passed a kratom measure late last month — that would regulate the preparation, distribution and sale of kratom products so that consumers don’t get an adulterated product.

The American Kratom Association estimates that 5 million people in the United States use the supplement.

“Legislatures are getting this,” Haddow said. “The proper way to regulate kratom is to make sure it’s properly labeled and that you aren’t allowed to put anything in it that will enhance the effects of the natural alkaloids (painkilling properties).”

He said he hopes Colorado’s first-in-the-nation experiment with legalizing recreational pot will allow for an easier regulatory trajectory for kratom sellers and users in the state.

“I think it has opened up the door and given us a lighted pathway to test the waters,” Frank said.

Castle Rock has two months to decide which direction it will go on kratom, with its moratorium on new kratom businesses ending in June. The town council is expected to vote by then on whether to adopt its staff recommendation to set a minimum age for purchasing the extract.