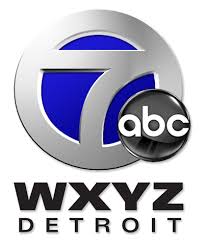 (WXYZ) – The day after the 7 Investigators outline the controversies of Kratom, the Food and Drug Administration ordered a recall.

This order affects Triangle Parmanaturals based in Las Vegas.

The FDA says that company failed to cooperate with a voluntary recall after 87 cases of Salmonella were documented in 35 states dating back to October.

At the same time, hundreds of people who use Kratom for treatment of pain and addiction contacted 7 Action News before and after our original report last night to make sure all sides were presented.

We talked with 4 people today who swear by it.

“I was desperate for relief. Even with all the pain medications my doctor had me on, I was basically bed ridden, using a walker, using a wheelchair at times. For me it helps about 75% of the pain.”

Her daughter Sonnet says she takes it for menstrual cramps and after long distance running. There are no dosage instructions on Kratom packages.

Sonnet says she and her mother figured out how much works for them, “Work it up in half teaspoons until you feel the pain is going away and that’s your dosage.”

“My reason is to help me with my pain, to get off my Oxycodones that I’ve been taking for 7 years.”

Because it tastes nasty, Cathy’s family puts the Kratom powder into capsules.

Cathy says she takes six a day, “If you take too much of it you’re going to throw up.”

We also talked with Michael Mayes who says he takes Kratom for pain relief and to battle a long term addiction.

He told 7 Investigator Jim Kiertzner, “I no longer use alcohol for 4 years now. And you credit Kratom? Yes sir. Then I discovered the pain aspects of it for pain in my feet.”

One vein or variation we bought locally is called Trainwreck.

“I can’t speak to Trainwreck. I don’t condone it,” says David Herman of the American Kratom Association.

An estimated 3 million Americans use Kratom. It is unregulated in Michigan and the Kratom community wants to be a part of the future and action with the FDA.

Herman says this, “Should result in testing, proper research, and ultimately down the road from a regulatory standpoint the FDA should help us and we’ll help them.”

His association disputes 36 deaths that have been associated with Kratom.