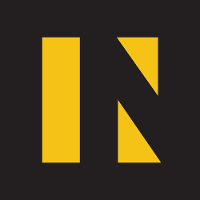 For months, the fate of the opioid-like plant kratom has hung in the balance. Will the US government make it illegal next year? Next week? With every fresh piece of news, scientists and kratom users alike tense up, ready for the hammer to fall. But the anticipated day hasn’t arrived yet, and it’s still not clear when it will. The moment seemed nigh on November 13, when Business Insider posted a story in which a US Drug Enforcement Administration spokesperson seemed to suggest that the decision would be announced any day now.

DEA spokesperson Melvin Patterson told Inverse that Erin Brodwin’s article for BI “wasn’t a very accurate portrayal” of his comments, though his telling of the facts outlined a distinction without a difference. “There’s no telling when the documentation will be submitted to the [Federal Register],” he said. “It could be next week, it could be the week thereafter, it could be the next month, it could be sometime next year.”

Whatever the timeline may be, the fact remains that a ruling is coming. Regardless of what Patterson really meant, the DEA’s stance on kratom raises serious questions about whether federal authorities are considering the latest research, the experiences of scientists, or the reality of illegalizing drugs when deciding the future of kratom, a controversial substance that has shown promise in helping people with chronic pain and opioid use disorder. The Federal Drug Administration submitted its recommendation to ban kratom to the DEA in 2017, and researchers at the DEA have been reviewing the recommendation since then.

If you don’t know what kratom is, check out the video at the top of this article for a quick summary.

While the DEA and the FDA control the fate of the plant-based drug, they have shown a consistent pattern of being uninterested in investigating an accurate risk profile of kratom. Quite the opposite, in fact. This summer, FDA Commissioner Dr. Scott Gottlieb drew the ire of the kratom community when he tweeted statements that seemed to conflate contamination risks with addiction potential. On the heels of a nationwide Salmonella outbreak linked to kratom, Gottlieb posted a tweet thread that many critics saw as an attempt to connect kratom’s addiction and overdose potential to the Salmonella outbreak.

“Now appears FDA Director Gottlieb is back to trying to push every scary concept available,” tweeted kratom advocate Drew Turner, who takes kratom for chronic pain and nerve issues. “Apparently if you take #Kratom now you are eventually going to either wind up an addict or have salmonella.”

Gottlieb’s statements, in that case, were heavy on fear tactics and light on science. On the one hand, kratom has been shown to cause psychological symptoms of withdrawal in people who use it for a long time then stop. On the other hand, the FDA’s assertions that 44 deaths can be linked to kratom since 2009 has serious issues since many of the deaths involved other potentially deadly substances.

In June, the results of a rat study suggested that kratom could help people stop taking opioids and that it had low potential to drive addiction. The paper, published in Addiction Biology, showed that the two main active molecules in kratom, mitragynine and 7-hydroxymitragynine, have quite different effects. Whereas MG reduced rats’ desire for morphine, 7-HMG seemed to increase it, indicating that the effects of kratom could be even more complicated and multi-faceted than scientists previously understood. But if kratom becomes illegal, both of these molecules could be placed on equal footing, making it extremely difficult for researchers to further explore the therapeutic potential of kratom and it’s components.

Indeed, Patterson confirmed that if kratom is placed on the controlled substances list, it would be MG and 7-HMG, not just the plant itself, on the list.

Amid all the controversy, the scientific community’s ability to accurately assess the potential harms and benefits of kratom could become much more difficult. If the drug is added to Schedule I of the Controlled Substances Act, the highest category of illegality that indicates a drug has no accepted medical use and high potential for harm, any scientist who wants to study it would need to obtain a special DEA license and beef up laboratory security to meet the DEA’s safety protocols.

In the eyes of Andrew Kruegel, Ph.D., a postdoctoral researcher in chemistry and neuroscience at Columbia University who has worked with kratom, this scenario would have a profound chilling effect on kratom research.

“There are significant and burdensome regulatory requirements to maintaining a Schedule I registration with the DEA,” Kruegel told Inverse. “This is well known in the scientific community among those involved with psychoactive drug research.” He points to the cases of cannabis, MDMA, and psilocybin, all of which have been listed as Schedule I drugs for decades, but all of which have shown significant therapeutic potential in recent years. “Unfortunately, these exciting developments have taken decades longer than they should have, due in large part to the challenges of conducting scientific research with Schedule I compounds,” said Kruegel.

Even without scheduling, just the threat of a change to kratom’s legal status has been hindering research. Kruegel says he had a collaborator back out of a project earlier this year because of the legal pall hanging over them. As Troy Farrah reported for Tonic, kratom researchers had shut down their studies in 2016 when the DEA threatened a ban. That plan stalled out due to lobbying efforts on behalf of the kratom industry, but the uncertain timeline for scheduling has left many researchers wary about embarking on new projects.

Patterson, for his part, said it’s “baffling” that scientists would claim their research is made more difficult by the threat of scheduling.

“I’d be confused as to why that research would be halted because there’s established protocols for how any substance is researched,” he said.

But as Kruegel noted (and he’s far from the first one to say this), history paints a clear picture of how scheduling affects scientists’ ability to research drugs. In response to Patterson’s comment, he said, “I respectfully disagree.”

As far as how the DEA will rule, Patterson pointed out that for anyone who’s been paying attention to the FDA’s messaging about kratom, it should be pretty clear.

“I think that there’s a good indication based on what we already heard from [Health and Human Services]” — of which the FDA is a part — “what they’ve provided, and what Doctor Gottlieb has been saying,” he said. “So I think that should have given everybody a good idea,” he added.

So at this point, the question seems to be not so much if kratom will be scheduled, but when it will be.