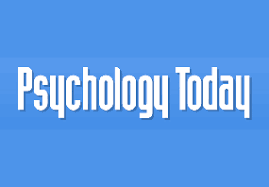 Currently, traditional opioid treatments include a range of behavioral psychotherapies, medication-assisted treatment (MAT using methadone, buprenorphine and the likes) and a range of specialty care facilities that serve patients in outpatient or residential settings. If you’re looking for an alternative to these traditional options, you’d be hard pressed to find much, at least in the U.S.

But some plant-based medicines are helping people detox from opiates and kick their addiction.

One of them is Ibogaine and another is Kratom.

At the end of 2018, Thailand, like many other countries around the world, legalized medical marijuana. But it’s the legalization of Kratom for medicinal purposes that has really got people talking.

Kratom is a plant-based drug from Southeast Asia, particularly Thailand, and it’s typically brewed as a tea.

Though Thai people have been chewing Kratom leaves or sipping it in their tea for at least two hundred years, it was outlawed by the government during the Greater East Asia War in 1943. In the last ten years, Kratom has made its way to the United States, mostly sold in gas stations or tobacco shops (or head shops), and even at some juice bars.

Why? People have discovered the pain relief benefits of Kratom and how it can aid weaning off other, stronger, substances like Opiates. Still not entirely sure what Kratom is, or how on earth its leaves can help people overcome an addiction? Read on to find out more…

Kratom (also known as mitragyna speciosa) is a tropical evergreen tree in the coffee species and is native to Thailand, Malaysia, Indonesia, Myanmar, and Papua New Guinea.

Leaves from the Kratom plant may be used to numb aches and pains, soothe fevers, treat diarrhea, manage diabetes, and alleviate addiction. They have also been applied as poultices to wounds or spread across the abdomen to drive out worms. It is a substance that has been used in traditional medicine practices since at least the nineteenth century.

Like coffee, Kratom works as a stimulant in small doses, giving you a slight buzz, like a caffeine hit. But larger doses of Kratom can be more sedating. Kratom leaves are made of two organic compounds, mitragynine (MG) and 7-hydroxymitragynine (7-HMG), though hydroxymitragynine (7-HMG) has a high abuse potential, mitragynine (MG) does not, and may reduce intake of morphine. Sixty percent of the alkaloids in the plant leaves are MG (the less-addictive compound) and only two percent are 7-HMG (the addictive compound).

While these organic compounds are not true opioids, human and animal studies have demonstrated their effectiveness in pain relief.

A survey of 6,150 Kratom users, found that 51% reportedly used it for pain, 14% for anxiety, and 9% for opiate withdrawal. According to the American Kratom Association (AKA), a pro-Kratom lobbyist group, five million people use kratom regularly.

What are the positives of Kratom use?

How can Kratom help people in recovery from substance addictions? There are a number of reported benefits of Kratom use, particularly for people struggling with opiate addiction.

– Kratom use has been widely reported to ease opiate withdrawal and can help users wean off of street drugs like heroin.

– Some researchers have also suggested Kratom could have therapeutic potential, including antidepressant effects.

–  One of the compounds in Kratom (mitragynine (MG) ) actually reduced self-administration of heroin in rats, and anecdotal evidence suggests the same might be true in humans.

– There is evidence that Kratom has much less associated risks than opioids, including fatal overdose.

– Kratom could also come to replace methadone in the treatment of heroin addiction—especially given its relative ease of production, making it ideal for poor and developing countries.

–  It could be a viable alternative to replace alcohol for some (although see negative elements of use below) as well since it promotes relaxation and sociability without the emotional/physical hangover and the short and long-term physiological effects of drinking.

“Fentanyls are killing tens of thousands of people. If Kratom is an alternative, it sure is one that is not, by anybody’s estimations, as deadly as the alternatives on the street.” – Jane Babin, a patent lawyer, and molecular biologist.

What are the negatives of Kratom use?

If Kratom is an organic, coffee-like substance that provides pain relief and a sense of relaxation, it can’t be all bad right? Unfortunately, like most substances, there are negatives to the use of Kratom too.

According to the U.S. Food and Drug Administration (FDA), we should take care using Kratom. FDA warns Kratom can be deadly, though almost all of the 47 deaths cited by the FDA involved the use of multiple drugs, meaning it’s not clear if they died from Kratom or another substance. The FDA doesn’t point to any clear correlation between a known property of the botanical and the manner a person died.

Other negative effects of Kratom use may include:

– People can become addicted to Kratom (as they can to many rewarding behaviors and substances), though the withdrawal symptoms are not that severe and only last between 1 to 3 days. Pain and trouble sleeping are reported to be the most common symptoms.

— Of particular concern are reports of seizures, which increased five-fold in Thailand between 2005 and 2011. Most Kratom-related seizures are attributed to adverse drug combinations, but they’re still a cause for concern.

– Liver problems may also occur after as few as two to eight weeks of regular Kratom use. This could potentially be a significant problem for the notion of using Kratom daily as a replacement for other drugs.

– Other physical symptoms of concern include nausea, itching, dark urine, abdominal pain, and jaundice. Heavy users might notice hyperpigmentation or darkening of the cheeks due to over-stimulation of melanocytes. Kratom might also be cardiotoxic; further research is definitely called for.

So what should we do about Kratom?

So do we put a ban on the substance, because of the potential risks? I think that the answer must be a clear NO. Because that would only make it harder for researchers to study its potential benefits and do NOTHING to reduce the problems associated with Kratom.

As we’ve seen in the past (many, many, many times), a legal ban will have two primary consequences: Firstly, it will send the drug underground where quality and purity can’t be controlled, and it will support violent and illegal organizations. This was the impact of prohibition, the impact of criminalizing cannabis and the impact of scheduling essentially every other drug that had entered the mainstream. Secondly, those who want to use it will either continue buying it through those illegal channels, meaning more people will get sick and hurt in the process while more criminal organizations will profit and fewer people will benefit, or they will find yet ANOTHER still-legal option and we will go through the whole process again.

This is how criminalizing marijuana leads to spice and K2 and it’s how controlling amphetamines created amphetamine-like “bath-salts.”

Instead of being able to study a class of drugs well so that we can create REAL strategies and tools around dosages and use patterns and outreach, we keep trying to play whack-a-mole with the entire concept of intoxication.

It’s a losing war with many lost battles.

While there have been a number of human fatalities linked to Kratom and numerous negative side effects associated with its use, there isn’t a clear sense of the underlying cause. It’s clear that more research is needed! We shouldn’t shy away from alternative treatment options for substance addictions, as natural substances such as Ayahuasca can offer value to research into recovery.

Is Kratom legal in the United States?

While Kratom isn’t federally controlled in the United States, it is listed as a “drug of concern.” Due to the rising popularity, Federal government regulators have made several unsuccessful attempts to ban it. Since 2015, the FDA has blocked foreign Kratom imports and in 2016 the Drug Enforcement Administration attempted to schedule Kratom in the same legal category as heroin or marijuana but stopped short in the face of unprecedented backlash from the public and congress members. – The Department of Health and Human Services also recommended a ban in October 2017.

Individual states including Indiana, Tennessee, Wisconsin, Vermont, Arkansas, and Alabama, have banned the plant in various forms, while others have legislation pending.

For more information about whether Kratom is legal in your state, visit this map.

What’s the verdict on Kratom?

Let’s be clear, Kratom is a substance that may be addictive and have some physiological dependence features. It may also have opioid-like effects at higher doses. But based on the currently available science, it does not seem like Kratom is anywhere near as dangerous as heroin. Though more human clinical studies need to be completed (something that would likely get harder if they were to ban it outright) to determine whether the risk lies in Kratom itself, or when used in conjunction with other substances.

If it helps chronic pain sufferers and those struggling with opiate addiction to reduce their dependence on opiates, reduce their risk of overdose and improve their quality of life, I am all for Kratom!

Word of caution: You ALWAYS need to consult with a physician (I am NOT one) when considering a new treatment option to ensure it is a good fit for you.

Finally, self-detoxing with Kratom may eliminate your withdrawal symptoms, but it will not address the reasons that drew you to use to begin with (such as trauma, environmental stressors, anxiety and more). Like with any medication-based treatment, it only treats the physiological symptoms. To get to the underlying issues that caused your addiction, you’ll need professional help for that.