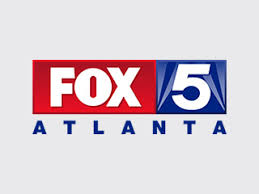 ATLANTA – Kratom. You may have heard of this over-the-counter herbal supplement. Users claims it’s a natural way to manage chronic pain and opioid addiction, but the FDA believes it’s killing people. Well, Georgia legislators are now interested in how to manage this plant as usage is increasing.

You are going to hear from a father who says his son died from a kratom overdose and from supporters who say this natural supplement saved their lives. They are coming from two different sides, for sure, but there does seem to be one thing most people who met with Georgia legislators agree on – and that is some regulation.

Around Christmas a Georgia House study committee met to learn more about kratom. It’s a plant used in teas or ground up as a powder for capsules. It’s used for depression, fatigue and pain. You can buy it online, grab it at smoke shops or pick it up at convenience stores.

Brad Miller is a kratom user who appealed to the group to keep it legal.

“When I was 11 I was diagnosed with ulcerated colitis. An extremely severe case. At the age of 12, I had my entire colon removed and since then I’ve had 20 abdominal surgeries.”

He’s been in a lifetime of pain, and used prescription opioid medication to manage it until, he says, his doctor cut off him off.

“I was cut off because he didn’t feel comfortable any longer prescribing chronic pain medicine because of the regulatory environment.”

“I think that’s important thing to realize that there are people out there – millions of chronic pain patients – who are being left behind,” he added.

But here’s another angle….

“I made a decision January 2018 to get clean.Thirty-five days into my recovery I started to have really strong cravings. I turned to kratom because I thought it was a safe alternative,” a man told the House committee. He says he thought this legal route would fix his need for a fix and help with anxiety.

“If anyone tells you kratom doesn’t make you high, they’re only trying to glorify kratom and justify the use of it.”

The FDA has declared kratom an “opioid” with “similar addictive effects…” The GBI says it is now logging kratom-related deaths.

In 2017, 34-year-old John Grove had completed a drug rehab program, but this recovering addict turned to kratom. His death certificate says he died from “acute mitragynine intoxication” – a kratom overdose.

But John’s father told the Fox 5 I-Team last year that he sides with many kratom users – no ban, but better regulation.

“I don’t want to say that is was a bad product, this kratom, it could help people. But, it really needs to be studied and looked at.”

And that’s why this panel of Georgia legislators gathered – to listen about how people want to see kratom regulated in the future in Georgia. Some, like law enforcement, want an all-out ban, but nearly everyone wants regulation of sort.

Marissa Smith, a medical assistant and kratom user, wants easy-to-understand ingredient labels which are standard on most ingested, over-the-counter products.

“I just recently went to a gas station and I found seven different types of kratom and four of those had no labels on the back.The kratom labels should be as thorough as if you just walked into a Whole Foods.

Advocates want labels to be clear about recommended dosage amounts and about the purity of the product.