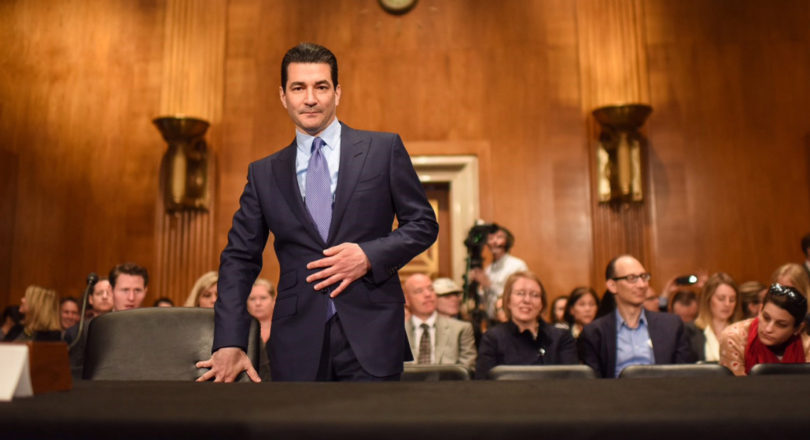 The perch will make Gottlieb an important player in the Trump administration’s plans to speed up the drug approval process and cut back on regulations and red tape, which the president has argued will bring down drug prices.

Gottlieb’s nomination raised concerns among Democrats who worry his deep ties to the pharmaceutical industry could compromise his oversight of the companies’ products.

Gottlieb is a far more traditional candidate than others Trump initially considered for the job, including associates of activist financier Peter Thiel, who pledged to blow up the entire approval process by no longer mandating drugs demonstrate effectiveness before they can be sold.

However, Gottlieb is still expected to push the boundaries of FDA reviews and using new authority under the 21st Century Cures Act to speed up evaluations.

“While the conventional wisdom is that Gottlieb represents a safe, conventional choice, this is only true if you compare him to two of the other known candidates,” Mark Mansour, who specializes in FDA law at Mayer Brown, wrote in a note to clients.

Mansour said Gottlieb will likely be a more “nuanced reformer” than other candidates Trump considered. He “won’t eviscerate the FDA,” but he could push the agency to speed up product approvals by relying more on anecdotal or real-world evidence and on data collected after a product is already on the market, Mansour said.

Gottlieb has remained mum on drug pricing ideas that Trump pushed on the campaign trail — including direct government negotiations of drug prices in Medicare — arguing such decisions are outside the FDA’s purview.

He could still be dragged into HHS Secretary Tom Price’s efforts to address drug pricing through regulation. Price kicked off a listening tour last week as part of an HHS initiative to address drug pricing expected in the next few months. Price will meet with the main drug lobbies, PhRMA, BIO and the Association for Accessible Medicines on Friday.

Gottlieb in the past opposed ideas similar to those put forth by Trump. However, some of Gottlieb’s other ideas on pricing wouldn’t be as well received by industry groups. He’s suggested changing the way Medicare pays for costly physician-administered drugs to try to bring down prices through private-sector bidding. He’s also been in favor of more transparency around drug pricing — and ending the current system in which drug companies set high list prices but then give rebates to payers.

Gottlieb’s nomination raised concerns among Democrats who worry his deep ties to the pharmaceutical industry could compromise his oversight of the companies’ products.

Before being nominated, Gottlieb, served as a partner at a venture capital firm that worked with a number of leading drug companies. He also served on the boards or held advisory positions at companies including GlaxoSmithKline, Bristol Myers Squibb and Vertex Pharmaceuticals. He has pledged to recuse himself for one year from agency decisions involving more than 20 companies.

Republicans view his industry experience as a plus and pointed out that President Barack Obama’s second FDA commissioner, Robert Califf, also had close ties with the drug industry.

“It’s a good idea to have people serving in government that have the type of experience in the industries,” they will work with Sen. Lamar Alexander (R-Tenn.), chairman of the Senate HELP Committee, which oversees FDA said. Some of lawmakers who criticized Gottlieb for having worked with the drug industry also criticized Trump’s education secretary for not having enough experience in that field, Alexander added.

“You can’t have it both ways.”

Some Democrats also questioned whether Gottlieb would fail to adequately address the opioid epidemic.

“At this time of crisis, we need a leader at the FDA who recognizes the dangers of prescription painkillers, who will stand up to big pharma and reform the FDA to prevent addiction before it takes hold,” Sen. Ed Markey (D-Mass.) said before the vote. “Dr. Scott Gottlieb is not that individual. Dr. Gottlieb’s nomination signals a continuation of FDA policies that have cultivated and fueled the opioid epidemic.”

During his confirmation hearing, Gottlieb suggested that fighting opioid abuse would be a priority for the agency.

Republicans agreed. Majority Leader Mitch McConnell ahead of the vote suggested Gottlieb will be an asset to the cause.

“I’m sure he’ll be an ally to states that continue to struggle with the opioid crisis because the FDA has a critical role to play,” McConnell said in remarks on the floor before the vote.