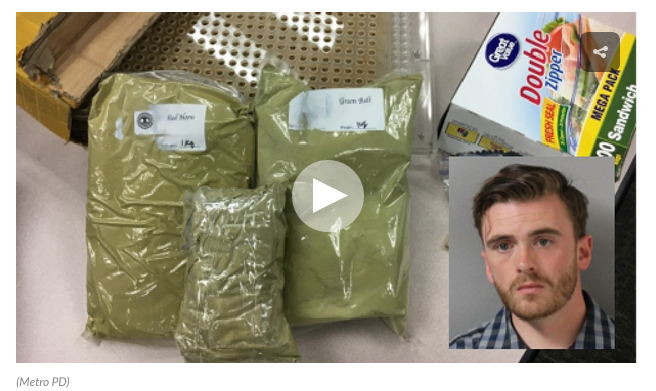 The Metro Nashville Police Department is standing by the arrest of Chris Miller, 26, of Clarksville. An MNPD release says Miller was arrested after being caught with five pounds of kratom by an undercover officer.

His attorney, Jesse Lords, told FOX 17 Miller didn’t do anything wrong and actually tried to help people by selling it for medicinal use.

“There’s a huge following behind this substance for breaking opioid dependency, getting off heroin, getting off all these prescribed drugs with great success,” Lords said.

Emilio Rodriguez would disagree with that argument. He’s a Recovery Coach at Spring to Life now but used to be a heroin and opioid addict.

He said he would take kratom in between fixes.

“I would consume when I would be going through some sort of withdrawal from drugs, but really it was just in order to function until I sought out more drugs,” explains Rodriguez.

Rodriguez says he found Kratom to be less potent than other drugs, but that doesn’t mean you can’t get hooked on it.

“It became something that I kind of started seeking out more often after that, so it almost substituted the use of heroin or opiates,” he says.

Miller is scheduled to be in court on June 12.

His attorney said he heard protesters will be there, shedding even more light on just how strongly people feel about this drug.