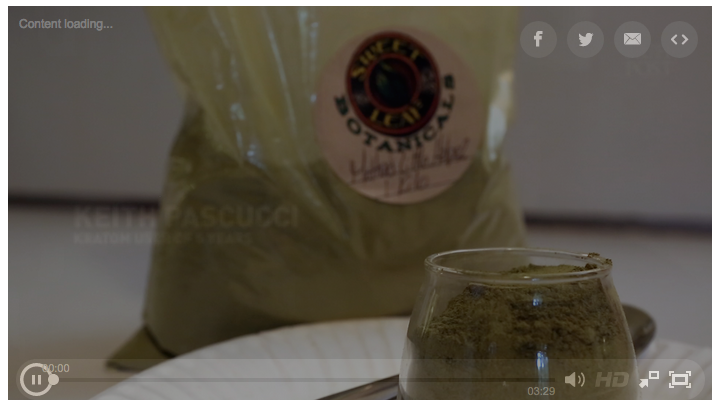 The herbal drug “should be legal and available for those struggling with addiction,” said Rep. Jared Polis.

Members of the U.S. House began circulating two Dear Colleague letters on Wednesday, urging their fellow lawmakers to take a stand against renewed federal efforts to crack down on the herbal drug kratom.

One letter, written by Reps. Jared Polis (D-Colo.) and Dave Brat (R-Va.) and addressed to the Food and Drug Administration, describes kratom as a tool to help fight the opioid epidemic and says the agency has shown “insufficient” evidence to warrant any official warning or action against kratom.

“I have heard from families who, like too many others, have dealt with opioid addiction and who have found relief in Kratom,” said Polis in a statement to HuffPost. “Kratom, a cousin of the coffee plant, is another naturally-occurring alternative to addictive opioids. It should be legal and available for those struggling with addiction. We need new ideas and approaches to end the opioid crisis along with better access to mental health services, substance abuse treatment, and education about the dangers of drug abuse.”

The other letter, written by Reps. Mark Pocan (D-Wis.) and Frank LoBiondo (R-N.J.) and addressed to the Drug Enforcement Administration, urges that agency to “employ all the available scientific information on kratom” to inform any further action.

“We need to continue to conduct research and find innovative treatments for individuals suffering from opioid and other addictions — a significant public health threat,” reads a draft of the letter.

Kratom advocates have spent much of the week on Capitol Hill trying to make the case that the government has failed to justify its plans to ramp up enforcement efforts against the popular herbal drug. The two letters are being circulated to elicit additional support and will likely be sent to the agencies later this month, according to several advocates and lawmakers’ press secretaries. It was not immediately clear how many representatives have signed on to the missives so far.

In recent years, kratom, which is derived from the leaves of a Southeast Asian tree, has grown in popularity in the U.S., where it is marketed as an herbal supplement and typically consumed as a tea or powder. It contains the alkaloid mitragynine, which activates opioid receptors without triggering respiratory depression, an often lethal side effect of traditional opioids.

Kratom users often tout the herb as a safe and effective treatment for conditions like chronic pain, anxiety and depression, as well as a replacement drug for opioid addiction. But those claims, as well as broader concerns about the kratom’s addictive potential, have drawn the attention of federal authorities, who note that the herb hasn’t officially been approved for any therapeutic use.

Last month, Scott Gottlieb, commissioner of the FDA, issued a public health advisory outlining kratom’s “deadly risks.” He claimed there was “clear data” on these harms, pointing to reports of 36 deaths supposedly associated with kratom-containing products and a tenfold increase in calls involving kratom to U.S. poison control centers from 2010 to 2015.

Gottlieb’s move signaled that the federal government could be preparing to revive an effort to ban kratom altogether. Last year, the DEA postponed a push to place kratom on Schedule I, which includes drugs like heroin, LSD and marijuana. Members of the House and the Senate requested the delay. The agency is set to reconsider that decision based on an official FDA analysis, which it received last month.

The FDA has not released a full list of the 36 deaths Gottlieb cited, although it did respond to a Freedom of Information Act request from HuffPost last week with further details on eight incidents. Most of the latter cases appear to have been reported to the agency by family members of deceased individuals or medical professionals, and the FDA’s release still revealed very little about how anybody determined that kratom was associated with the deaths.

This fits into a broader pattern of sloppy reporting by state and local health officials, which has led them to blame a number of deaths on kratom despite the presence of other more dangerous drugs or significant compounding health factors.

Subscribe to The Good Life email.
No moon dust. No B.S. Just a completely essential daily guide to achieving the good life.

The science so far has found kratom to be largely benign when taken in low or moderate doses, although more research is needed to fully understand the herb’s benefits and potential harms. Broad-brush treatment of supposed kratom deaths risks obscuring what the drug does for good or ill.

With the executive branch potentially on the verge of making a critical decision based largely on loose data that conflicts with the established research, at least some in Congress are preparing to push back.

“The FDA’s justification for its health advisory on kratom lacks scientific support,” said Brat in a statement to HuffPost. “Kratom is a substance that allows Americans to battle opioid addiction, and I would hate to lose an opportunity to help my constituents and those across our country with a potential solution that at least deserves research.”