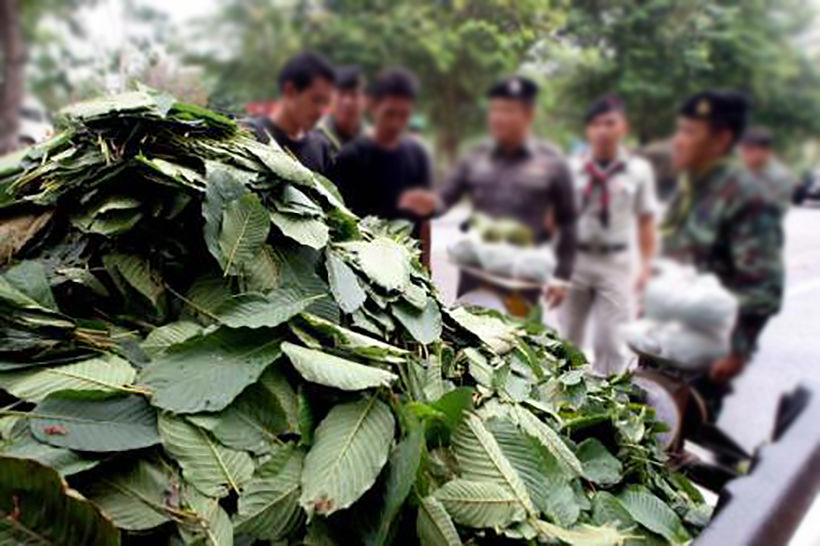 Justice Minister Somsak Thepsutin says he will speed up the decriminalisation of kratom, after researchers registered patents for kratom-based medicines in Japan and the US. Kratom is a local plant, related to coffee, whose leaves are still classified as a narcotic in Thailand.

Somsak said his ministry has formed a committee to consider legalising kratom-based medicines. Kratom leaves are a mild stimulant and are traditionally chewed by farmers and labourers.

The justice minister, a kratom fanboy, says…”I will proceed with this project as soon as possible because legalisation will truly benefit society.”

He says a team of Thai and Japanese researchers has already registered four patents. Somsak points out that kratom has a long history as a traditional medicine, used to treat pain, fever, dysentery and diarrhoea, and to ease withdrawal from opium addiction.

Kratom is not considered a narcotic drug by the UN, and kratom products can be freely imported and exported in many countries. Yet in Thailand, it has been illegal since 1943 and in 1979 was classified as a narcotic. Possession can result a jail term of up to a year and a 2000 baht fine, and selling it can lead up to two years in jail and a fine of between 40,000-200,000 baht.

In recent years, kratom has also been mixed into a recreational cocktail known as “4 by 100”, named after for its four main ingredients: kratom leaves, cough syrup, Coca-Cola and ice (frozen water not the other ‘ice’).