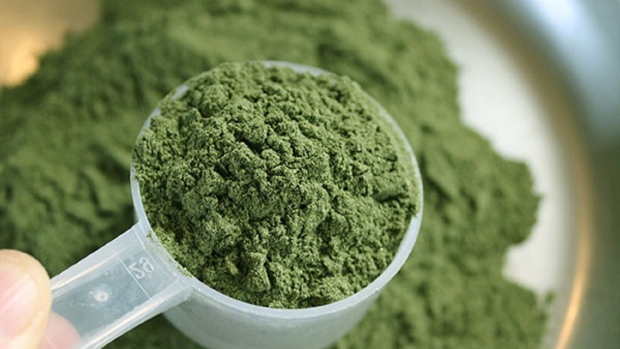 ‘The evidence for or against it is just not there,’ says kratom researcher 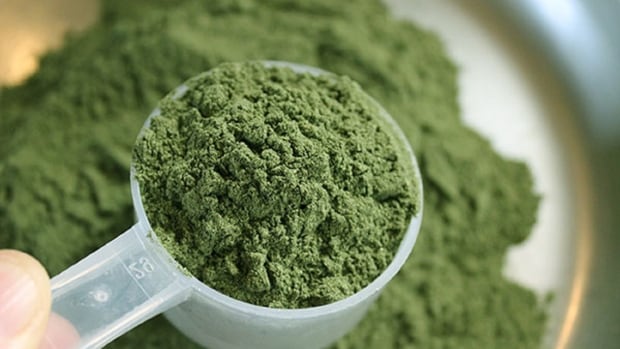 The seizure of a controversial drug in Edmonton is evidence that more research is required on kratom as a possible antidote in Alberta’s deadly opioid epidemic, says a leading researcher in the field.

“Everything has to be taken with caution, but does that mean you take it off the streets?” said Susruta Majumdar, a chemist who has worked on numerous studies into the drug.

“Probably not,” said Majumdar, who works in the department of neurology at Sloan Kettering Cancer Center in New York.

“It’s a little premature to ban it right away and take it out of the public scenario because very little research has been done. It’s a weak alkaloid but we need to be cautious about it.”

In a news release Tuesday, Health Canada said it had seized unauthorized kratom products from two Edmonton head shops. The packets were confiscated from a store called Jupiter on Whyte Avenue and from another called Bogart’s Pipes and Papers on 132nd Avenue.

Kratom is a coffee-like plant native to southeast Asia. The drug is traditionally consumed by chewing on the leaves, but can also be ingested as a capsule or powder or as a tea.

Health Canada said the herbal product has been linked to both “narcotic and stimulant-like effects,” and may pose serious health risks including nausea, vomiting, seizures, and liver toxicity. 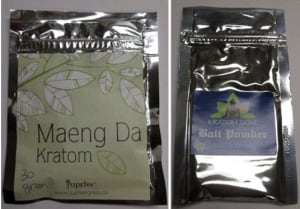 The department said it’s working with the Canada Border Services Agency to stop kratom products from entering the country.

However, Majumdar believes the active chemicals in kratom could be developed as a safe alternative to opiates.

Preliminary studies in animals show that it stimulates the same parts of the brain as powerful opiates, but with fewer depressive effects.

Canadian authorities should be examining the drug’s potential to help addicts, said Majumdar.

“We extracted kratom and isolated all the alkaloids, all the chemical properties to show it’s like an opioid,” Majumdar said. “So it does hit the [same] receptors as morphine will or heroin will but it’s very weak.

“It’s 60 times less potent than morphine so you have to take a lot of it to get the opioid-like activity.”

‘There is an opioid epidemic’

If you haven’t heard of kratom before, you will, said Majumdar.

The drug is already being widely used by both recreational users and addicts, he said. While some use it to ease pain or anxiety, others are turning to the drug as a inexpensive and accessible way to ease opiate withdrawal.

The unregulated use comes with risks, said Majumdar. Kratom is often laced with more dangerous substances. It could be addictive, and extremely high doses of the drug can be fatal.

There were 15 kratom-related deaths in the United States between 2014 and 2016, but other drugs were always present.

“There is an opioid epidemic. You’re seeing a growing number of designer drugs, where the heroin that people are taking is being laced with these designer drugs — and kratom is part of that, it’s just coming,” Majumdar said.

“I’ve heard all sides of the story but it is an opioid, there is no question about that.”

In Canada, the drug exists in a legal grey area.

‘I’ve heard all sides of the story but it is an opioid, there is no question about that.’ – Susruta Majumdar, chemist

Selling tea, capsules or any other ingestible form of the plant could result in criminal prosecution.

However, the drug is readily available in Canada.

Powder, full leaf, and stems of the evergreen plant are available legally — as long as the products aren’t marketed as consumable. Online retailers get around the restriction by marketing the plant as incense or an ingredient for aromatherapy.

In the United States, the Drug Enforcement Agency has considered an outright ban of the drug.

A similar prohibition in Canada could slow research and development, said Majumdar.

“I think more science needs to be done,” he said.

“I’m not going to say that I’m an advocate of kratom, because the evidence for or against it is just not there.”