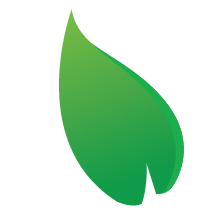 LANSING (WJRT) (8/22/2019) – Kratom, a tree that mimics opioids when ingested, could only be obtained legally with a prescription in Michigan under a new bill pending in the State Senate.

Republican Sen. John Bizon, a medical doctor from Battle Creek, introduced a bill this week to regulate the use of kratom. The bill would designate kratom as a Schedule 2 controlled substance.

“The currently unregulated drug kratom is both dangerous and addictive,” said Bizon. “There has been an alarming increase recently in the number of deaths from this relatively unknown drug. We must take measures to help prevent such tragedies and the continued abuse of this drug.”

Kratom is found primarily in southeast Asia. Users take it in capsule or powder form, which activates the same brain receptors as morphine, Bizon said.

Some kratom users claim it helped them curb their opioid addictions. But Bizon is concerned that minors currently can obtain it legally and it exposes users to potential addiction, abuse and dependence.

He said kratom also can cause serious interactions with other prescription drugs and serious side effects, including seizures, hallucinations and psychosis.

Kent County in West Michigan has attributed five deaths to kratom use since 2018.

Bizon said six states, including Indiana and Wisconsin, have banned kratom entirely while four other states regulate it.

“Kratom users trying to get off of opioids should be using this substance under the guidance of a health care professional,” he said.

Bizon’s bill is was referred to the Senate Committee on Judiciary and Public Safety for further discussion.