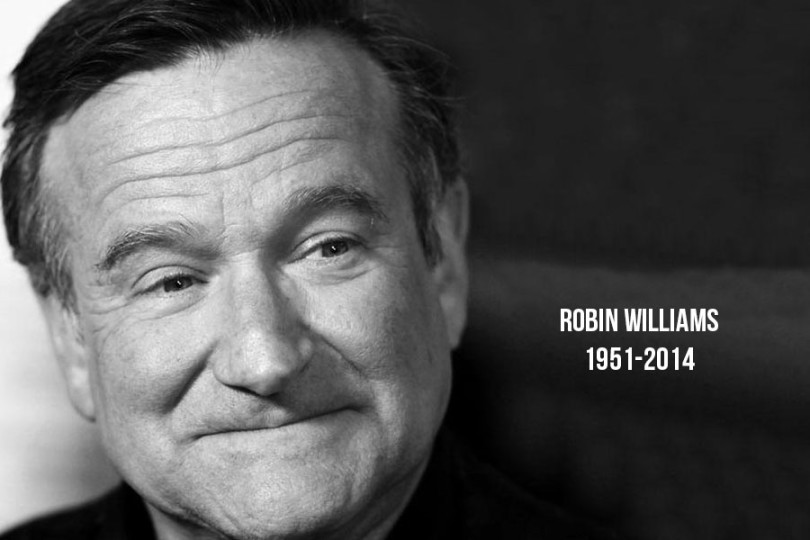 Making Sense of the Failure of Professional Drug & Alcohol Rehab

The apparent suicide death of actor Robin Williams, his less-than-successful rehabilitation for long-term drug and alcohol problems, and my recent involvement as the embedded commentator of the Do-It-Yourself drug rehab successes using the herbal catalyst, kratom, led me to write this Hub

I have been privileged to witness the birth of the “Do-It-Yourself drug rehab industry”, so I thought I would take a moment to let you have a peek at what is going on.

My own experiences of intermittent severe depression add a personal dimension of understanding of the root causes of alcohol and drug abuse. Seeing the failures of psychiatry to deal with depression successfully has led me and many others to search for a natural remedy.

Though I never met Mr. Williams, I am well aware of the internal forces that drive a depressed person to seek relief in drugs, such as cocaine and alcohol. Though tempting, these substances are two of the worst choices for those seeking respite from depression.

I realize this Hub may ruffle some feathers of those who are the established professionals of drug rehabilitation, but I am simply reporting the facts I see and the failings of the old system, which led dissatisfied patients to take their condition into their own hands.

This article, from the Washington Post will give you some well-researched confirmation of the professional drug rehab failures that are daily being reported to me. Please read it before you continue.

The shortcomings of the established system of drug addiction rehabilitation are brought about in part by prescription drugs (Subutex, Suboxone, Methadone) that — from what I hear — are even more addictive than the heroin and prescription painkillers they are meant to replace. This would seem to guarantee that the patient will stay “stuck” in treatment indefinitely.

This technique of substituting one addictive drug for another, coupled with the costs, laid the groundwork for the “creative destruction” of the failed drug rehab system.

When Things Aren’t Working, It’s Time to Replace Them

This new D-I-Y method of recovery from addiction, using the herb kratom from Southeast Asia as a catalyst for both drug and alcohol withdrawal/cessation deserves to be heralded for its successes.

Instead of congratulating their former patients on the success of a low-cost, at-home rehab D-I-Y program, the herb kratom is being attacked by officials of the failed in-patient rehab facilities.

Well, What Did I Expect? A Miracle?

Losers should be “good sports”, we used to be taught as children, though — as adults — we’ve learned that when money is involved, this is often not the case.

Rather than answer for their public failures, the drug rehab industry — and the pharmaceutical industry that stands behind them? — have adopted the tactic of changing the subject of discussion, rather than acknowledge their mistakes.

They have chosen to attack at every opportunity the herb that is indirectly hastening their profession’s radical downsizing.

It is beyond the scope of this Hub to delve into how and why kratom works and why the best efforts of psychiatry usually don’t. My purpose here is to announce the arrival and successes of a new methodology before we lose another gifted victim to the flawed chemical warfare methods of modern drug rehab.

Actually, come to think of it, the D-I-Y drug rehab movement is a very old human methodology, based on the use of herbs and a community of loving support for the addicted person.

Kratom has been used for this exact purpose traditionally to help people break their addiction to opium without having to endure an extended, painful withdrawal. This traditional use has merely immigrated to many of the countries of the world, creating a booming new sustainable industry in third-world countries that are wise enough to allow it.

But that, too, is another story for another day.

Society should welcome the birth of D-I-Y Rehab instead of siding with the highly-paid high priests who are producing such dismal results.

After all, society is paying for this ineffective system of care that works so well that patients commit suicide to get away from it. Even psychiatrists kill themselves at a rate 2 to 3 times greater than the average citizen.

Unfortunately, where there is a lot of money involved, those on the losing end of change will fight like wounded wild animals to preserve their lifestyle.

Like our entire medical system, when it treats chronic and even infectious disease, the drug rehab professionals have been draining our society of resources that could be better used elsewhere — and, they aren’t about to quit.

Drug addiction rehab personnel charge a lot for their knowledge and supposed wisdom, but their knowledge is securely tied to a flawed system of selling us patented, synthesized, single-ingredient drugs derived from complex, naturally-buffered herbs. (Though, in this case, the herb works better, the professionals are tied to pharmaceutical near-copies of the alkaloid active ingredients in herbs because they can own the income stream.)

In simple terms — Money Is Driving the Choice of the Way the Addict Is Rehabilitated, Not Patient Satisfaction or Positive Results

It has been the source of a good living for those who put up with a boring and depressing — and ultimately pointless — education in human psychology that doesn’t produce results in the real world, but now their fine income will be drawing to an end. Their self-proclaimed superior knowledge will bow to the economic reality that they have priced their services, which yield poor results, out of the reach of those who need them.

My dear Rehab Professionals, you have been upstaged by a humble herb used for the purpose of drug rehab for perhaps a thousand years in Southeast Asia. It is time to pack your bags and find something else to do with your degree.

It seems to me that people suffering from drug or alcohol addiction do not have a deficiency in the drugs that you give them. The suffer from a deficiency of human interaction with people who care about their welfare. People who we must pay to listen to our problems don’t count.

Those of us who suffer from occasional or chronic depression — and alcoholism, as a result — also have nutrient deficiencies and food allergies which are obviously not being addressed by conventional psychiatric protocols. These deficiencies are at the heart of the problems, but — of course — they aren’t seriously considered because they are natural substances and can’t be patented (a recurring theme behind the failures of our medical and psychological systems of treatment).

Kratom Could Have Helped Robin Williams, If He Had Known

Still depressed, still addicted, your poster boys and girls are committing suicide as a testimony to your failures, you mighty rehab professionals.

Of course, you can easily blame the victim, but when a competing technology can do a better long-term job when run by amateurs, you might as well accept the inevitable and find something else to do.

You can ask your friends in the government, who love money-losing projects, to give your industry a bailout, but the cat is out of the bag and the genie is out of the bottle. The word is out on the street and society is tiring of paying for your efforts to pound round pegs into square holes — and usually failing.

Give it up. Accept the facts. Find some other area of society in which to practice your outmoded chicanery, however well-intended. Those who have been through your flawed system — some, for numerous visits — have found a better way, the kratom way.

As a stopgap measure, rehab pro’s might market their services to those trying to break their dependence on a myriad of other products to which Big Pharma has shackled our population. Nevertheless, it is only a matter of time before the old, tried-and-true herbal and nutritional remedies will make your services redundant.

Your services are no longer needed. You have been under-bid by a superior low-tech/high-touch methodology. Society has a depression problem, which has only grown on your watch and is no longer affordable, and never was very effective.

The recent suicide of the brilliant and beloved comedian Robin Williams is only the latest of the many individuals whose deaths should remind us that the modern way of going to a counselor — who is probably depressed himself — and being prescribed drugs that do little but worsen the problem, isn’t working.

Kratom combined with peer sharing of experiences and emotional support is working. What you’ve been offering, Mr. Rehab Pro, is not so hot. Instead of treating this herb as a new, scary problem, why not accept the facts and get with the program — the kratom and online peer-support program.

I’m sure that Robin Williams had access to the best professional depression and addiction counselors, but they still didn’t have the answers to ease his pain. He, and many others, are entrusting their future to folks who don’t know the answers. They don’t even have a good temporary remedy that might have let Mr. Williams live long enough to find the true answers for his depression, which my doctor tells me are multiple nutrient deficiencies.

From what I’ve seen and experienced, kratom — in my thoroughly non-professional opinion — is a better emotional painkiller and anxiolytic remedy, but it is not the whole answer. The complete answer to depression and alcohol and drug addiction is to correct nutritional deficiencies and food allergies, according to the famous Dr. Joel Wallach, a Veterinarian and Naturopathic Doctor. You can read his simple prescriptions for both alcoholism and depression in the book Let’s Play Doctor.

Another volume that helped me tremendously was The Depression Cure by Stephen Ilardi, PhD.

“Suicide Is a Permanent Solution for a Temporary Problem” — Author Unknown

I don’t claim to know Robin Williams’ motivations for taking his own life, but I do wish he could have learned of and tried the anonymous peer counseling route online — catalyzed by kratom — that is creating so many success stories.

I can only surmise how kratom works to facilitate strangers’ lowering their defenses, taking an objective look at how they can solve life’s difficulties, and maintaining their new relaxed attitude even when they stop using the herb.

Nevertheless, I’ve seen it work and I believe it.

Kratom is not the whole solution, but it can “buy time” for sufferers long enough to sort their lives out and make some constructive changes. It is definitely effective for breaking the bonds of addiction — and those who have done this, myself included, have no desire to go back.

FREE Kratom To Support Awareness — We Even Pay Shipping
To get a sample of this amazing herb, simply like this Facebook page, and send a Private Message with your name and mailing address and which 2 strains of kratom you would like to try. No joke!
Key Points

Actor/Comedian Robin Williams’ suicide is evidence of the failure of conventional alcohol addiction rehab and depression treatment methods
Amateur former addicts are helping each other learn how the herb kratom can be used to break the bonds of opioid and alcohol addiction.
Severe acute and chronic depression is also being eased with kratom
Anxiety, Panic Attacks, and many common sources of pain are also being helped by kratom
An estimated 500,000+ Americans are using kratom to reduce dependence of prescription and illicit drugs — and living happier, healthier lives
The vast majority of kratom users are middle-aged adults using the herb for medicinal reasons, not reckless pursuit of euphoria
Plain kratom leaf has little potential for abuse
High-priced Addiction Rehab clinics produce lousy results; Kratom works long-term!