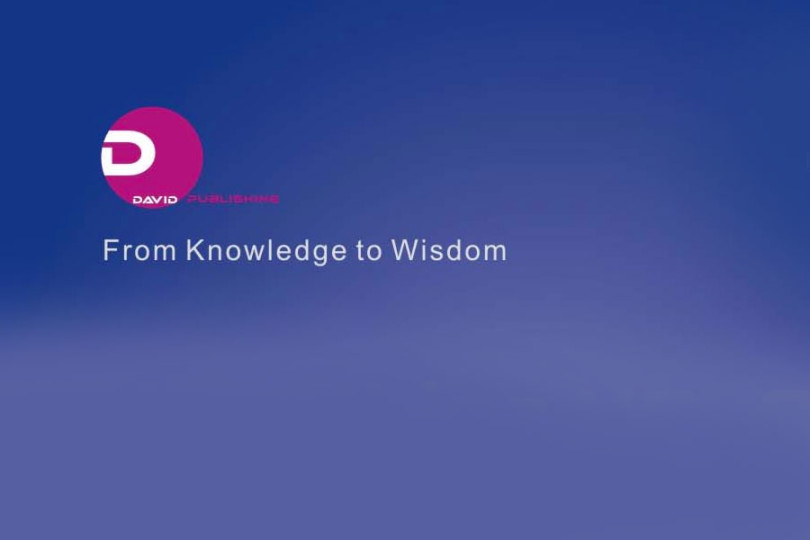 Mitragyna speciosa or Kratom/Ketum is a medicinal leaf from Rubiaceae family harvested from a large tree native to Southeast Asia. In Thailand, the leaf of this plant was known as “Kratom”, while in Malaysia, it was known as “Ketum” or “Biak”. Traditionally, Mitragyna speciosa leaves have been used by local populations for their opium-like effect and their coca-like stimulative ability to combat fatigue and enhance tolerance to hard work. It is reported in local media that traditional healers use Mitragyna speciosa to wean addicts off heroine

Study showed that Mitragyna speciosa users became addicted [3]. Because of addictive effects, Thailand, Malaysia, Myanmar and Australia did outlaw this plant. Other typical withdrawal symptoms include hostility, aggression, excessive tearing, inability to work, aching of muscles and bones and the jerky movement of limbs. It was also reported in the study that anorexia, weight loss and insomnia were common among long-term Mitragyna speciosa addicts.

There are lack of studies on effects of Mitragyna speciosa on behavioural and cognitive performance. Due to that scenario, this project is conducted in order to observe the effect of mitragynine, an active compound of Mitragyna speciosa, on cognitive behaviour scientifically. The effect is observed through locomotor and rotarod activities, novel-object discrimination and anxiety tests. It is speculated that Mitragyna speciosa posses a neuropharmacological properties that can be implicated in drug withdrawal management.

64 male Sprague Dawley rats with age between 8 to 10 weeks with average weight 250–300 g each and 49 ICR mice with average weight 20–25 g were purchased from the animal house of Faculty of Medicine and Health Sciences, Universiti Putra Malaysia. The rats were used in locomotor test, novel-object discrimination test, and anxiety test, while the mice were used in rotarod test. All the animals were allowed to acclimatize for one week before given treatments.

Two types of Mitragyna speciosa extracts were used in this study, which are methanol and aqueous extracts. The dosages for each of extracts were 10 mg/kg, 30 mg/kg, and 100 mg/kg. Distilled water (vehicle) was given as negative control. Both treatments were given orally according to body weight of each rat. Meanwhile scopolamine was given intraperitoneally as positive control used in novel-object discrimination test (NOD) later on. Those treatments had been given continuously for seven days. The tests were carried out at day seven.

At day seven, all animals were allowed to acclimatize with the new environment of behavioural

room for at least one hour prior proceeded with behavioural tests.

The box (75 cm × 75 cm × 75 cm) used in locomotor
activity has tile with 5 × 5 small boxes. In locomotor activity, number of crossing was counted with all four paws of rats was in the same tile. Number of crossing before treatment and 30 minutes after treatment was counted. The data was transformed to log10 and will then be further analyzed using statistical analysis.

For novel-object discrimination test (NOD), the rat was first placed in a perspex box which was parallel to the side walls and its nose was pointed away from the objects. For first three minutes exposure, the rat was exposed to two familiar objects (E1) while at the second three minutes exposure (E2), the rat was exposed to one familiar object and one novel object. The time interval between those two exposures was one minute. The time-spent on familiar (F) and novel (N) objects was recorded for both exposures. Discrimination ratio (D1) was calculated by substracting the N to F, while discrimination index (D2) was obtained by dividing D1 to the total time spent of N and F.

In anxiety test, elevated plus-maze test (EPT) was used. The times of rat spent at the open and close arms were recorded in percentage (open arm to close arm) before transformed into arcsine. The total time of exploration of each rat in the apparatus was 5 minutes.

Rotarod activity was designed after locomotor activity had showed decreasing number of crossing. This test had used ICR mice and mice were given treatment 30 minutes before test. All mice were placed on the moving rotarod for 120 seconds. Time when the mouse fell from the revolving rotarod was recorded in seconds.

All the data were analyzed using SPSS 16.0. The tests carried were one-way ANOVA and Tukey multiple comparison test.

Locomotor activity was counted before and after the last treatment. The differences between pre and post-treatment were converted in form of log10 in order to normalize the reading before proceeded to analysis using SPSS 16.0. Table 1 and Fig. 1 show

antilog10 of the result in comparing all the dosages of each extract.

Table 1 Locomotor count for each treatments and extracts with standard error of mean (S.E.M). The count for pre- and post-treatments were recorded in number. The differences were obtained by subtracting pre to post-treatment.

In NOD test, the values that should be notified were the discrimination ratio (D1) and discrimination index (D2). D1 was used in predicting the differences between times spent on novel to familiar objects, while D2 was obtained in evaluating the significant time space for novel object as respect to the total time spent on both objects. Total time spent on E1 and E2 were to minimize the factors that effecting the total time spent on both objects. The following Tables 2 and 3 show the readings for E1, E2, D1 and D2, specifically to each treatment, respectively.

From the Table 2, there is no significant effect observed in term of total time spent on the objects. With the same ratio time spent, the only different is the time spent on each objects exposed expressed

Table 2 The mean of total time spent on novel and familiar object during E1 and E2 was recorded in seconds with standard error of mean (S.E.M).

Table 3 The following D1 and D2 were recorded as value yielded from the formulations.

For D1 and D2, there are significant differences at p < 0.001 by comparing the treatments and controls.

Data collected from the EPT was in second which later was converted to percentage. For normalization, the percentage was transformed to arcsine before proceed to analysis procedure. The following data was

Note: Table shows the means for total spent during E1 and E2 with no significant differences at p > 0.05.

Fig. 2 The above bar chart show the discrimination ratio, D1, of each treatment. All the Mitragyna speciosa dosages and positive control treatments showed significant differences statistically at p < 0.001 (***) as compared to negative control. As compared among the mentioned treatments, there are no significant differences observed to positive control at p > 0.05 except for 10 mg/kg of aqueous extract of Mitragyna speciosa at p < 0.05 (*).

Fig. 3 The bar chart above shows the discrimination index, D2, for all treatments. There are observable different statistically showed by all Mitragyna speciosa dosages and positive control as compared to negative control at p < 0.001 (***). As among the Mitragyna speciosa, there are difference showed by 10, 30 mg/kg of methanol extracts and 30 mg/kg of aqueous extract at p < 0.05, while 10 mg/kg of aqueous extract showed statistically observable different at p < 0.001 (***) as compared to positive control.

in percentage of time spent on open- and close-arms, which is more explainable.

Percentage of differences was obtained through the differences between percentages of close-arm to open-arm. From the table, there are obvious

Table 4 The percentage of arms spent by the rat in five minutes exposure after analytical procedure.

The rotarod unit was automated and interfaced to a personal computer allowing automatic recording of the time that each rat was able to stay on the rod at different rotational speeds. Research done had related sedative effects on mice to accumulation of dopamine in the striatum [9, 10]. Accumulation of dopamine is probably due to a selective interruption of the flow of the nerve impulses in the dopaminergic nigrostriatal tract [11]. Reductions of time-spent on revolving rotarod can be concluded to the sedative properties of Mitragyna speciosa. Since both locomotor and rotarod tests showed decreasing activity to the increasing dosages, we can postulate that the lower dosages of Mitragyna speciosa used can show no significant difference in the motor activity. In further usage of this leaves, low dose should be use to prevent the withdrawal to motor activity.

In the novel-object discrimination test, the result was analyzed by discrimination index (D2) which takes into account individual differences in overall levels of exploration [12]. The physiological evidence for working memory in animals has typically come from studies in which animals were given a brief cue to hold in memory during a delay period of a few seconds and then required to make some choice or

The differences between close- arm and open-arm showed significant differences at p < 0.001 for all the treatments.

As total view, methanol extract showed no significant different to aqueous extract at p > 0.05 while both extracts showed explainable differences as compared to negative control at p < 0.001.

As total, methanol extract has no explainable differences statistically to aqueous extract at p > 0.05. Both extracts instead showed observable effect as compared to negative control.

response based on this cue [13]. The D1 receptor, selectively distributed on prefrontal neurons in a way has a specific role in regulating neuronal activity associated with the mnemonic process. Increasing dopamine D1 receptor stimulation with a D1 receptor agonist infusion into the prefrontal cortex is sufficient to induce working memory deficits [14]. Thus, the normal action of dopamine is inhibitory, constraining neuronal activation during performance of a working memory task. Usage of Mitragyna speciosa seems to give negative effect to memory performance. For further study, lower dosages of Mitragyna speciosa should be recommended to give no significant difference to control, so that this plant can have more positive effects.

The elevated plus-maze test (EPT) is based on the fact that exposure to an elevated and open maze alley leads to an approach-avoidance conflict that is considerably stronger than that evoked by exposure to an enclosed maze alley. The percentage of open arm entries provides a measure of fear-induced inhibition of exploratory activity. This ratio of percentage of open arm and close arm is increased by anxiolytic and reduced by anxiogenic compounds [15]. Following this test, Mitragyna speciosa possess an anxiolytic property. This property was clearly observed by increasing time-spent in open arm of elevated plus-maze test. The mechanism of action of anxiety was usually related to serotonergic (5-HT) pathways. In general, decreasing 5-HT neurotransmission produces an anxiolytic effect whereas increasing 5-HT stimulation tends to increase anxiety. These effects are relatively weak and confined to a narrow dose range [16]. Compared to other tests, anxiety test showed positive effect of Mitragyna speciosa. Mitragyna speciosa can be used in treating anxiety since increasing dosages of Mitragyna speciosa can significantly possess anxiolytic property.

Dopamine and non-dopamine mechanisms, Journal of

lesions of the perirhinal cortex do not mimic the behavioural effects of fornix transection in the rat, Behavioural Brain Research 80 (1996) 9–25.