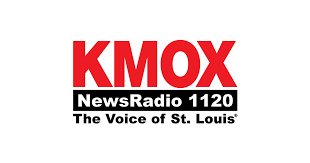 ST. CHARLES (KMOX) – County Councilman Joe Cronin says he tried the herbal supplement Kratom recently out of curiosity and wound up building a backyard paver wall without any of his typical shoulder pain.

That anecdote was offered Tuesday, as council members considered banning the substance.

Kratom comes from a tropical evergreen tree native to southeast Asia. It offers relief from pain, depression, and anxiety by triggering the same receptors in your brain that an opioid would and, if you take too much, you can go into respiratory depression and possibly die.

They heard from both sides of the discussion at their meeting – from concerned County Coroner Mary Case and chair of the American Kratom Association David Herman.

Herman blamed many overdoses on Kratom that had been contaminated.

Councilman Cronin addressed that: “You want to keep selling this product – it helps a lot of people – but if we have bad actors selling bad stuff and people start dying, then we’re going to be looking to ban this stuff, okay?”

“We do need to have regulation in this and we need to figure out how can we make sure people are getting what they think they’re getting when they buy this,” councilman Mike Elam said.

“I don’t think anybody’s going to put forth a bill to ban toothpaste in St. Charles County,” Elam said.

Cronin asked whether the Kratom Association could test and certify that certain brands are safe. He compared it to the American Dental Association endorsing toothpaste.

No final decision was made Tuesday on either the bill to ban Kratom or the bill to regulate and permit its sale.