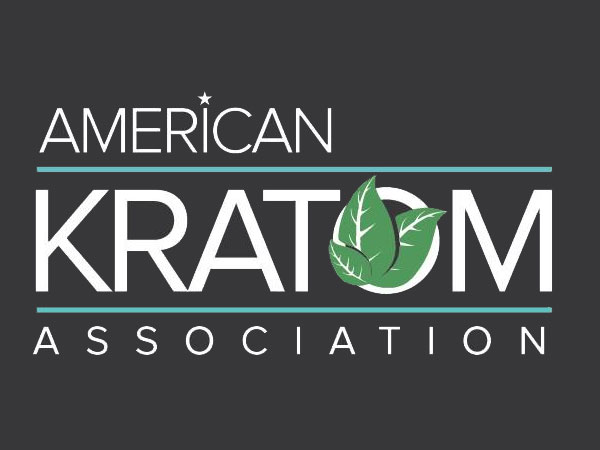 My name is Susan Ash and I’m the founder and Director of the American Kratom Association(or AKA), a non profit formed by consumers for the purpose of protecting the right of all Americans to use the plant Kratom (Mitragyna Speciosa) without undue influence from, or affiliation with, businesses that profit from it. We launched in February to represent and advocate for the approximately 2 million Americans who use Kratom for medicinal purposes, and we greatly appreciate this opportunity to speak to you today.

As you know, we’re here today because last year the state of Wisconsin classified the primary alkaloids in kratom, mitragynine and 7-OH (hydroxymitragynine), as Schedule I (Wis. Stat. § 961.14) and we—myself and fellow AKA members—believe that decision should be reversed. The American Kratom Association has hundreds of dues-paying members, with more than 1,700 people in our advocacy group. We represent people from all walks of life, all over the U.S., many of whom are Wisconsin residents that are either afraid to speak about their Kratom use for fear of being criminally prosecuted, or are simply at a loss for words over losing their rights to use what they consider a panacea for a variety of ailments, both large and small. We are everyday people: teachers, firefighters, environmentalists and nurses, who’ve found Kratom greatly improves our quality of life. We do not profit from Kratom; we are consumers who rely on it. Though there are hundreds of stories I’d like you to hear, let me begin by sharing my own.

With a Master’s Degree in Forestry, I was once a high-functioning professional directing non-profit environmental campaigns out West. My job required that I spend a lot of time in the forests I was working to protect. Around 2006 I became ill. Dozens of tests and doctors and incorrect diagnoses led to me being prescribed just about every drug imaginable (mostly narcotics) to treat my symptoms—mainly severe, unrelenting pain and fatigue. From morphine and all its derivatives to Xanax and Adderall, you name the controlled substance,and I can just about guarantee my doctors prescribed it. The Adderall was prescribed to treat the symptoms of fatigue from the morphine, the Xanax to treat an anxiety disorder worsened by the Adderall that gave me the energy to keep my job, and so on.

Each additional drug was required to address the side effects of the previous prescription. In 2008, in my late 30’s, I was so ill I had to move back home to live with my parents. When my friends were out getting married and having children, I was reduced to a mostly home-bound existence under the care of my parents. In 2010, I finally got my diagnosis: late stage Lyme Disease. By that time it was so advanced I began giving myself daily intravenous antibiotics through a chest port and did this nearly a year. I never fully recovered and started receiving disability in 2011. That’s when I found kratom.

The narcotics were not enough to treat my pain, I was running out early and using them as an escape from what anyone would consider a miserable, hopeless existence. I began using Kratom as a replacement for my pain medications when I ran out. In June of 2014, after a major surgical procedure, I started taking kratom daily and literally in just two weeks’ time, I went from years of being mostly bedridden, only leaving my house to see doctors, to being able to travel to Wisconsin today from my home in Virginia to be here with you all. I have been taking kratom daily for over a year now, with a few intentional breaks.

Members of the AKA, like me, credit Kratom for helping us return to jobs, families, and to LIFE. Our average member is 40 years old, professional and using kratom to manage many symptoms of chronic and often debilitating illness, not to feel intoxicated. Of the nearly 9,000 members of support groups I help moderate every day,

As you all know by now, Kratom is an all-natural, herbal botanical in the coffee family. It does not belong in a category of synthetic drugs. Unlike what is printed in the DEA fact sheet on Kratom, it does have many traditional and current medicinal benefits and few, if any side effects. I, personally, have never experienced a single side effect in my year of daily Kratom use, nor have I ever experienced withdrawal symptoms upon stopping it. I take breaks to combat any possible tolerance issues I’ve read about in the literature and about three months ago stopped using kratom “cold turkey” without so much asa runny nose, the most commonly cited withdrawal symptom from daily kratom use. Understanding the current debate on synthetics, kratom is neither dangerous nor synthetic in its natural form and it does not warrant being banned like synthetics, especially when dangerous new synthetic drugs like “flakka” are sweeping the U.S.in epidemic proportion.

Ironically, flakka is currently not on the DEA watch list for drugs of concern; the DEA themselves have confirmed this. According to one of the leading experts on Kratom in the country, Dr. Christopher McCurdy of Ole Miss, unlike many dangerous pharmaceuticals, (even seemingly benign over-the-counter aspirin and acetaminophen products which cause over 16,500 deaths and send 78,000 Americans to the Emergency Room each year) Kratom is not responsible for a single reported death.

Kratom was not banned by the FDA, as media and legislators in states like Florida have claimed, but was placed on an FDA import-alert well over a year ago, because some companies were selling it by making claims it can treat disease. Since it’s not yet FDA-approved, that’s illegal; hence import alert 54-14 and a large seizure of $5 million dollars’ worth of kratom improperly marketed as curative of disease in CA last year. As an aside, it may be wise to let the actions of federal authorities investigating this plant take their course before passing laws banning its use.

Our members use Kratom to relieve a variety of chronic illnesses and conditions, large and small, like pain, chronic fatigue, depression, anxiety, insomnia, ADHD, high blood pressure, MS, fibromyalgia, Lyme Disease, to ease opiate withdrawals and to help manage addiction among many others. Thanks to Kratom most of these people, including myself, no longer need or rely on dangerous (and often deadly) pharmaceuticals to function, and all report having better lives and healthier lifestyles.

Research studies are desperately needed and funding to continue those already underway should be a priority. Many of the folks in this room are an integral part of that effort. Though I wasn’t able to come armed with hundreds of pages of research studies—the results of the first peer-reviewed human clinical trial released in April showed no adverse effects from using kratom. Further, what I did come armed with today is the history that led us here and a few hundred short testimonies from kratom consumers across the county to give you a glimpse of the diverse cross-section of people we represent.

Before I conclude, there are three important things I want leave you with: First, the legislation that led kratom to be classified as Schedule I, had hundreds of compounds on the list. I would imagine most legislators didn’t know what a majority of them were—but since they were presented, they were banned with little objection. Since we’ve started working with legislators and regulators like yourselves,there have been eight states with similar bills on the table and through education and advocacy like this, have removed kratom and/or the primary alkaloids from their proposed bill language.

Unfortunately for Wisconsinites, our advocacy efforts began shortly thereafter the bill passed here. Second, the average Kratom consumer looks like the average American. We’re your neighbors, we’re active in our communities, we’re parents, we’re professionals. Last, but certainly not least, Kratom is a natural botanical and it’s safe. I’m not interested in putting things that are dangerous in my body—that’s part of what led me away from all the medications I was prescribed in the first place. I, and all my members, thank you very much for your time and consideration today,and I look forward to answering any questions you may have.