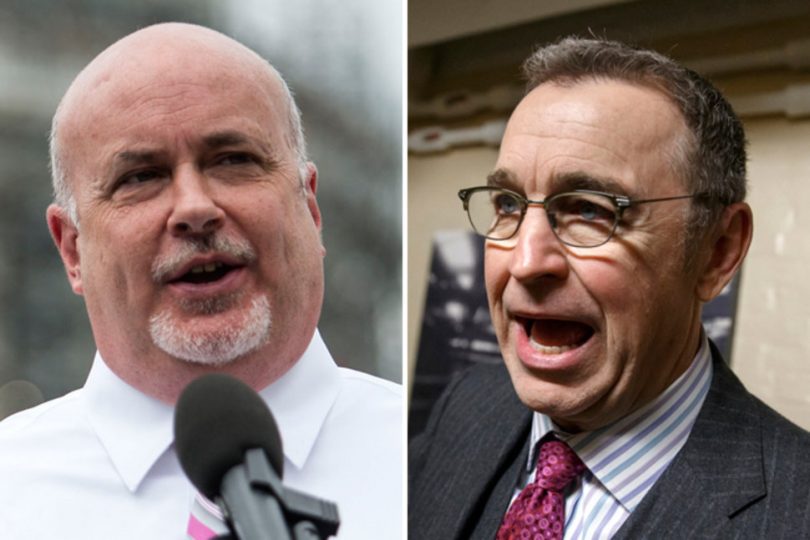 A large and bipartisan contingent in Congress is asking the Obama administration to delay the sudden ban poised to take effect next week on possessing kratom, a Southeast Asian tree leaf product that supporters describe as a near-miraculous treatment for pain, depression and addiction to opiates and legal narcotics.

Reps. Mark Pocan, D-Wis., and Matt Salmon, R-Ariz., recruited 45 signers in the House of Representatives on Friday afternoon for two letters, which will be sent Monday to Chuck Rosenberg, acting administrator of the Drug Enforcement Administration, and Office of Management and Budget Director Shaun Donovan.

“This significant regulatory action was done without any opportunity for public comment from researchers, consumers and other stakeholders,” the lawmakers say in the letter to Rosenberg. “This hasty decision could have serious effects on consumer access and choice of an internationally recognized herbal supplement.”

The letter to Donovan asks him to overrule the DEA, which is invoking a rarely used emergency power with just 30 days notice, warning the action “will put a halt on federally funded research and innovation surrounding the treatment of individuals suffering from opioid and other addictions.”

Susan Ash, founder of the American Kratom Association consumer group, which organized a Sept. 13 protest at the White House, says she remains hopeful that the ban won’t go into effect for two compounds in kratom that would essentially ban the plant.

“I feel a lot of hope because the amount of congresspeople who are paying attention to this issue and the media and the public are really weighing in our favor – it’s finally coming to light who the average kratom consumer is,” Ash says.

Those users include recovering heroin, cocaine and alcohol addicts, fibromyalgia patients, and people with arthritis and cancer, according to a sampling of attendees at the White House protest. Some veterans with post-traumatic stress disorder and people with depression say it has helped them, too.

AKA Executive Director Paul Pelosi Jr. says he believes the DEA has been surprised by a deluge of user pleas to keep kratom legal and that “I think everyone’s looking for a way to save face – like, ‘How can we come back from this?'”

Pelosi has tried kratom but does not regularly use it. He says he believes that between 4 million and 5 million Americans may be using kratom – an estimate higher than the hundred thousand or so others offer, which he bases on his understanding of industry sales figures.

“It’s pretty safe. It may be slightly addictive, but there’s no overdose or safety issue, so I think the DEA was unaware people use it in a kava shop, a cafe and that veterans use the leaf naturally,” he says. “It’s not just a couple of teens trying to get high. There’s limited party use for this.”

Indeed, preliminary scientific analysis shows that kratom, despite DEA concern about safety and anecdotal reports about dependence potential, could offer substantial harm reduction — particularly as accidental overdoses of opioids including legal painkillers and illegal drugs like heroin killed more than 28,000 in 2014 alone.

“Both mitragynine and 7-hydroxymitragynine are partial agonists of the mu opioid receptor, and that is the same target that heroin, morphine and fentanyl bind to,” Kruegel says. “But the key thing from the science side is they activate this receptor in a different way. For one, they are partial agonists, which means they stimulate the receptor to a lower level … no matter how high you go with the dose.”

Kruegel says mitragynine and 7-hydroxymitragynine preliminarily appear “similar in terms of pharmacology” to a drug called Oliceridine that currently is undergoing Food and Drug Administration-approved phase three trials in humans.

Columbia University researchers currently are scrambling to complete research for a paper on kratom’s effects on non-opioid receptors, and are busily boiling leaf matter in alcohol to extract the mitragynine and use chemical reactions to convert it into non-Schedule I analogs.

“We obviously can’t have kilograms of kratom around here when the ban goes into effect,” Kruegel says.

If the ban does go into effect, Kruegel says he would like to apply for a special Schedule I license to continue research, but he points out the hoops to jump through are onerous – as marijuana researchers have lamented for years – including installation of a safe that costs about $10,000.

Despite the backlash, the DEA’s knees aren’t buckling, though sympathetic statementsone spokesman offered the Washington Post last week gave some advocates hope. “I want the kratom community to know that the DEA does hear them,” spokesman Melvin Patterson told the Post. “Our goal is to make sure this is available to all of them.”

With a week to go before the ban is scheduled to take effect, however, spokeswoman Barbara Carreno says she has received no indication there will be a reversal.

“It’s not that the DEA is unsympathetic to people who have chronic pain or who are addicted to opioids,” she says. “We are people just like everyone else who get in a car accidents and break our femurs and get cancer and have surgery and are in need of pain medicine. … It’s just that science says this is a problem and we need to keep people safe.”

Carreno says “the analysis we did showed there is enough of a public health problem with kratom” to justify it being placed in Schedule I on an emergency basis, a classification that would last two or three years until removal, permanent listing or scheduling in a lower ranking based on additional research.

“I have not been advised it’s being reconsidered, but we have not gotten the congressional letter,” Carreno says.

The DEA said in its notice last month that it believes 15 deaths in the U.S. were associated with kratom. The AKA disputes this and says it hired a toxicologist who reviewed the cases and found that there was no evidence to support the assertion and that most, if not all, of the deaths may have been tied to other drug use.

In addition to the congressional letter, lawyers for the AKA are sending the DEA their own letter on Monday, Ash says, though there are no immediate plans for a lawsuit.

The AKA has received an influx in donations, Ash says, and the Botanical Education Alliance industry group is also working to combat the ban

Pelosi, son of House Minority Leader Nancy Pelosi, D-Calif., says he’s a volunteer with AKA and that he focuses on the community-organizing aspect of advocacy, rather than lobbying members of Congress. His mother was not among the letter’s signers.

If the ban does take effect, it’s likely to wallop entrepreneurs who have invested hundreds of thousands – or millions – of dollars in the leaf matter, which generally is powderized for use in teas or pills.

Nu Wave Botanicals national sales manager Chris Kratom (a professional rather than legal surname) says he is winding down operations with a business partner. The men operate a warehouse in Utah and two in Texas, he says, and are shipping everything to one of the Texas locations to be cataloged.

Kratom, who primarily wholesales product sourced in Indonesia to other distributors, says he personally has more than $100,000 worth of product that he will be unable to sell. His partner has about $1 million worth of unsold kratom.

That puts the entrepreneurs in a pickle. Two other businesses with similarly large stockpiles are taking the product to Mexico or Canada, where the plant remains legal, Kratom has heard.

But Kratom, whose converts to the product include his Mormon father, currently is leaning toward turning over his supply to the DEA when the ban takes effect. He says he’s in contact with the local DEA office and that it’s his understanding his choices are to incinerate the supply or hand it over.

“I have a family and I don’t have an arrest record. … I’m going to keep it that way,” he says. “We want to work with the DEA so in case the hammer goes down on the 30th we have nothing to raid.”

Kratom says if he gives his product to the DEA he probably can write it off on his taxes and potentially get it back if the DEA decides to delay implementation of the ban. If he took it overseas, he says, he lacks the business connections to sell it and probably would have great difficulty repatriating it if the ban lapses.

“A lot of people say they are scared to death of relapsing without [kratom],” she says. “And if this ban goes through there’s going to be an illicit black market, and who knows what people are going to be putting into this product, so deaths are going to increase by that in itself.”

The list of lawmakers who signed, provided by Pocan spokesman David Kolovson:

DEA to give kratom Schedule I classification
KTVL – Medford, OR