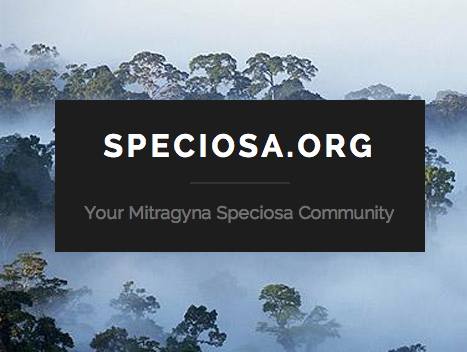 If one were to try to guess at the cost of what we as a nation and we as the people of Earth have lost due the prohibition of cannabis it would be impossible. There are so many different industries and living things that would have been drastically different if man had not decided to prohibit not only a plant but the prosperity and health of a nation. Just imagine if the trillions of dollars we send to the Middle East for oil was distributed to farmers and  communities of every county and every town in the nation through their economic involvement growing and processing hemp . What would it be like if there were many many more families who had enough money to not only live well but to shine. What would these people have achieved if they were not stuck in jobs that were barely enough to keep your family afloat. What would it be like if these trillions of dollars were not funneled into a religious hot bed of fanaticism.  Would the people in the Middle East be better off if super powers were not jocking around for their natural resources by drilling out the life blood of our planet and tipping the balance of CO2 to a surely lethal level while simultaneously  cutting down every tree we can as fast as we can.  There is only one way to balance the CO2 that fuel burning emits and that is to grow your fuel on large scale globally. This will give the farmers the oil money in every nation on Earth. Hemp can grow anywhere and has varieties specified for each and every climate. Our nation would not be in multi trillion dollar deficit and would likely be the most wealthy powerful nation on Earth. We let a few greedy men pass some laws to allow the wealthy to deforest and plunder our resources for the short term financial gains of a few bloodlines.  Hearst with his newspapers spread the lies using tree pulp.  Is it easier to tear down a forest and continue to do that rather than grow a rotating sustainable crop? No, 4.1 acres of trees is equivalent to 1 acre of hemp for paper making. Hemp can be grown in about 90 days and trees take a minimum of 18 years. Hearst was protecting his buddies in the pharmaceutical industry and other industries which would gain from the banning of  cannabis.

Well the cards have flipped 75 years later. Their actions have driven cannabis underground which has made it one of the most expensive plants and agricultural

products on earth. This industry belongs to those who fought to legalize cannabis. Those warriors are now positioning themselves across the world and developing industries which have unlimited potential for growth.  A shift in global wealth is going in the hands of Earth conscious warriors who won’t let the system of corrupt wealth and politics to destroy mankind. We can bring ourselves out of debt as a nation and build a bright future for the planet we live on. It is not too late. If there was less suffering and fighting over resources mankind would not be at war with one another at the alarming rate the last two centuries. It’s not too late – our time has come.

So what’s gonna happen if we let big pharma and media trick our representatives into banning kratom. What will be the overall cost of it does go away. How many years will people have to fight to legalize kratom? How many people will die and what would the world be like if they were here? We have already let the pharmaceutical companies, one in particular Purdue, murder hundreds of thousands of lives and destroy the lives of many millions. Why is our government protecting the evil billionaires and allowing OxyContin and phentynol to be prescribed to people for minor aches and pains or even used at all.  How does a doctor prescribe his patients something knowing dam well that some will become addicted and not be able to make proper decisions like maybe I should stop. We can not let the government take kratom away while at the same time they are opening their eyes to the mistakes of cannabis. The kratom community is doing an amazing job thus far. What has been accomplished in  in the 5 years the states and the federal government is a sounding.  Arizona , Oklahoma, Illinois,  New York, New Jersey, Florida three times, Georgia , Louisiana, West Virginia , Michigan, Kentucky, Mississippi, and other states have all successfully either stopped a bill or amended a bill to keep kratom available. Oh yeah and the DEA! The Botanical Education Alliance and of recent the American Kratom  Association has been  fighting and leading the way.  We all have a chance to make the world a better place. Now is the time and it’s not too late. Lets take back our brothers and sisters from addiction and get to work re building this nation for the new generations to come. The generations which will no longer be fooled by powerful plots to prohibit the development of we the mother fuckin people . Free ourselves from the bondage of opiate slavery. Burn down the masters plantation and emancipate ourselves from bondage. What would I have been and what could I have done if I had not lost 12 years to Oxycontyn. I was on a rocket like trajectory to the top of the world before I met the dealer Drug dealer in the white coat, my pain doctor.  For 12 years and the most of my adult life I suffered.  I knew better and was outspoken against pills my whole life. Once you take it you are just unable to make good decisions. The nueropathways are clogged with the drug and you happiness is now decided by this chemical and not your natural ebb and flow of life joys and blues. Of course one would choose to keep feeling the happyness and avoid the dark side. So yeah take more and more seems like a good decision. I’m not gonna get addicted and that shit doesn’t happen to people like me. My pain doctor knew dam well what she was doing. The lobby of the clinic was a scene from a hillbilly West Virginia meth lab. No disrespect WV. People died weekly. Some kids would come in with bloody rags stuffed in their nose. One guys whole nose was swollen and Pussie, it was huge. This guy should have been in the emergency room  but he just wanted to get a script. The doctor, Sharleen Robinson , of Broward County Florida didn’t seem to mind. He walked out with the maximum Oxy, Roxicodone , Xanax and Soma and so did every patient in the place myself included.  I don’t blame her she was just another piece of the corrupt system to push opiates as a normal pain reliever allowed by our leaders on capital hill.

We can lot let this happen again to mankind. The backlash of banning a plant or prohibiting people from their business and way of life is unmeasurable. What will the world look like if kratom and cannabis industries were allowed to thrive. In fact stimulated by our government as a matter of national

Security and ensured that we lead the way as the benevolent nation that we boast that we are.  Now is the time for the people who believe in the power of the plants to grab the lever and pull the switch. It is our turn to amass wealth and power to make the decisions for our families and loved ones.  To make live on Earth harmonious with the environment and usher in a new era of art and culture. A modern day renaissance of technology and progression into the future. Now is the time. Search your soul and find a role.  Not one person can sit and watch as we corralled like cattle on the way to the slaughterhouse. You must do something you must say something. Listen to you inner soul and the path will reveal itself. Clean your mind and your body to allow this. Channel positive thoughts and avoid negative energy or conversation abruptly. Wake up and Live.