The FDA’s dangerously unscientific decision to classify the herb Kratom as an opioid will do nothing whatsoever to stop America’s opioid crisis, writes Coco Smyth. 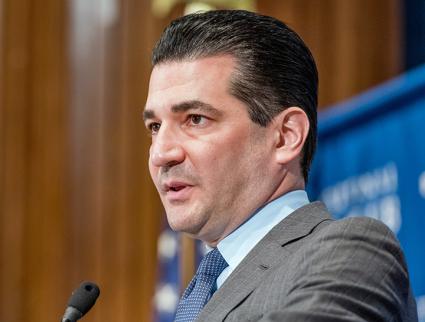 WITH THE opioid crisis growing ever more dire, what is the significance of the Food and Drug Administration’s (FDA) recent decision to ban the herb Kratom?

Kratom is a plant indigenous to Southeast Asia that has been utilized for millennia to treat pain and illness, and improve mood, among other uses. In the past few years, Kratom has become increasingly popular in the U.S., with an estimated 5 million users today. It’s become particularly popular among people trying to get off prescription and non-prescription opioids, as well as those who suffer from chronic pain.

Though the FDA claims that there are several dozen deaths related to the use of Kratom and supplements that contain it, the herb has proven to be a generally safe, cheap and effective alternative in comparison to the treatments offered by the pharmaceutical industry.

As part of the effort to address the opioid crisis that continues unabated across the U.S., especially in the Upper Midwest “Rust Belt,” the FDA recently announced it was classifying Kratom as an opioid, paving the way for criminalization.

The backdrop to this classification of Kratom is the ongoing opioid crisis. According to the U.S. Department of Health and Human Services, there were more than 42,249 opioid overdose deaths in 2016–an average of 115 deaths a day. An estimated 2.1 million Americans have an opioid use disorder.

This isn’t the first time there has been an attempt to ban Kratom. A 2016 move by the Drug Enforcement Administration (DEA) to ban the herb testified to the importance it holds for many sufferers of chronic pain, as well as recovering addicts.

The ban was staved off temporarily after a widespread negative response, including a petition signed by 142,000 people, as well 1,175 statements against the ban from doctors, veterinarians, scientists and law enforcement officials.

THE FDA’s current decision to classify Kratom as an opioid is both alarmist and dangerously unscientific.

Given its current unscheduled classification, the listing of Kratom as an opioid appears as an obvious attempt to whip up hysteria about the threat it supposedly represents and to strengthen the case for criminalization.

More astounding, but perhaps unsurprising, is the FDA’s blatant fabrication in this move. The key factor in the classification of a substance as an opioid is whether it binds with opioid receptors in the brain. Kratom, though it interacts with opioid receptors, does so in a way that differs from traditional opioids.

This unique interaction with opioid receptors results in Kratom having some different effects from traditional opioids, as well as the low addictiveness that has led many opioid users to embrace the drug as a form of self-treatment. The reality of Kratom’s interaction with the brain suggests that the FDA is stretching the category of opioids for political, rather than scientific, reasons.

As for its safety, as a recent CNN article pointed out, the 44 overdose deaths that the FDA has attributed to Kratom have been based on a highly questionable methodology of self-reporting. Only a few of these claimed overdoses have been medically investigated, and each time, Kratom could not be attributed as the sole cause of death.

The character of the FDA’s study demonstrates that its key concern is certainly not the threat Kratom poses to Americans, but how it can shore up the monopoly of the pharmaceutical industry and bolster industries around drug treatment and incarceration.

The pharmaceutical industry has made billions of dollars through the production, dissemination and misuse of opioids for pain management.

According to the National Institute on Drug Abuse, between 21 and 29 percent of patients prescribed opioids for chronic pain misuse them, and about 80 percent of people who use heroin first misused prescription opioids. A significant market has developed through both the legal and illegal production and distribution of these drugs.

At the same time, there is a major and growing industry around both rehabilitation for opioid users–and incarcerating them.

Much of the treatment for opioid addiction consists of expensive live-in programs or drug cocktails. The U.S. government also exacerbates the impact and stigmatization of addiction by incarcerating addicts.

Thus, the opioid crisis has been exacerbated by both the cost of treatment and the fear produced by the looming specter of incarceration.

THE PUSH to ban Kratom is nothing new. Before every new drug criminalization, the U.S. government steps up rhetoric about the dangers of addiction and the threats of crime.

For nearly a century, the U.S. government has utilized drug criminalization against primarily poor and working class people. In particular, the “war on drugs” policies begun under Richard Nixon in the 1970s and continued ever since have helped make the U.S. the country with the world’s largest prison population by an order of magnitude, with a disproportionate representation of Black and Brown people.

Drug criminalization has done nothing to prevent crime or rates of addiction. What it has done is cost U.S. citizens billions of dollars and increased the budget for policing and incarceration, lining the pockets of some of the wealthiest, decimating poor and working-class communities across the country, and transforming countries like Mexico into war zones by creating an illegal black market.

The decision to ban Kratom will not prevent the opioid crisis from escalating. Instead, it will leave millions of recovering addicts and those with chronic pain without a means of coping.

The entire ideology of drug policy in the U.S. is reactionary: Addiction is labeled a personal flaw and criminalized. However, the opioid crisis and drug abuse generally are primarily a social phenomenon–a product of the declining living standards, wages and the stability of working-class life, as well as a lack of medical care and other factors.

We should oppose the Kratom ban. But we must also do much more if we want to combat the opioid crisis that is killing thousands across the country.

Two things in particular would be vital. The first would be to end the failed “war on drugs,” which treats criminalization of drug addicts as a method of reducing drug use. Such policies have uprooted the lives of countless people in this country and across the world through violence and imprisonment, while doing nothing to stop drug abuse and addiction.

The second would be to establish universal health care so that those with addiction and chronic pain could receive compassionate and medically appropriate treatment.

Today, the wanton way the U.S. health care system and the for-profit corporations that run it treat the issue of pain management and the marketing of opioids has dovetailed with a lack of affordable and safe means to treat addiction.

The danger today is not Kratom, but a social system that criminalizes the only means millions of people have to cope.