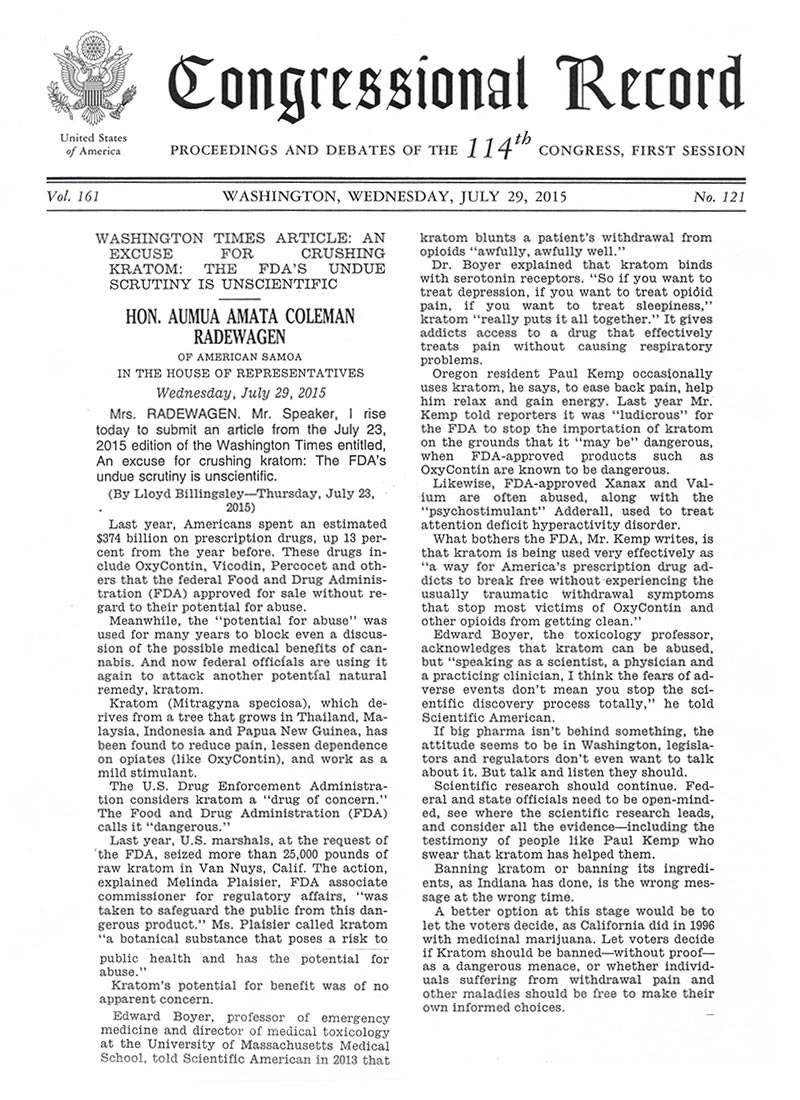 Mrs. Radewagen. Mr. Speaker, I rise today to submit an article from the July 23 2015 edition of the Washintgon Times entitled: An excuse for crushing Kratom: The FDA’s undue scrutiny is unscientific.