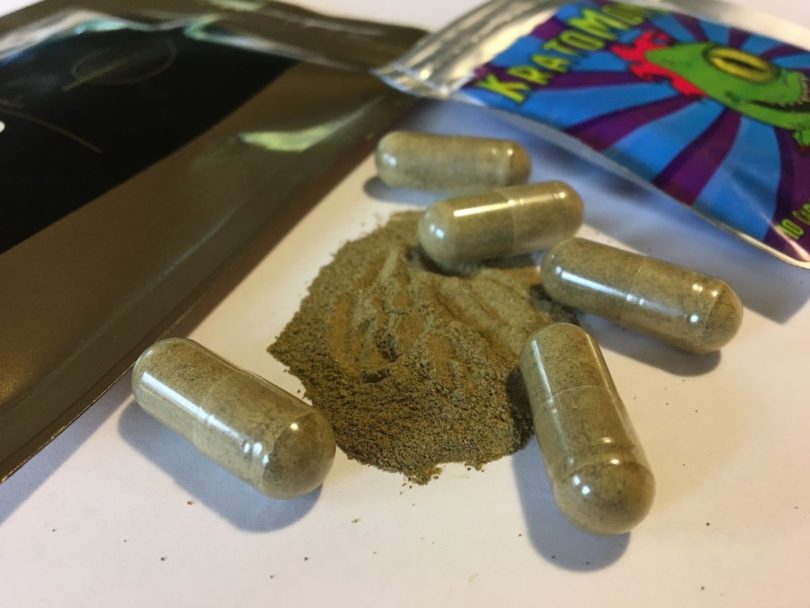 Last week, the federal Food and Drug Administration made headlines for issuing a strongly worded warning against kratom, a botanical supplement usually made from the powdered leaves of the Southeast Asian plant Mitragyna speciosa.

The plant, used as a traditional medicine in its native region, has crept into American and European markets over the past few years as an herbal supplement and recreational product. It produces stimulant and pain-relieving effects that are similar to those associated with traditional opioids, according to a 2012 article in the Journal of the American Osteopathic Association.

In Southeast Asia, the plant has been used for years as a substitute for opium, according to the National Center for Complementary and Integrative Health.

Proponents, such as the American Kratom Association, say that the botanical can increase energy, provide pain relief, and even treat conditions including depression, anxiety and opioid addiction without being habit-forming — “unless taken in extremely high doses for extended periods of time,” according to the organization’s website.

The FDA, though, thinks differently. A statement from Scott Gottlieb, the agency’s commissioner, warned that kratom “carries similar risks of abuse, addiction and in some cases, death” to narcotics such as opioids. The agency also stated that there have been 36 fatalities in the U.S. associated with kratom-based products, and that kratom-related calls to U.S. poison centers have increased 10-fold from 2010 to 2015.

It provided no details on whether those deaths stemmed from improperly high doses of the supplement or whether kratom was used in combination with other narcotics.

“Basically, what the agency is saying is that kratom behaves as an opioid and that it itself has troubling side effects,” said Lyndsay Meyer, a spokeswoman for the FDA. “We’re open to possible therapeutic benefits, but they need to be backed by sound science and weighed against the risks of the drug.”

So, is kratom a problem

Currently, there is not strong evidence that Marylanders are misusing kratom to a large degree. From January 2010 to the start of November 2017, there were 27 kratom-related calls made to the Maryland Poison Center, according to Executive Director Bruce Anderson. In Frederick County, there were only two total calls — one in 2016 and one in 2017.

Anderson, however, was quick to stress that calls to the agency didn’t necessarily reflect overall use of the drug.

“Just because people aren’t calling us about these substances doesn’t mean that they aren’t being used,” he wrote in an email. “We can only report what gets called in to us.”

The Maryland Department of Health is also keeping a close eye on kratom, especially in light of the statewide opioid epidemic, said Dr. Jinlene Chan, the acting deputy secretary for Public Health. The plant is currently legal in Maryland, but — like the FDA — the department considers kratom to be an unapproved drug.

The product is currently available over the counter at Willie’s Smoke Shop and at Bradley’s Adult Video and Gift Outlet in downtown Frederick. A package of kratom capsules costs about $20.

Kratom is also easily accessible online. A quick Google search yields hundreds of vendors offering the product, sometimes at very low rates. While the FDA is working to stop and detain shipments of kratom into the U.S., according to Gottlieb’s statement, the plant is only illegal in a handful of states, including Alabama, Florida, Indiana, Arkansas, Wisconsin and Tennessee.

For federal agencies, including the FDA and Drug Enforcement Administration, the potential therapeutic benefits of kratom don’t outweigh its risks. Like narcotic opioids, the plant carries a serious chance of respiratory depression, seizures and withdrawal symptoms, Meyer said.

The DEA considered kratom such a risk that it announced plans to classify the botanical as a Schedule 1 drug in August 2016, a decision that was met with a massive outcry by advocates, including the American Kratom Association. By October, the administration postponed its plans and allowed for a period of public comment on the substance, according to spokeswoman Katherine Pfaff.

Studies of kratom by non-federal researchers offer a mixed picture on the risks and efficacy of the plant. Research on its use, especially in Western countries, is scarce, and there are only a few comprehensive reviews of existing data. One 2017 literature review in the Journal of Ethnopharmacology found that kratom was used most commonly for pain management or treating opioid addiction, but that little evidence exists on safe preparation or correct dosage.

A 2015 article in the journal BioMed Research International found that different preparations of kratom offered varying levels of active compounds. Kratom tea, for example, could be less potent than powder capsules, making it difficult to assess the toxicity of the plant.

Another 2016 literature review in the journal Brain Research Bulletin found that while kratom had serious adverse effects in Western countries, death or overdose reports were virtually nonexistent in Southeast Asia, where the plant is traditionally used.

For Michael Tims — the academic director of the herbal program at the Maryland University of Integrative Health — varying reports on the safety of kratom could be tied to the different preparations of the plant. Because kratom is not regulated, reported overdoses might be due more to adulterated products or extraction methods that differ from traditional ways of consuming the substance.

“There’s certainly something happening, but is it based on the toxicity of the herb or other cofactors? That’s what I want to know,” he said. “When you have people buying products off the shelf and self-treating, that’s probably where you’re more likely to see adverse effects.”

Rather than outright banning the drug, Tims also thought that more federal research should be conducted to evaluate the safety of kratom and establish better standards for dosing and consumption.

“What we don’t know is, what’s the effect of long-term use?” he added. “Do we need to be aware of herb-drug interactions that we’re not aware of because it hasn’t been part of mainstream use? I’m a strong believer that the FDA needs to do its job without politics, to do the epidemiological studies and work from there.”