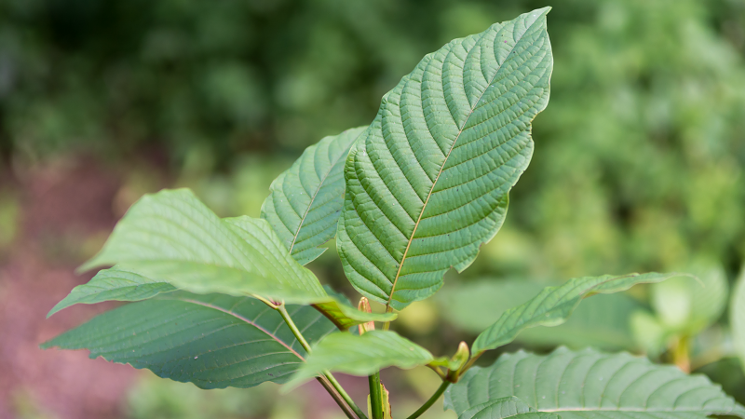 On November 20, Denver Environmental Health banned kratom for human consumption in the wake of a U.S. Food and Drug Administration alert issued a week or so earlier. This decision set off a firestorm of criticism from kratom advocates, who see this action as demonizing a plant-based substance that relieves pain without the well-known negative effects of more powerful opioids. Seconding these views is Nicholas Moodley, who started his own Denver-based kratom business, Kratom Cafe USA, after using the product to kick an opioid habit that seemed on the verge of overwhelming him.

“When I was eighteen, I was a roofer,” Moodley says, “and I started to get chronic back problems from working twelve-to-fourteen-hour shifts, from sunrise to dusk.”

To deal with his pain, Moodley started taking Suboxone — the trade name for an opioid scientifically known as Buprenorphine — that he obtained from a friend. “That kind of spiraled into a need for opiates,” he recalls. “I took Suboxone for about a year, and then my friend switched to methadone, and I switched to methadone, too.”

Over time, these opioids began to dominate Moodley’s life. “The problem with opiates is that they don’t only affect any kind of physical pain, but any kind of discomfort you may feel emotionally,” he points out. “That’s also blocked by opiates, which is one of the reasons they’re so addictive.”

He adds that “Suboxone and the methadone sink into the bone. So instead of having withdrawals like with heroin, where you’re going to go a week or two weeks feeling like crap, it’s going to be months to get off them. And for me, if I didn’t take them, I’d just lay in bed. I didn’t want to go anywhere, I didn’t want to do anything. There was a level of apathy that kind of set in. It’d be like, ‘Am I going to go to work? I could call in sick and not make any money. Or I could take some Suboxone or methadone and then go to work and do my job and be productive.’ But even the days I didn’t work, I’d still be taking it and trying to figure out this good-versus-bad thing. What’s the right amount? What’s the wrong amount? If that’s even an argument, because technically, it should be nothing.”

As Moodley’s addiction deepened, he heard about kratom — but his early experiences weren’t ground-shaking. “I tried it from some head shops originally, but it didn’t take away that craving and that sensation,” he concedes. Shortly thereafter, though, he connected with Jeremy Haley, founder of Rocky Mountain Kratom. Haley sold kratom “that was a little more potent,” Moodley says, “and it really worked. I didn’t get a high or a buzz off it or anything like that. It was more that I felt like my normal self. I could go do my business.”

Moodley “didn’t get off opiates right away. But I tapered down as I started using kratom, and I didn’t have any type of withdrawals or anything like that — which is pretty amazing. And I’ve been on kratom ever since.”

Not that he traded one addiction for another. Moodley notes that “I’ll do kratom for a week or two, depending if I’m going on vacation or something, and then I’ll take a week off. Then I’ll go back on if I need it, or I’ll stay off. It’s not like something I necessarily need anymore to have a normal life, as I did when I was on Suboxone, where I had to take it every day or else I wouldn’t be productive at all. That’s the major difference.”

Before long, Moodley became the general manager for Rocky Mountain Kratom, and he was employed there last fall when the federal government began making noises about banning the substance. “I think it was October 2016 when they raided a bunch of stores, including the one that I was working at. That’s when I realized: Now it’s getting serious. You always hear rumors, and a lot of times they don’t come true — but in this case, they did.”

Indeed, the federal Drug Enforcement Administration took steps to reclassify kratom as a Schedule I narcotic before reversing course earlier this year, after approximately 140,000 people signed a White House petition against the DEA’s proposal and a group of 51 U.S. senators and representatives sent a letter of protest to acting DEA head Chuck Rosenberg. But this month, FDA Commissioner Scott Gottlieb issued a health advisory in which he cited 36 deaths “associated with the use of kratom-containing products.”

To Moodley, claims about kratom’s alleged lethality are extremely misleading. “Most of the stories about adverse effects show that people were mixing kratom with something else — usually Tramadol [a heavy opiate sold under the brand name Ultram, among others] or some type of SSRI [selective serotonin reuptake inhibitors, which are typically used for anxiety disorders]. And you’re not supposed to mix kratom with anything.”

If you like this story, consider signing up for our email newsletters.

So certain of kratom’s safety is Moodley that he even recommended it to his father. “He has peripheral neuropathy, and he doesn’t want to get addicted to opiates, because he sees this opioid epidemic happening. So I was like, ‘Okay, try some of this kratom,’ and it’s really worked for him. He cycles: He’ll do Percocets for a week and then he’ll take a couple of days off and then he’ll go to kratom, and so on and so forth.”

Although Moodley believes that theories of the feds’ anti-kratom crusade being fueled by Big Pharma “goes into conspiracy theory,” he doesn’t dismiss the possibility that opiate manufacturers are putting pressure on government types to undercut a substance that could hurt their business. For the most part, however, he focuses on how much kratom has helped people.

“A lot of my clients will tell me, ‘I felt like shit when I was on Suboxone or methadone, and kratom literally saved my life,'” he allows. “And I don’t think that should be taken lightly — because a lot of these people have told me that if kratom is banned, they’ll just go back to heroin.”

Kratom “isn’t a replacement for heroin or for proper clinical treatments in rehabilitation centers,” he goes on. “But it’s a safe alternative.”