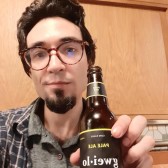 Representative Dave Brat (R-VA) and Representative Jared Polis have penned a bipartisan Dear Colleague letter addressed to the Food and Drug Administration (FDA) in regards to the south east Asian plant, kratom. Kratom is a plant from the rubiacea family, making it a close botanical relative of coffee. It has been used safely for hundreds of years as a folk medicine in Indonesia and other south east Asian countries. In the past few years, however, it has become increasingly popular for use in the United States and elsewhere around the globe. The Dear Colleague letter addresses the FDA’s recent advisory of November, claiming kratom is dangerous, addictive, and could worsen the opioid epidemic.

Kratom is used by millions of Americans for chronic pain, weaning off of opiates, depression, anxiety, post-traumatic Stress Disorder (PTSD), and more. Brat and Polis’ letter addressed to FDA Commissioner Scott Gottlieb called the plant a “natural alternative to opioids” that had been found by former head of the National Institute of Drug Abuse (NIDA) Dr. Jack Henningfield to be no more dangerous or addictive than coffee. In their joint letter to FDA commissioner Scott Gottlieb, the undersigned lawmakers referred to kratom as “a natural alternative to opioids” and was “found to be as safe as coffee.”

The representatives argue how they had heard from several constituents who used kratom successfully for various reasons, including ending dependence on dangerous and addictive opioid drugs. They further argue that maintaining legal access to kratom is important enough to many Americans that it should remain available. They do address the fact that a regulated, professional kratom industry would reduce the potential of unsafe kratom products that could be altered or laced with dangerous research chemicals or other opioids.

The FDA issued a public health advisory in November, warning of “increasing harms” related to kratom usage. They even argued kratom had been responsible for 36 deaths, but did not offer any evidence on this. When asked for further information, they referred reporters and interested parties to the Freedom of Information Act. Interesting to note, the released FOIA results show that the FDA does not have documentation to back up their claims. In addition to this, molecular biologist Dr. Jane Babin and forensic toxicology expert Dr. Karl Ebner both argue that the deaths attributed to kratom have other obvious causes that were overlooked.

Gottlieb’s statement claims there was no reliable evidence to support the safe use of kratom, despite dozens of research studies showing its safety and efficacy as a supplement for a number of conditions. Last year the Drug Enforcement Agency (DEA) was forced to back down from their attempted emergency scheduling of the plant. This was a historic occasion as the DEA has never failed to ban a substance through its emergency scheduling powers. That and bipartisan support speaks to how kratom resonates with so many users, researchers, and politicians. Schedule I would have put kratom in the same category as heroin and LSD, making it a serious felony to possess, sell, or grow.

In the Brat and Polis letter, signed by 17 fellow representatives, the lawmakers argue that access to such alternatives should actually be improved. Like cannabis, they argue, it should be both legal and available for use by those who could benefit from it.