If you are curious about the herbal supplement kratom and did some research online to learn more about it, chances are you’ve come across some of the scary headlines:

“Warnings Issued on Kratom Use”

“The Herbal Supplement That Could Poison You”

“Kratom Is Unsafe for People’s Health”

With news coverage like that, you might wonder why anyone would try kratom. But according to the American Kratom Association, there are 16 million kratom users in the United States, most taking it to treat chronic pain, addiction, withdrawal or anxiety.

Why is a popular supplement being demonized in the media? Kratom advocacy groups say many news organizations in the U.S. have succumbed to a collective case of ‘Leafer Madness’ – similar to the ‘Reefer Madness’ over marijuana.

In a media analysis released in May, the industry-funded Kratom Information and Resource Center (KIRC) concluded there was a “tsunami of unfair and unbalanced” reports on kratom.

Ninety-two percent of the nearly 2,500 media stories analyzed by KIRC were found to be negative or unbalanced. Most of the negative coverage was driven by local media, which was heavily influenced by federal reports linking kratom to overdose deaths or comparing kratom to opioids. Those reports were rarely questioned. 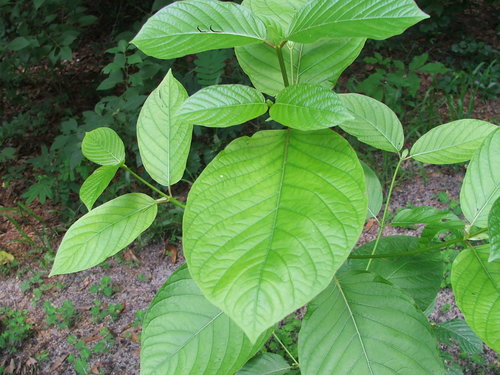 This week KIRC followed up on its media analysis by sending a petition to nine media trade organizations asking that kratom be covered more fairly.

“You are in a position to encourage your members to start reporting on the coffee-like herb kratom in a fair and balanced way. Please urge them to tell both sides of the story, seek out the reputable scientists who dispute claims made against kratom, and stop depicting kratom consumers as unsavory characters.

“Stop treating kratom like some kind of pinata that you can whack away at as though the rules of journalism don’t apply,” KIRC spokesperson Max Karlin said in a statement.

“Our message to the media is very simple: Get your facts straight about kratom and listen to all voices, not just those with the biggest megaphones. There is a great deal of scientific disagreement about kratom when it comes to such issues as pain management and dependency. All experts should be heard, not just a cherry-picked few who have been lined up by proponents of prohibition.”

The “scientific disagreement” over kratom stems from the fact that so little is known about it – even though it’s been used for centuries in southeast Asia as a natural pain reliever and stimulant.  There have been few clinical studies of kratom to document its risks and benefits — leaving mostly anecdotal reports to rely on.

One can find a lengthy and balanced review of kratom that was recently published in the journal Substance Abuse and Rehabilitation.  The authors — two pharmacy professors at the University of Florida and Midwestern University in Arizona — question claims about kratom causing overdoses, because “causality could not be established in almost all cases because of poly-drug exposures.”

And while reports of kratom addiction “are of serious concern” given the opioid crisis, Oliver Grundmann, PhD, and Charles Veltri, PhD, found no solid evidence that it causes dependency.

At the same time, they urge kratom consumers to be cautious about be exposed to adulterated kratom products that could interact with medications they are already taking.

“The labeling of Kratom products available to consumers needs to follow appropriate regulatory standards as well as quality good manufacturing practices to ensure that consumers who seek out Kratom are not exposed to adulterated or contaminated products,” Grundmann and Veltri wrote. “Health care providers should be trained on the science of Kratom and its clinical implications to assist consumers in making the right choice and avoid herb–drug interactions.”