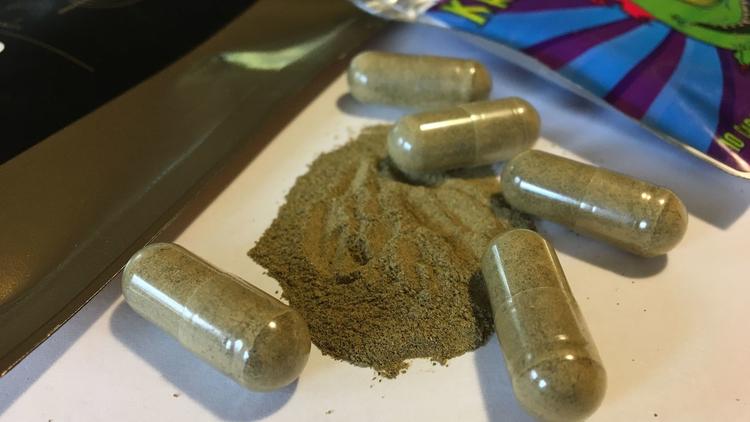 When Anne Arundel police seized 158 grams of kratom, a plant from Southeast Asia used medicinally for centuries, it was the first time it was seized in a county investigation, according to police.

Officers arrested Michaela Elizabeth Gran, 21, and Chase Seven Gran, 23, both of Glen Burnie, on Tuesday after police said the two were found with small amounts of narcotics as well as the 158 grams of kratom. Its seizure caused some confusion, as the drug is legal in Maryland and can be bought for $1 for a pill-sized capsule in local smoke shops. That, and how many people have ever heard of kratom?

Police quickly sent out an additional statement saying the two suspects had not been charged with anything related to the kratom. Rather, the substance was taken to be tested to see if it was mixed with illicit substances.

While the drug has been used for centuries overseas, it has only recently gained popularity in the U.S. as the opioid crisis has caused many to look to other alternatives for painkillers. As a substance that binds to the opioid receptors, some say kratom lacks the addictive or mind-altering effects of opioid-based painkillers. Some propose it could help wean those addicted to heroin and prescription pain killers off the drugs.

But last year the Drug Enforcement Administration proposed banning the substance and placing it among the ranks of Schedule I drugs like heroin and MDMA. At the time, the agency said it was necessary “to avoid an imminent hazard to public safety.”

The agency canceled those plans after a significant public outcry and passed the issue to the Food and Drug Administration.

Over the past year, the ancient substance has been caught in a battle over its legitimacy as an opioid alternative.

In November, FDA Commissioner Scott Gottlieb issued a public health warning, saying in a statement that kratom “has similar effects to narcotics like opioids, and carries similar risks of abuse, addiction and in some cases, death.”

Others have questioned how the federal agency has reached its conclusion, calling into question its methodology for concluding its relation to people’s deaths.

A new study from researchers at the University of Rochester Medical Center and the University of British Columbia compiling 57 years of research into the drug and its effects on mental health found the substance “has harm reduction potential for substance users who want to quit opioids.”

The study also found that it can be used to treat anxiety.

“Kratom is on par with coffee,” said Rob Tahn, a 39-year-old who began using the drug to treat his depression about eight months ago. “It’s very mild, very relaxing.”

A stay-at-home dad who runs a tech repair business, Tahn said he turned to the drug in April after having trouble finding a reliable antidepressant.

“I was interested because my doctor had actually prescribed me medication for depression,” he said, adding he “didn’t like it at all” and began looking for alternative treatments.

Chris Redding, a 41-year-old Army veteran from Columbia, said he chose the drug as an alternative painkiller to over-the-counter drugs. He said he regularly runs marathons and turned to the substance after his wife raised concerns about the possibility of him damaging his kidneys by taking too much Advil.

“I did a half Ironman (marathon) this summer and I … took kratom in transition from swim to the bike,” Redding said. “It’s like taking a little bit of coffee and a painkiller.”

Federal agencies believe there has not been enough research into kratom’s side effects and potential downfalls.

Gottlieb said in his statement there is “no reliable evidence” it can be used effectively as a way to treat opioid addiction.

“The use of kratom is also associated with serious side effects like seizures, liver damage and withdrawal symptoms,” he wrote. “Given all these considerations, we must ask ourselves whether the use of kratom — for recreation, pain or other reasons — could expand the opioid epidemic.”

For now, the drug is still legal to buy in stores and online, with some touting its medicinal qualities as something that could significantly change treating pain in the U.S.

“If this gets taken away, it’s going to hurt a lot of people,” Redding said.

But with a lack of controlled studies on the subject, Gottlieb and the FDA have continued to push back against people advertising its use for treatment options.