“Justice Minister Somsak Thepsuthin said on Wednesday (March 4) that his people had speeded the process of amending the 1979 Narcotics Act to effect the change and sent a draft to the Council of State for consideration.” 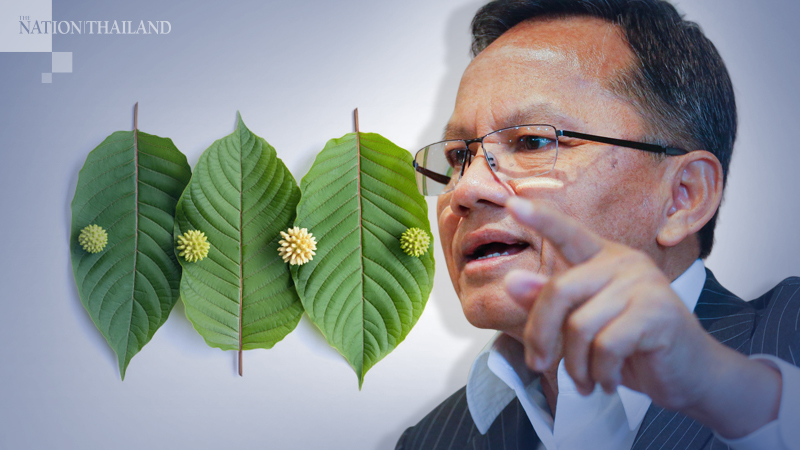 By The Nation
Kratom, the indigenous plant whose leaves have been used in traditional medicine since at least the early 19th century and were once served to welcome guests into the home, could be removed from the narcotics list as early as May.

Justice Minister Somsak Thepsuthin said on Wednesday (March 4) that his people had speeded the process of amending the 1979 Narcotics Act to effect the change and sent a draft to the Council of State for consideration.

“If the council and Cabinet approve the amendment, we will propose it in the House of Representatives around May,” he said.

“We can’t specify a time because that’s up to the legal mechanism, but meanwhile, any change in the law approved by the Cabinet can be proposed to the Senate as well.”

Somsak said he had asked the Office of the Narcotics Control Board to designate areas where the possession and consumption of kratom would be lawful under the 1979 Narcotics Act and its 2019 amended version.

“We have also speeded up proposed draft ministerial regulations on methods and conditions for consumption and possession under the authority of this ministry and the Food and Drug Administration.”

Public hearings on the proposal will be held at Bangkok’s Century Park Hotel on Friday and Saturday, Somsak said.

Thailand banned kratom in 1943 in response to a rise in its popularity when the cost of opium soared as the government battled to gain control of the opium market.

In 1979 it classed kratom and marijuana as Category V narcotics, but in 2018, Thailand became the first Southeast Asian country to legalise the use of kratom for medical purposes.