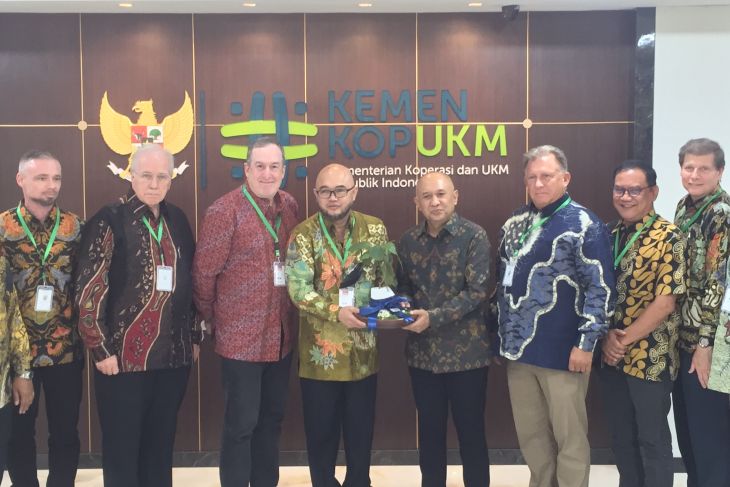 Jakarta (ANTARA) – Cooperatives and Small and Medium Enterprises (SMEs) Minister Teten Masduki has sought strong regulatory support for ensuring the continuity of kratom(Mitragyna speciosa) trade in Indonesia, considering the huge market demand for the herbal plant.Currently, kratom is not being widely used in the pharmaceutical industry or for other purposes, so the government is planning to develop its cultivation and trade.“In the regulation, currently, kratom is not a prohibited product, so it can be cultivated and traded. And, it is also not prohibited to be exported in the form of kratom powder or kratom extract,” he highlighted during a roundtable discussion with the Chamber of Commerce, American Kratom Association, research experts, senators, and US representatives.The discussion themed “The Urgency of the Continuity of Kratom Trade” was organized by the Anugerah Bumi Hijau Producers’ Cooperative (Koprabuh) here on Wednesday.Even though kratom has not been fully utilized, Indonesia is one of its largest producers and exports it to various parts of the world, especially the United States.Masduki said the economic potential of kratom is promising because the plant is widely available in several Indonesian islands, such as Sumatra, Sulawesi, Kalimantan, and Papua.“We can expand the development of kratom cultivation by utilizing the social forestry program,” the minister added.During the discussion, deputy for supervision of traditional medicines, health supplements, and cosmetics at the National Agency of Drug and Food Control (BPOM), Reri Indriani, said that BPOM is open to supervising kratom innovations by conducting research on using kratom in drugs as long as the benefits outweigh the risks and mitigating the risks during the circulation of kratom.The BPOM is also ready to supervise research that will be conducted on the development of kratom.“However, we will refer to the decision from the Ministry of Health and the National Narcotics Agency (BNN), which are the leading sector. In this case, kratom is still under the process of determining its classification: whether it will be classified into the narcotics group (or another group),” Indriani said.