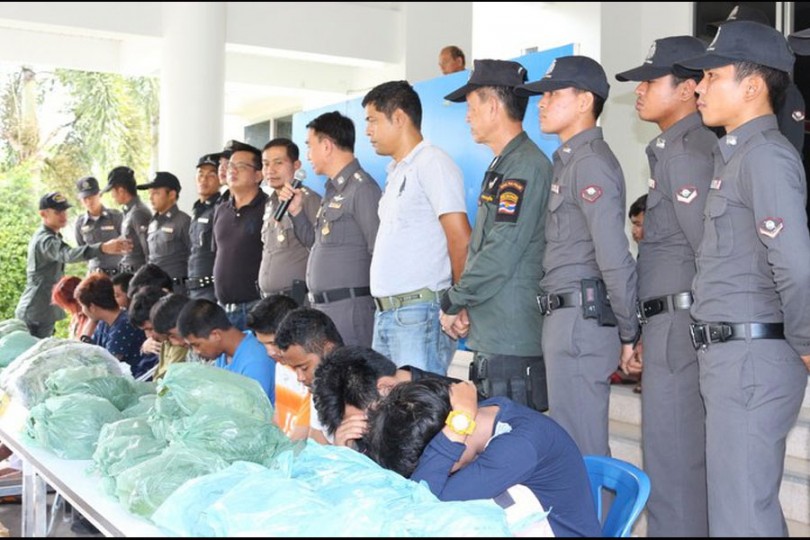 PHUKET: Phuket Provincial Police arrested 13 suspects as they picked up packages containing 41 kilograms of kratom from a bus company office on Tuesday morning.

Officers waited at the office of Srisuchart Transport (1989) Co Ltd on bypass road after receiving a tip-off from one of their sources that packages of kratom would be transported from Bangkok on one of the company’s buses.

The group confessed that they had ordered the kratom through Facebook from a dealer in Bangkok.

“They told us that kratom is regularly sent through different bus companies,” Col Pinit said. “We will inform Bangkok officials so that we can broaden the reach of the case.”

All were 13 suspects were charged with possession of a Category 5 drug and taken to the Phuket City Police station for processing.