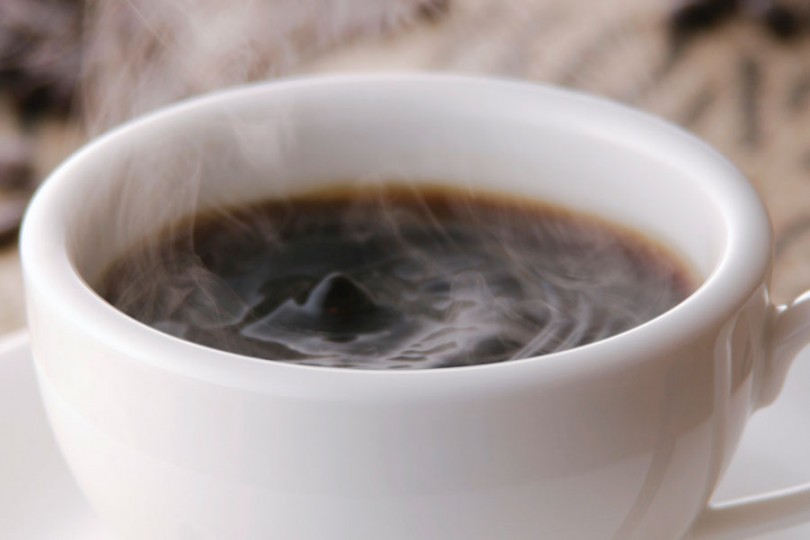 Abstract
Opiate receptor-active peptide fragments (exorphins) have been identified recently in casein and gluten hydrolysates, and morphine has been found in bovine and human milk. To determine whether similar peptides or alkaloids occur in other foodstuffs, we have screened potential sources using a rat brain homogenate assay to detect opiate receptor activity. We report here that instant coffee powders from a variety of manufacturers compete with tritiated naloxone for binding to opiate receptors in the rat brain membrane preparations, with no significant difference between normal and decaffeinated coffee. The receptor binding activity resembles that seen with opiate antagonists, in that there was no change in the half-maximal effective dose (ED50) in the presence of 100 mM Na+; on bioassay, the activity was similarly shown to be antagonistic and specific for opiate-induced inhibition of twitch. Preliminary characterization of the activity reveals that it has a molecular weight (MW) in the range 1,000-3,500, is heat-stable, ether-extractable, not modified by enzymatic digestion with papain, and clearly separable from caffeine and morphine on TLC. As its concentration in an average cup of coffee is five times the ED50, these data suggest that drinking coffee may be followed by effects mediated via opiate receptors, as well as effects of caffeine.