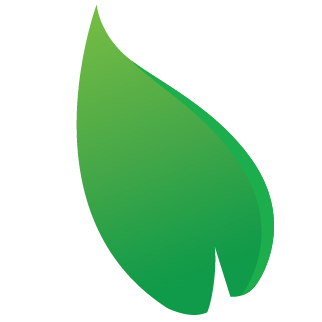 February 6th 2018 the FDA made a press release in regards to kratom. This is the second such press release from the FDA in recent months. Despite a recent dear colleague letter addressed to the FDA form Representatives Dave Brat of Virginia and Representative Jared Polis of Colorado the FDA seems to disregard members of congress’s appeals and continues to put out damaging statements in regards to kratom and its safety. In light of the most serious and deadly drug epidemic which is largely caused by the pharmaceutical industry one would think that our government officials would want to embrace and study a potential lifeline rather than sweep it under the rug. If kratom is banned in the US the reaction will be devastating for tens of thousands users. Many will be left with no options but to return the opioid medications which have plagued us all.

Simultaneously there are a number of states with bills designed to ban kratom as well, West Virginia, Kansas, Tennessee, New Jersey, New York and Illinois all have pending bills. Much ground was made in the past few weeks by advocacy groups and grass roots efforts to educate the law makers. In Kansas yesterday we saw a complete reversal as the members of the Kansas Senate read the FDA’s advisory as if it were gospel. The surprising element is that many of these members are medical professional and pharmacologists who should understand that the FDA’s basis of science is an unknown computer model which has never been used before in this aspect.  Research has been done to show opposite results by many well respected organizations using proven accepted methods demonstrating a very different picture than the FDA has suggested.

A few years back the State of Florida in lieu of outright banning kratom decided to study kratom safety. The Florida Drug and Law Enforcement agency (FDLE) completed an in depth analysis of kratom.The FDLE’s conclusion was “A review of available law enforcement and laboratory sources in Florida demonstrates that Kratom does not currently constitute a significant risk to the safety and welfare of Florida residents. According to the Florida Department of Health (DOH), no pervasive health issues have been attributed to the ingestion of Kratom products in Florida. Diagnostic tests that would reveal the presence of Mitragynine are not routinely performed on patients during emergency room visits. Therefore, arriving at the precise number of Mitragynine exposures that result in harm to the patient is difficult to assess.”  Oregon is another state which choose to introduce a study bill in lieu of banning kratom. Other states have decide to embrace allowing adults to make the decision to use kratom. Illinois was the first to adopt an 18 and older regulation which they referred to as the Kratom Control Act.  Presently Illinois is amending one word in the kratom control act which will effectively make kratom a crime for any age. “Amends the Kratom Control Act. Provides that a person (rather than a minor under 18 years of age) shall not knowingly purchase or possess any product containing any quantity of Kratom. Provides that a person shall not knowingly sell, buy for, distribute samples of, or furnish any product containing any quantity of Kratom to any person (rather than a minor under 18 years of age). Provides that a violation is a Class B misdemeanor. Provides that the knowing sale, buying for, distributing samples of, or furnishing any product containing any quantity of Kratom is a Class B misdemeanor for which the offender shall be fined an amount of not less than $500." This bill did not move out of committee last week but is still active and poses a big threat for the hard work the people of Illinois and The Botanical Education Alliance have made to implement the Kratom Control Act.

While other states such as Tennessee have made some steps toward reversing the bans the FDA comes in with these unfounded press releases and undermines the science and truth about kratom. In a nation who has found out after 70 years of a relentless attack on cannabis and law makers are having to undo almost 100 years of lies a deceit at the cost of countless lives lost and wasted on the was on cannabis one would think that kratom would fall into the same category and law makers would avoid getting snagged in lies and deceit of those who intend to eliminate safe medicinal herbs. The FDA supports and promotes the manufacturers of fentanyol and oxycodone which are basically heroine in its most pure form. Fentanyl is 60 times stronger than morphine which is what heroine is derived from. Fentanyl as reported by the New York Times is responsible for much more deaths than all opioid’s combined. The Mexican cartels are making bootleg fentanyl derived from chemicals sourced illegal in China. The majority if not all of the heroin coming from Mexico into the United States is now laced with this new drug. The cartels make a stronger product which yields them much greater profits without having to cultivate poppys. Heroin addicts are aware of this new ingredient but in many cases they seek out the laced products due to increased strength and lower cost. Why does the FDA not remove this harmful deadly product rather than attacking a benign plant. Where is the logic and what is really going on. Could it be possible that pharmaceutical companies are telling us lies and spearheading a campaign to irradicate a all  plant based remedies. Whatever is the cause for this attack on mankind it needs to be exposed.

Advocacy groups such as The American Kratom Association and The Botanical Education Alliance along with members of congress and the senate have stood up and said clearly that we will not go quitely.  Many victims of the opioid and drug addiction epidemic are freed from their chains of bondage and give their lives and hope back. These people become what we refer to as the grass roots part of the movement. Kratom advocates are vocal in their opinions and can change the minds of the legislators, media and nay sayers.  In 2016 when the DEA withdrew its intent to schedule 1 kratom the public register was opened for public comment after previously being silenced by the DEA. Over 97% of the 40000 plus comments were in favor of kratom and also in favor keeping it available. WE THE PEOPLE HAVE SPOKEN now our representatives need to reflect the undeniable desire of the overwhelmingly large majority of Americans to use kratom. Perhaps this new Trump ran government wasn’t aware of what had recently happened in 2016 while Obama was in office. Perhaps we will always keep having to fight new law makers and educate them in the process.

There have been three companies which have filed NDIN’s (new dietary ingredient notifications) with the FDA. According to the FDA’s import alert on kratom this plant is a new dietary ingredient. This by definition in regards to the DSHEA act means that any unknown botanical to be used as a supplement needs to have historical evidence of being sold in the US prior to 1994. Kratom does not have this history that has been located at this point which means its not an ODI (old dietary ingredient) but rather an (NDI) a new dietary ingredient. The new NDI’s must submit a notification of how it will be marketed along with evidence of the products safety whether using historical evidence or new toxicology work. The product must not be sold for 75 days after the submission is submitted. This is not an approval process and regardless of the FDA’s response it is complying with regulations to submit an NDIN if one wishes to market kratom as a supplement. The first submission to the FDA was from Atomic K and was of very little substance but none the less is compliant. The second was INI Botanicals, Inc.  with a standardized extract of mitragynine called Mitrasafe. The third most recent submission was from American Botanical Corp and I believe was for a liquid shot containing extract. Companies who submit NDIN’s are blazing the path towards compliance. we hope to see many more submissions in 2018 and the FDA will be forced to review these products based on science and evidence that not only is kratom safe but is in fact perhaps one of the most beneficial herbs the world has ever encountered.

Companies will begin  developing pharmaceutical drugs based off the alkaloids in kratom whether synthesizing them in a lab or using them in the natural form. This will take close to a decade and cost billions of dollars. Most companies would not dare to risk such assets on a drug that may be schedule 1 by the government halting all research. With Investigative  new drug’s (IND) probably coming to market proponents of kratom wonder what will be the fate of kratom used as a dietary supplement?? Many others sell as bulk online with no classification .  Can drug companies and supplement companies co exist without one having a monopoly. This would provide people with multiple options. Some would prefer the pharmaceutical version while others enjoy a tea. This outcome would allow for a win win solution for all parties. Whatever the outcome is we hope remain positive that kratom will not be swept under the rug and demonized. A two complete generations of Americans have been severely damaged by the opioid and drug epidemic. Those who have not lost their lives have been through hell and wasted a large part their lives suffering through years unfulfilling days. The impact of our nation is and will be profound and has suffocated the rise of multiple generations. What is the harm in letting people free themselves from the chains of addiction using a leaf from the jungles of South East Asia. These same jungles which introduced the opium also provide the antithesis. Nature is Perfect in It’s creation and we have just begun to understand a small fraction of the mind expanding and life saving properties of nature.