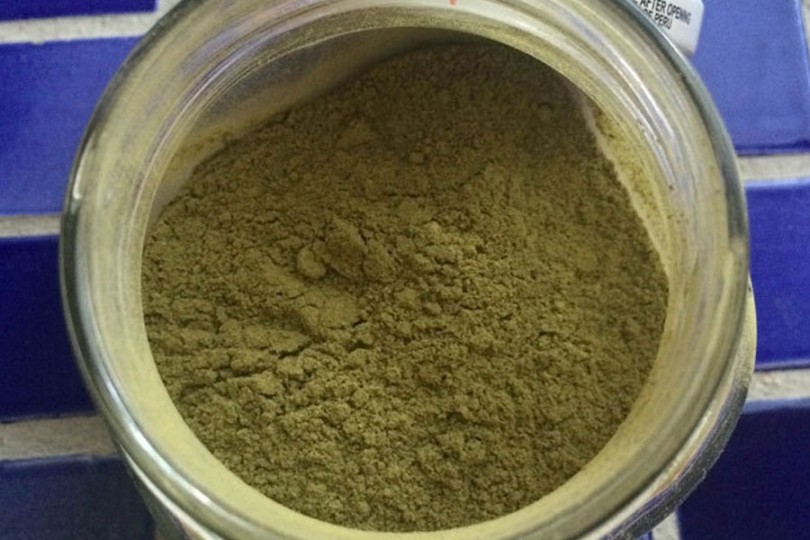 It sounds like the perfect drug. At low doses, it’s stimulating, like a strong cup of coffee; at higher doses, it’s sedating and kills pain. And it’s a legal, natural plant that has been used in Asian medicine for centuries. Indeed, a growing number of Americans are finding it to be a useful alternative to heroin and prescription pain relievers.

But of course, there’s a catch. Like the opioid drugs it is used to replace, this stuff can be addictive, and it can also cause serious nausea. Unlike other opioids, however, it seems to have an extremely low overdose risk, which has caught the eye of people working to fight the record high level of overdose deaths.

Kratom is an unusual substance, with a storied history of use in Thailand and Malaysia, typically to fortify workers, treat diarrhea, and reduce pain.
It’s called kratom. And while some harm reductionists and thousands of pain patients see it as a possible path to relief and recovery, recent media attention in the New York Times and elsewhere has focused on it primarily as a drug of abuse. As a result, kratom may soon be prohibited, rather than properly studied. The data so far, however, suggests that banning it might do more harm than good— and that new more flexible ways of regulating drugs may be needed in order to truly protect the public.

Kratom is an unusual substance, with a storied history of use in Thailand and Malaysia, typically to fortify workers, treat diarrhea, and reduce pain. As far back as the 1940s, it was known to relieve symptoms of opium withdrawal; in fact, it was actually banned by the Thai government in 1943 precisely because its use as a substitute led to decreased revenues from opium taxes.

But because kratom use in the US was historically rare, and because herbal medicines and supplements are lightly regulated, the plant is currently legal in all but four American states. The Drug Enforcement Administration (DEA), however, has placed it on its list of ” drugs of concern,” which is often a precursor to a ban. Meanwhile, New York and Florida lawmakers are both currently considering bans of their own.

Usually consumed as a tea made from the leaves of the Mitragyna speciosa plant, the main active ingredients of kratom have been identified as mitragynine and a related substance, 7-hydroxymitragynine. These chemicals activate opioid receptors, just like heroin and Oxycontin can. However, both the high that results and the tolerance and withdrawal that can occur after long-term use pale in comparison to those from heroin and painkillers, according to users.

Moreover, even the kratom mixture deaths don’t kill via cessation of breathing, which is a hallmark of opioid overdose.
“It’s not as sweet, but it is relaxing, calming,” one user, a former heroin addict, told me, comparing the two drugs. Also, while opioids tend to be sedating, kratom initially has a stimulating effect— users compare it to a serious caffeine buzz, and indeed, the plant is a member of the same species as coffee. With higher doses, the energizing effect is followed by a more relaxing, mellow feeling.

Probably the most important difference between kratom and other opioids, however, is the risk of overdose. While a record-high 28,647 Americans died of opioid-involved (typically multi-drug) overdose in 2014, according to the CDC, even on their own, opioids can kill. In contrast, the few reported kratom-linked deaths have all involved multiple drugs.

Moreover, even the kratom mixture deaths don’t kill via cessation of breathing, which is a hallmark of opioid overdose. “Direct kratom overdoses from the life-threatening respiratory depression that usually occurs with opioid overdoses have not been reported,” says Oliver Grundmann, clinical associate professor of medicinal chemistry at the University of Florida, who recently reviewed the research on kratom for the International Journal of Legal Medicine.

That’s probably because kratom tea and powders are both bulky and frequently nausea-inducing, particularly in high doses—so it would be physically difficult for most people to actually keep enough down to be dangerous. And given its lengthy history of medicinal use in Asian countries, if there was a significant risk from acute overdose, it should have been reported by now.

Susan Ash, a chronic pain patient and the founder of the American Kratom Association, started taking kratom when she was trying to end her dependence on opioid pain medication. Suffering from the lingering effects of Lyme disease, she had severe joint pain, but realized that she was starting to misuse her prescription pills and decided to stop.

That’s probably because kratom tea and powders are both bulky and frequently nausea-inducing, particularly in high doses—so it would be physically difficult for most people to actually keep enough down to be dangerous.
As she did so, someone in an online support group suggested that she try kratom, both to relieve pain and ease withdrawal. “I thought she was crazy,” Ash recalls. But she eventually decided to try it, and when she got the dose right, found that it allowed her to stop the other opioids and function better than she had before. “It literally changed my life,” she says.

Her organization now has 250 dues-paying members and over 2,400 regular participants in a closed Facebook page discussion group for people who take it, Ash says. While the group doesn’t take donations directly from kratom manufacturers or suppliers, she says it may receive some money from people employed in the business. “We don’t endorse any companies,” she says.

Ash, who has a master’s in forestry science but has been on disability due to her pain, has taken kratom daily for around a year and a half. “I really don’t experience much aside from pain relief and a little jump in energy, which is important because I still deal with chronic fatigue,” she says.

But because there is little history of kratom use in the US, there is also not much research on its effects—negative or positive. Mark Swogger, an assistant professor of psychiatry at the University of Rochester Medical Center, and his colleagues analyzed 161 “experience reports” posted by kratom users on the drug information site Erowid.org for a recent study in the Journal of Psychoactive Drugs . When asked what is known about negative outcomes, Swogger says, “I think it’s pretty safe to say that kratom has at least some addiction potential. The data is fairly strong on that and our study also found that people are reporting addiction.”

As pharmaceutical manufacturers have found, sometimes rare but damaging side effects only emerge after millions of people have taken a drug for years.
However, he adds, “Overall, we found that it’s really mild compared to opioid addiction and it didn’t seem to last as long.” The most commonly reported negative experience was nausea or stomach pain, which 16 percent of the users experienced. And almost 6 percent actually vomited. “I know people personally who have taken small doses and had miserable experiences,” he says, mentioning “days” of throwing up.

Two of the study participants reported severe side effects such as jaundice and hepatitis, which required medical attention. Both recovered fully, but one reported liver enzymes that were still elevated six weeks later. There have also been a few case reports of liver problems and seizures. Moreover, the long-term effects of taking the stuff are simply unknown: As pharmaceutical manufacturers have found, sometimes rare but damaging side effects only emerge after millions of people have taken a drug for years. “We don’t know that much about kratom,” says Grundmann. “We have to evaluate the adverse effects and do clinical studies.”

All of this makes for a vexing regulatory challenge. If kratom were a newly developed synthetic addiction medication, no one would dream of allowing it on the market without clinical testing. But because it’s a supplement with a long history of use in herbal medicine, the rules are different.

Since 1994, even herbs that contain clearly pharmacologically active substances are allowed to be sold over the counter without testing if they have previously been used medically—unless they are proven to be harmful and as long as they aren’t claimed to cure or treat medical disorders. That’s the exact opposite of the way the FDA regulates medicines, which must be determined to be safe and effective through a process of clinical testing before they can be sold.

This is a problem. In the case of kratom, during an epidemic of opioid misuse which is absolutely known to be rapidly killing people, it seems odd to call for a ban of a substance that, whatever its long term risks are, is clearly safer in the short term. And yet that is what recent media coverage seems to suggest should happen—the New York Times piece, for example, was headlined, “Kratom, an Addict’s Alternative, Is Found to Be Addictive Itself,” and it highlighted the drug primarily as a path to relapse for people seeking to be abstinent.

Given all of the other opioids typically involved in relapse—including the life-saving maintenance medications methadone and buprenorphine—can themselves be deadly, this seems short-sighted. Yes, there clearly are unknown risks for people who take this drug as an alternative to opioids, and it certainly shouldn’t be sold to children.

To help them, some stores allow customers to voluntarily place themselves on a “blacklist,” for a certain period of time
But perhaps, as the federal government is now doing with the legal weed states, it might be wise just to let those who use and distribute it alone for now—and in the meanwhile, fund research on what could be the safest form of opioid painkiller and maintenance drug on the planet.

To deal with recovering people who fear the temptation to take it, sellers in the Netherlands—far ahead of America as usual—have developed a solution that could easily be adopted here. Kratom is legal there, but the “smart shops” that sell it recognize that some people do become problem users. To help them, some stores allow customers to voluntarily place themselves on a “blacklist,” for a certain period of time, during which they will not be permitted to buy, even if they ask for a change of status.

Such measures could be used in the United States, too—but only if we begin to think more flexibly about harm reduction and risk, rather than continually adding new prohibitions without considering whether, in context, the lesser of the evils may save lives.