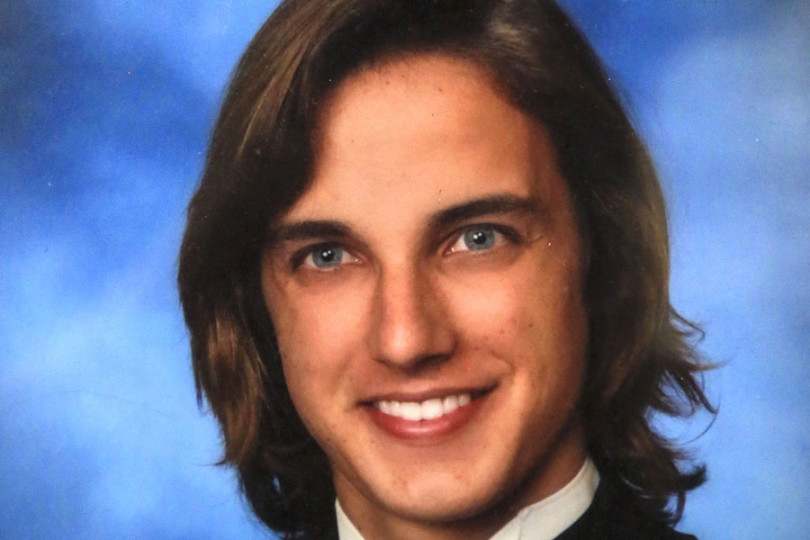 No, kratom has never been known to kill anyone. It doesn’t give people suicidal thoughts, either.

Nevertheless, kratom is getting the blame for causing young Ian Mautner to take his own life. Why?

Because blaming kratom for Ian’s death is expedient. It helps all parties involved to avoid an unpleasant truth.

Blaming kratom — and making a crusade out of it — may keep people from wondering about his mother’s part in his death.

Besides, blaming psychiatric drugs when your employment is at a hospital wouldn’t go over well. She could kiss that job goodbye and she would probably get blackballed when applying for any other hospital or clinic employment.

Why do people do what they do?

The continuing story of a mother’s grief that turned into a crusade to ban an herb is worth looking into. If for no other reason than to bemoan human frailties and our perverse predictability.

The outward events are these:

Young man jumps off highway overpass, killing himself. In his system are kratom and prescription antidepressants. Which of these two will get the blame for his death?

His mother, a recovering-alcoholic surgical nurse, blames kratom, of course. Kratom, however, is known to have a mood-improving properties, whereas antidepressants frequently carry warnings that they contribute to suicidal tendencies.

The news reporters never point out this important fact. Why not? (Their editor would not like it.)

Nobody — except the radical fringe journalists — ever mentions the “elephant in the room“, the overlooked suspect at nearly every mass-murder/suicide crime scene.

Politicians, looking to boost their appeal to voters — and, more importantly, to please giant pharmaceutical companies, who can contribute to their election campaigns — move in to help the distraught mother with her fight to ban the herb kratom.

Pam Bondi, running for Attorney General of Florida, is pleased to represent the Conservative Right’s support of Mrs. Mautner’s plan to ban kratom.

Politicians, though, are too polite and politically-astute to mention what Ian’s friends say was the real cause of his suicide.

Pharmaceutical drug addiction is a big problem in South Florida as well as nationwide. Drug manufacturers, wishing to polish their image as good citizens in the community are very likely to help cast the blame onto an herb that has never killed anyone (and is stealing Pharma’s customers).

This is a great tactic to deflect the blame for their products, which are causing hundreds of thousands of deaths each year in the U.S.

They might even wish to support Mrs. Mautner’s campaign against this strange foreign herb, kratom.

Forgotten in the emotional maelstrom is the inconvenient fact that prohibiting the use of alcohol and, more recently, marijuana, did little to curb their use. It did, however, foster the rise of organized crime in both instances.

Shall We Try Prohibition Again? Third Time’s the charm!

The lessons of History and the huge costs of prohibiting the use of substances are facts easily ignored by politicians, eager to cater to the whims of one distraught mother.

Politicians are equally eager to spend the taxpayers’ money on a futile crusade against an herb that is used mostly as a painless way to achieve Do-It-Yourself opioid addiction rehab. Not surprisingly, this too will be held against kratom by the opiate drug rehab industry.

May I suggest to you that this is why we humans rarely come up with workable solutions to what are termed “unsolved dilemmas”?

We are lulled into acquiescence by advice that, “That’s life…It’s something that comes with growing older“… or, “That’s the price we pay for the privilege of living in America.” All lies that keep us from getting at the real truth of the health, prosperity, and freedom we are capable of achieving.

The tempting lure of promoting our personal interests is irresistible to most humans. We say we’re doing something for noble, altruistic reasons, but the truth is we’re doing it for distraction, for money, power, and to save face.

Politicians think to themselves, “Show Me the Money! If I swing the vote and move the discussion a certain way, who will fund my next election campaign? What position will advance my political career, not what is the best policy for the majority of my district?”

Some of us just like to make our mark on history and make the world, in our opinion, a better place. Bill Wohlsifer appears to be one Libertarian friend of kratom and American freedom to use herbs, rather than pharmaceutical remedies.

In this case, as in many others where the pharmaceutical drug industry is involved, the people involved do things based on the money they may gain and other personal motivations, rather than acting based on the principles and the facts involved.

The mother in this suicide case does not want to confront her part in precipitating her son’s death. She takes no responsibility for her actions, which — according to friends of Ian Mautner — were at least part of the reason he chose to kill himself.

The pharmaceutical company, whose products have frequently been involved in precipitating murder/suicides, is of course very willing to help place the blame on kratom. Kratom is a serious competitor that is taking market share, freeing prescription drug addicts.

The television reporters know they will lose their job and be blackballed in their industry for placing any of the blame on antidepressants the boy was taking, so they will never mention them.

The station manager would never show any report if it made one of their principal advertisers look bad. Pharmaceutical advertising is a legal form of bribery that controls the content of news to only that which is positive for pharmaceuticals.

News reports mentioned that the young man who killed himself had been in and out of rehab numerous times. Was this for kratom or for other drugs? Which ones?

Many questions need to be asked — and answered — before deciding this issue.

How many citizens will benefit. How many will be hurt?

Will banning kratom make it unavailable to children — or make it more tantalizing and expensive?

Who ever stops to think that the easy availability of Mom and Dad’s prescription painkillers is fueling what is, by far, America’s biggest drug epidemic? No well-brainwashed person would admit to such thoughts!

Perhaps the young man was using kratom to help himself fight the depression brought on by the pharmaceutical drugs to which he was addicted.

Perhaps he was using kratom to break his pain pill addiction.

Was there a suicide note explaining the reasons for his actions? (If so, we will never see it.)

Being in and out of rehab facilities repeatedly says little for the success of their method of treatment, which relies heavily on using other drugs to break addiction to the first drug.

Most of the parties to this tragedy take the easy way out. They are motivated more by the money and power available to them, while ignoring the human misery and the costs to society. This is highly irresponsible of those who would be our leaders, but it is a familiar story in the modern USA.

On balance, kratom is a far greater blessing to a society plagued with prescription drug addiction, but it is easier, more expedient and more lucrative to maintain the status quo than it is to adopt a creative solution.

We entrust the political leaders we elect with the responsibility to spend our money for the greatest good. Are we naive to think they could turn down sizeable campaign contributions to keep this remarkable herb available for those with chronic pain, now and in the future?

Let us hope that some on that council will point out the truth that is being so artfully concealed.

What a cast of characters!:

The mother who brazenly twists the truth to conceal her cold heart.

Her only son — thrown out of the house by his parents — kills himself.

His mother finds a way to save face by blaming an herb and adopting as her purpose to prevent hundreds of thousands who depend on it for a better, safer pain relief, from having it.

Disowning a son and adopting a cause — how perverse is that?

What a tragedy, a modern day Oedipus Rex — a convoluted tale of intrigue and mistaken identity.

To speak up for kratom, please sign this petition