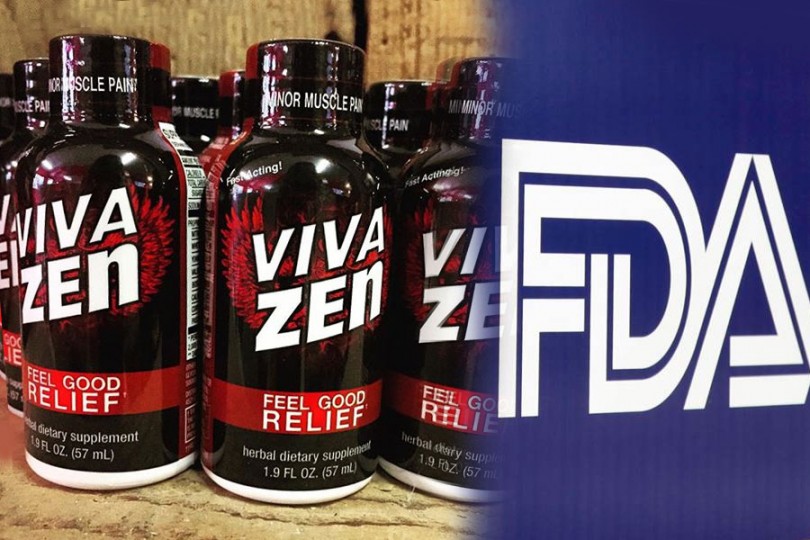 Vivazen, a shot-format herbal liquid supplement marketed for pain relief, has removed the controversial ingredient kratom from its formulation. The decision to do so comes out of the U.S. Food and Drug Administration (FDA)’s continued crackdown on kratom, a botanical that’s been characterized as producing opiate-like effects and addictive properties.

In February the FDA issued an “Import Alert 54-15” for kratom, made from the leaves of a tree native to Southeast Asia, effectively suspending its import into the United States for use as a dietary ingredient or supplement.

The FDA also pointed to scientific research concerning the toxicity of kratom with regards to internal organ systems.
“There is inadequate information to provide reasonable assurance that such ingredient does not present a significant or unreasonable risk of illness or injury,” the agency wrote.

The FDA also pointed to scientific research concerning the toxicity of kratom with regards to internal organ systems. In September, 2014, U.S. Marshals, on behalf of the FDA, seized more than 25,000 pounds of raw kratom (estimated to be worth more than $5 million) from Van Nuys, Calif.-based Rosefield Management.

Following the FDA’s suppression of the ingredient, a wave of negative press began surfacing around kratom and specifically Vivazen, which listed the ingredient on its label. In a news report aired in June, Birmingham’s WIAT called the product “addiction in a bottle.” Three months later a machete-wielding man robbed an Anniston, Ala. gas station, taking a half case of Vivazen with him in addition to the contents of the cash register. Online bulletin board Reddit has numerous posts of people chronicling their experiences with the drug.

Meanwhile, Vivazen sales rose dramatically, achieving a 1064.4 percent increase in dollar sales over the 52-week period dating from September 6, 2014 to September 5, 2015, when it reached $5.9 million according to Nielsen sales data.

The popularity of Vivazen has apparently led other companies to emulate its success, albeit illegally, according to United Naturals, the maker of Vivazen.
Following a brief period in which Vivazen was unavailable for purchase, the reformulated product has resurfaced on the company’s website with four new additions to its offerings, all of which are now CGMP-certified. Offering a range of functionalities, the new 2 oz. shots come in Bliss, Relax, Pain and Sleep varieties. Twelve-packs of Vivazen are sold on the site for $66.98.

The popularity of Vivazen has apparently led other companies to emulate its success, albeit illegally, according to United Naturals, the maker of Vivazen. The company filed a legal complaint against LXR Biotech and Capital Sales Company in the U.S. district court for the Eastern District of Michigan, accusing the companies of illegally manufacturing and distributing counterfeit Vivazen products.

United Naturals did not immediately respond to requests for comment for this story.