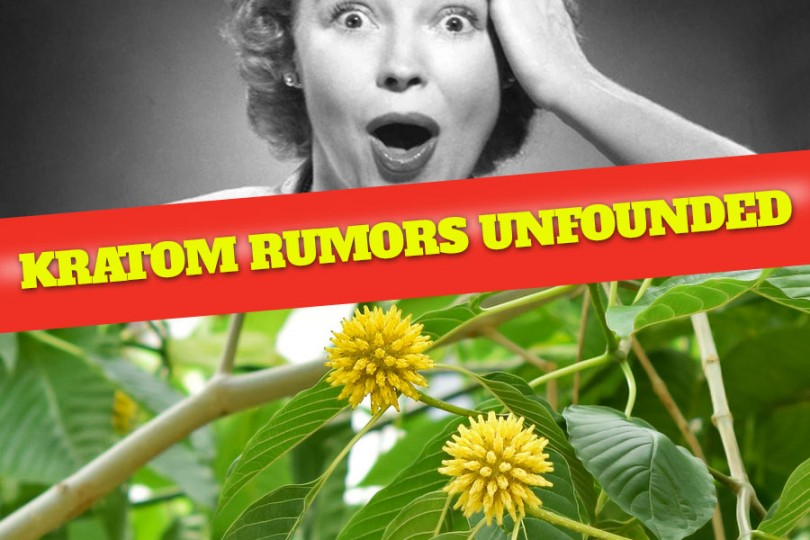 Kratom is a 100-percent-natural product. Related to coffee, it has provided safe and effective relief for hundreds of years as a natural analgesic, muscle relaxer, anti-inflammatory, and antioxidant. Kratom has also made a dramatic difference to those who suffer debilitating anxiety and PTSD. And, millions worldwide have successfully used it to overcome addiction to “hard” drugs that truly are dangerous and illicit.

Reputable distributors provide pure kratom as raw or crushed leaves and also in gel caps. We at the World Coalition for Botanical Development (WCBD) are aware of allegations and rumors that kratom is being laced with chemicals or synthetics, but to our knowledge not one instance has ever been proven. In an excellent series on kratom, David DiSalvo writes in Forbes that kratom is…a “‘clean’ drug compared to the others, which are mixtures of synthetic chemicals, many known to be toxic.”

As well, Paul Brennan, in an article in Wisconsin Watchdog, points to a New England Journal of Medicine study where it “examined 23,000 hospital emergency room visits caused by the use of herbal supplements. Neither kratom nor its active chemicals were involved in any of those incidents.”

Kratom is responsible for beneficial remedies and dietary supplements — in fact, kratom is not a drug at all, it is a plant derivative no more dangerous than a cup of coffee.

Mr. Brennan also cites Dr. Jack Henningfield, adjunct professor of behavioral biology at The Johns Hopkins University School of Medicine: “Anyone looking for a high, legal or otherwise, is going to be disappointed by kratom…Kratom has what is known as a ceiling effect. That is, the pain relief it provides in larger doses has a definite limit. No matter how much you take, it is never going to reproduce the effect of a morphine-like opiate. The best comparison is caffeine. People drink coffee or cola to get the stimulant effect of caffeine. But even drinking a lot of coffee is never going to produce the stimulant effect of amphetamines because caffeine also has a ceiling effect.”

No matter how much you take, it is never going to reproduce the effect of a morphine-like opiate.
In spite of all of this information regarding the overwhelming safety and beneficial nature of pure kratom, several states have prohibited it. Mr. Brennan reports that in Wisconsin “last year, two chemicals found in kratom were included in a long list of chemicals used to make synthetic opioids the state Legislature voted to classify as Schedule 1 drugs, despite the fact kratom is neither synthetic nor an opioid.” In a bit of encouraging news, there is a move in Wisconsin to reverse the ban. The state’s Controlled Substances Board (CSB) held a hearing in December to deschedule kratom.

Indeed, kratom, a totally natural botanical no more addictive than coffee, should have never been scheduled in the first place.